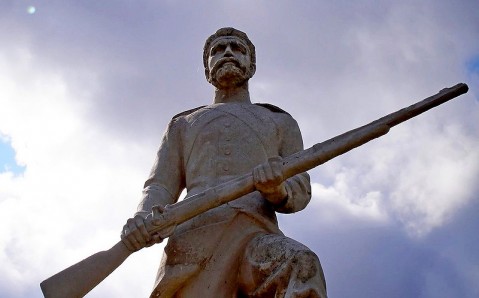 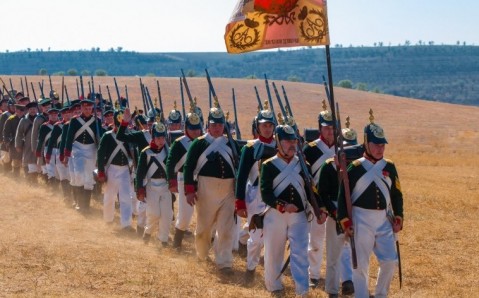 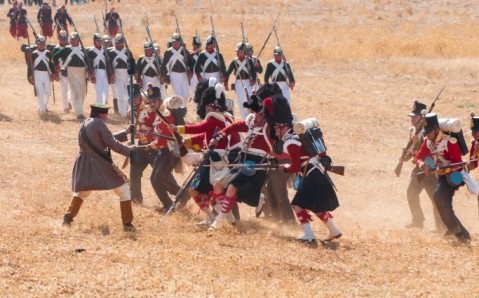 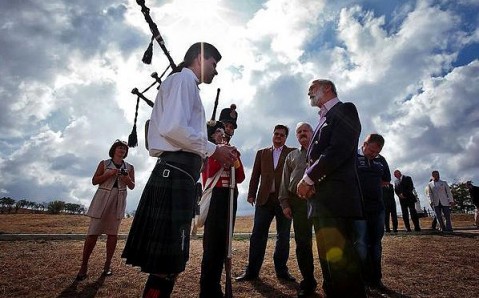 One of the very first and the bloodiest battles of the Crimean War of 1853 – 1856 took place at the mouth of the Alma River, not far from the modern village Vilino, in September, 1854. Today, the Alma Battlefield Memorial is situated there. It was created to commemorate the warriors who were killed in that large-scale and ambiguous battle. Historical military festivals and battle’s reenactments, which impress with their scale and accuracy, are organized on the field.

It was a battle between Russian forces on the one side and united army of three countries (Turkey, England and France) on the other. Russian troops occupied Alma’s left high bank and didn’t construct additional fortifications, relying on area’s natural impregnability. In the early morning, a detachment of French forces took advantage of this negligence, ascended the steep from the sea side and attacked the Russian left flank, which had to draw back.

At the same time, the right flank was engaged in the fierce frontal fight. Despite superiority of allied forces in strength and armaments, Russian army struggled to push enemy troops back by bayonet counterattacks. However, the losses were so great that Russian headquarters decided to retreat. Nevertheless, it is a mistake to consider the loss of the Battle of Alma as a defeat, if only because the Russian troops managed to stop allied forces’ advance to Sevastopol. Thereby, they won some time for the city, and it managed to prepare to the siege, which lasted 349 days.

The united English, French and Turkish army, on the other hand, didn’t dare to follow them and remained on the battlefield for the next three days: they helped the injured and buried the killed in three common graves – separate ones for Russians, Englishmen and Frenchmen. Losses of Russian troops were over five thousand injured and killed, and the enemy lost about three and a half thousand.

The first monument appeared on the Alma Battlefield, which had preserved the historic landscape and the war cemetery with burial places of Russians and Englishmen, in 1877. It is the stone monument that was brought from England and installed on the common grave of British officers. On the thirtieth anniversary of the battle (September 8th, 1884), the ten-meter-high obelisk of white Inkerman stone was installed to commemorate Russian warriors who were killed in the Battle of Alma.

In the year 1902, the high marble pedestal with soldier’s figure on the top was put to the left of the entrance to the complex. It is a monument to the soldiers of Vladimirskiy regiment – one of the oldest Russian regiments – which showed great courage in the Battle of Alma. This monument was Russian Empire’s first monument that immortalized a mere soldier, a person of lower rank. Warrior’s figure is notable for impressive expression: the soldier is depicted at the moment of an attack with arms at the ready.

The Alma Battlefield houses annual events, dedicated to the memory of the killed soldiers. These include battle’s large-scale reenactments, in which historical reenactment clubs from England, France, Russia, Ukraine, Belarus and other countries participate. The cousin of the Queen of England Elizabeth II, Prince Michael of Kent recently visited one of these reenactments.

Getting here. Take a bus from Bakhchysarai or Sevastopol to the village Vilino. Then, cross the bridge over the Alma River and walk up the left bank in direction of high stone obelisk, which can be seen from afar.

20 km. More info
The Monastery of the Holy Dormition