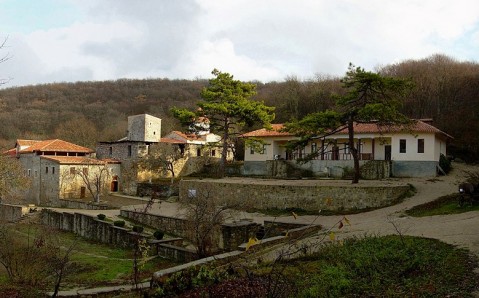 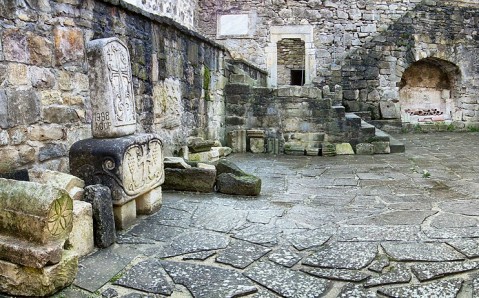 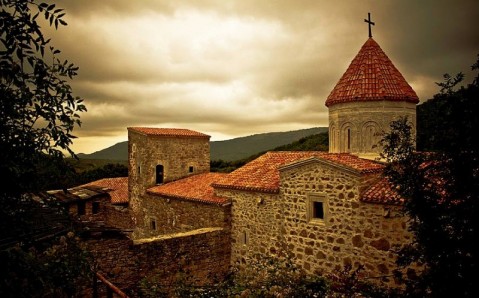 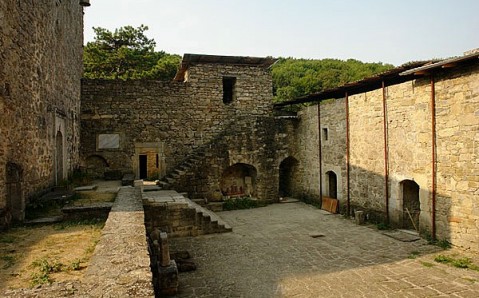 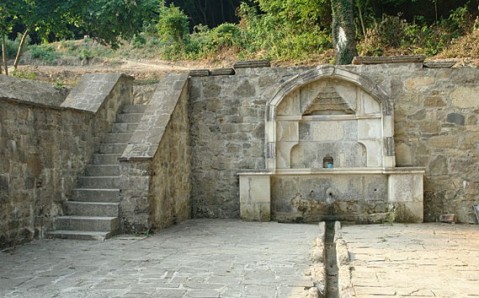 The medieval monastic complex Surb Khach is situated in the picturesque mountain and woody area, within three kilometers from the town Staryi Krym. Its name means Monastery of the Holy Cross in Armenian. Being reminiscent of an age-old defensive fortress, Surb Khach is one of the peninsula’s most interesting monuments of Armenian sacral architecture that preserve the spirit and atmosphere of the Middle Ages.

It is assumed that the monastery was founded by Armenian monks, in the first half of the 14th century. They ran away from Genoese’s policy of forced imposition of Catholicism to Staryi Krym. The monastery was developing very fast and soon became an important religious and cultural center for Armenians and popular pilgrimage place. In particular, its theological school made the monastery very famous. Surb Khach extended its influence not only over the Crimean peninsula, but over the entire Northern Black Sea coast too.

In the early 20th century, the Armenian monastery was closed. Its buildings were severely damaged during the World War II, and afterwards, they were plundered and abandoned. The reconstruction of the Surb Khach monastic complex started in the 1980s. Services were resumed in 1994, and the monastery was returned to the Armenian Apostolic Church in 2002.

Monastery’s ensemble is reminiscent of a defensive fortress. It consists of several buildings, raised in the period from the 14th to the 19th century. Their style is typical for Armenian sacral works of those times. The ascetic church Surb Nshan stands in complex’s center. It was Surb Khach Monastery’s first construction, built in the year 1358. The church is interesting for survived fragments of medieval painting in the first place. The bell tower stands near the church. And the monastic refectory, built in the 18th – 19th centuries, is located to the west of it. There are basements under its building. Today, refectory’s premises house museum exposition, devoted to Surb Khach’s vivid history.

Fraternal building with cells and courtyard are adjoined to Surb Nshan’s southern facade. The one-storey building of the monastic hotel is situated nearby. It was built in the second half of the 19th century, when monastery’s active spiritual and educational work attracted a large number of pilgrims. Hotel’s original building was destroyed in the 1940s, but later, it was rebuilt on the survived foundation.

A splendid orchard with two fountains is laid out on the premises of the monastery. Ceramic pipes used to supply them with water from the springs, situated higher on the hill. Stairs with five staircases link the refectory and the fountains.

Although the monastic complex Surb Khach is currently under reconstruction, this amazing monument of medieval Armenian architecture is open to the public.

Getting here. You can reach the Surb Khach Monastery by route bus, which goes from Feodosiya to Staryi Krym. Then, you need to walk about 3,5 kilometers to the south-west along dirt road running from town’s western outskirts.