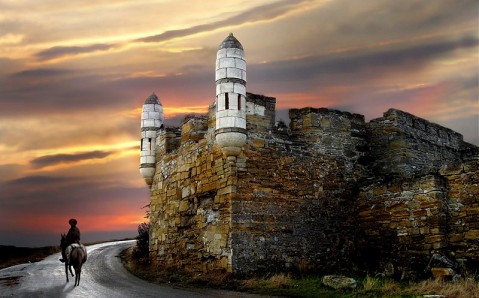 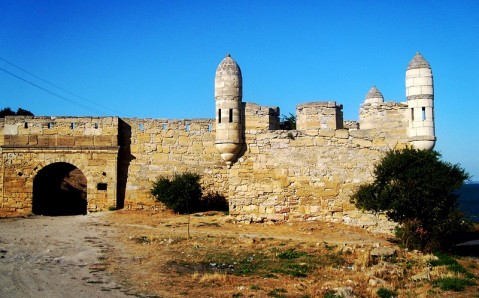 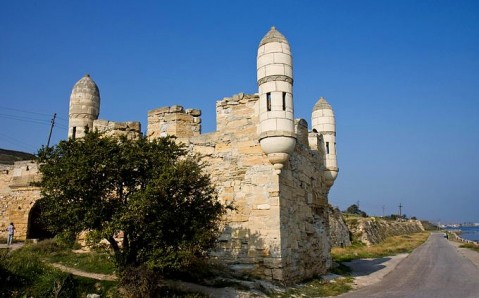 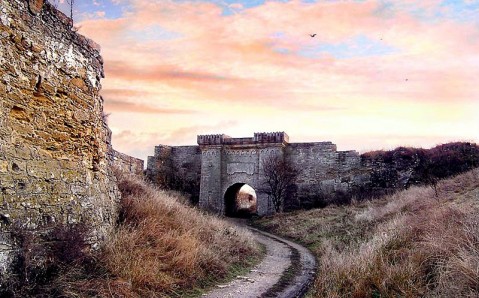 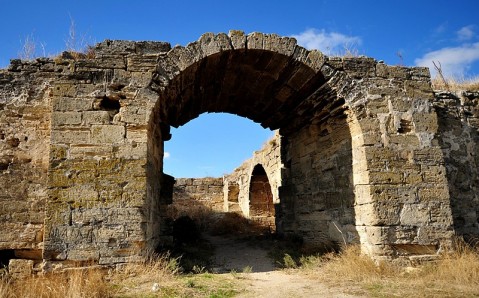 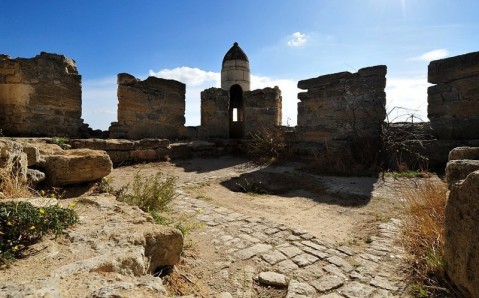 The former Turkish fortress Yeni-Kale, whose picturesque fragments stand on the coast in the eastern part of the city, is a valuable monument of architecture and is reckoned among the most interesting and symbolic attractions of Kerch. The powerful fort with original shapes was built by Turks in the early 18th century, during aggravation of the conflict between the Ottoman and the Russian empires, caused by longtime rivalry for dominance in the Black Sea.

Fortress’s construction was supervised by an eminent Italian architect with assistance of French engineers. Built within several years, the fortifications were called Yeni-Kale, which means New Fortress in Turkish. Situated on the steep shore of the Kerch Bay’s narrowest part and armed with massive guns, the fort had a high strategic importance for Ottomans and brilliantly performed its primary function: prevented Russian Empire’s ships from moving in direction of the Azov Sea and the Black Sea. In addition, Yeni-Kale was a residence of the Turkish pasha.

Occupying the territory of almost 2,5 hectares, the fortress was shaped as an irregular pentagon, surrounded by castellated walls, and was situated on several levels, due to complex coastal relief. Five semi-bastions fortified building’s corners; some of them were put far beyond walls’ perimeter. They were able to withstand a long siege and enemy’s powerful artillery fire. A deep ditch, surrounding it on three sides, was an additional protection for Yeni-Kale.

A well was dug inside the fortress, but its fresh water wasn’t sufficient for all local residents. The problem was solved by constructing an underground ceramic water supply system that connected Yeni-Kale to a spring, located a few kilometers away from the fort. In addition, fortifications’ territory housed two gunpowder storehouses, arsenal, mosque, bathhouse and dwelling houses.

In the second decade of the 18th century, the conflict between two hostile empires was temporarily settled and Yeni-Kale predominantly served as customs point. Thanks to its favorable location, the fortress had already become a brisk trade center by that time. But, fifty years later, the Russian Empress Catherine II has announced her intention to return to the solution of the Black Sea issue. Sultan of Turkey decided to forestall her and unleashed another Russian-Turkish war, but lost it. In the summer of 1771, the Ottoman garrison, in spite of reinforcements sent from Istanbul, left Yeni-Kale and yielded it up without a fight. A few years later, the fort and the whole Kerch became part of the Russian Empire.

Soon, the fortress lost its defensive importance and a military hospital was situated on its premises. About fifty years later, it was closed and the fortress was abandoned. Only picturesque gates, several walls and a bastion with elegant turrets, towering over the sea, survived from the formerly strong fort until now. Most importantly, however, is that this place has preserved inimitable atmosphere and spirit of its time.

Getting here. It is possible to reach Yeni-Kale from the Kerch bus station by bus №24.

7 km. More info
The History of the Defense of the Adzhimushkay Quarry Museum