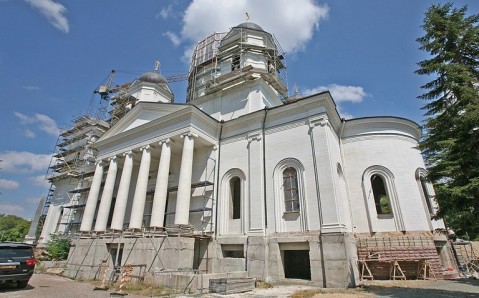 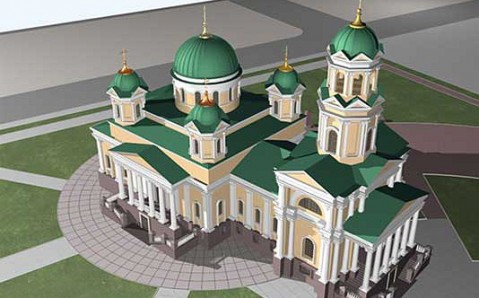 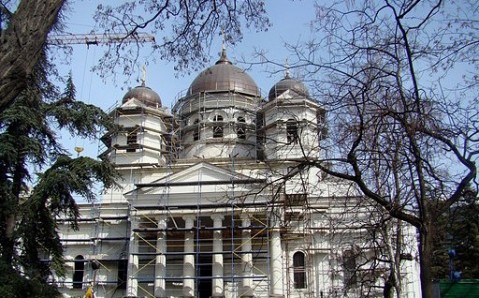 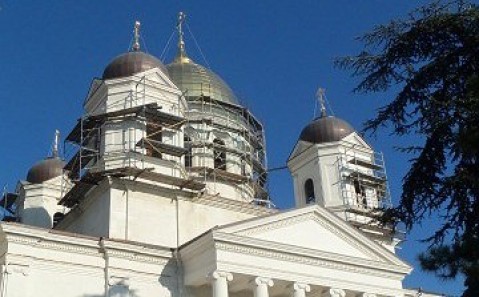 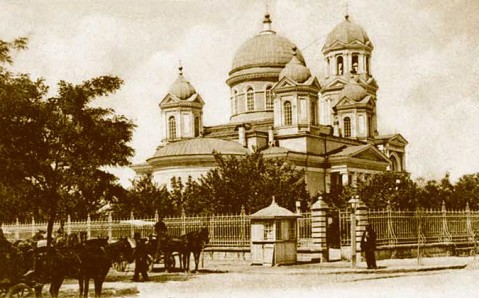 The Church of St. Alexander Nevsky

Today the Church of St. Alexander Nevsky - that over a century was Simferopol's main temple - is rightly considered to be one of the most beautiful and magnificent cultic buildings in Simferopol. It amazes not only with its imposing and harmonic forms, but with tough and tragic destiny that ended with temple's rebirth.

The idea of building large cathedral in Simferopol to honor Saint Alexander Nevsky came to Russian Empress Catherine the Great, who visited town in 1787. However, temple's construction was postponed for a long time, because of Empress's death. It was resumed only in 1804, upon consent of Imperator Alexander I, who personally chose the place for new temple. The best experts from all over Russian Empire were involved in construction. And in 1829, the Cathedral of St. Alexander Nevsky that reckoned among Simferopol's first monumental buildings opened its doors for local residents, who immediately named it an architectural masterpiece.

Having taken in the best traditions of Russian classical school, the Church became Simferopol's true architectural gem. Its forms were notable for perfectly harmonic strictness, and intricate iconostasis reckoned among the best classical works. Valuable relicts, including icons and church objects presented by Catherine II to the Cathedral of St. Alexander Nevsky, were kept here.

In the early 20th century, tragic twist occurred in temple's destiny. In 1918, the bell tower was destroyed, and the Cathedral was soon closed and turned into storehouse for church utensils, which were brought here from other Crimean temples. In 1930, the Cathedral of St. Alexander Nevsky was erased with a powerful blow and city park was laid on its place.

And only in the early 21st century, Simferopol's important historical and architectural monument was reconstructed. Although new project is significantly different from original one, the newly built Church of St. Alexander Nevsky is no less majestic and grandiose. Today its large and bright building is one the town's brightest adornments.

The Central Museum of Tavrida