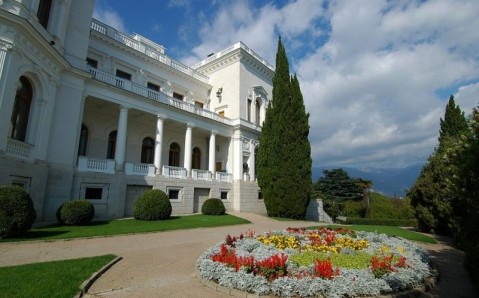 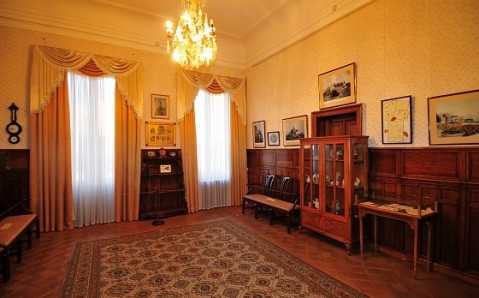 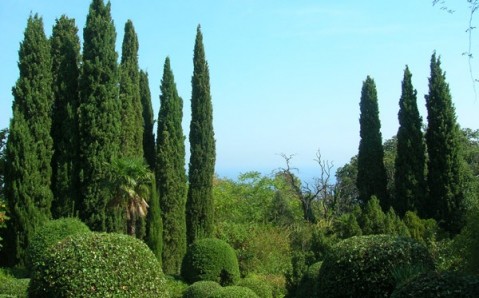 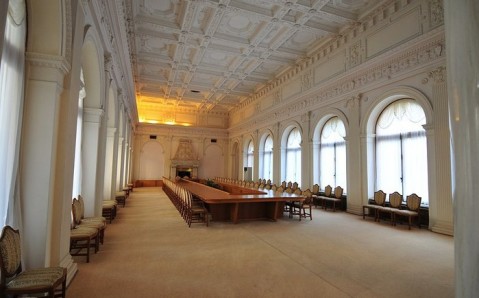 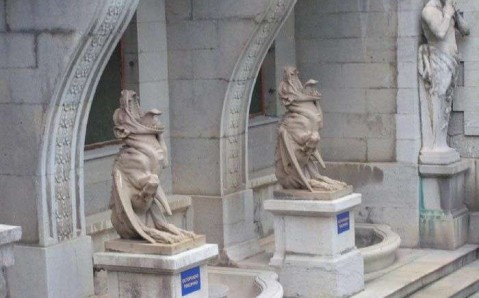 The white-stone Livadia Palace, which served as a summer residence for Russian emperors in the 19th - 20th centuries, is not just the most beautiful architectural installation of Crimea’s southern coast, but also an important historical monument. Here, Allied leaders defined the fate of the post-WWII world.

The history of the palace began in 1834, when Polish magnate Lev Potockiy bought the tiny Livadia village near Yalta and built his mansion here. Thirty years later, emperor Alexander II bought the mansion and made it his summer residence. On the tsar’s orders, the house was rebuilt and turned into a real imperial palace.

By the beginning of the 20th century, the palace became decrepit and emperor Nicholas II, the palace’s master at the time, ordered it to be destroyed and a new palace to be built. Yalta’s architect Nikolay Krasnov was given the project, and he created a real architectural masterpiece, which blended harmoniously with the picturesque landscape.

Livadia Palace was built in Italian Neo-Renaissance style; however, Byzantine, Eastern and Gothic motifs were also added to it. The rooms are also decorated in different architectural traditions. An Italian yard, full of roses, gives the palace a special charm. It served as the setting for many movies.

When the Soviets came to Crimea, the Livadia Palace was used as a sanatorium for peasants. Later, it was transformed into medical resort. But the event that burned the palace into the pages of history happened at the beginning of 1945. The Yalta conference took place here, and leaders of USSR, USA, and UK discussed politics in a post-WWII world.

The Livadia Palace temporarily served as Franklin Roosevelt’s quarters. America’s president was so taken by the palace’s beauty and grandeur that he asked Joseph Stalin to buy it, but the Soviet leader refused. Important international meetings still take place in the Livadia Palace.

Today, the palace is a museum. Two exhibitions are here: one devoted to the Yalta Conference, and the other to the life of emperors and their families. The museum’s collection has many rare exhibits.

There is a beautiful park near the Palace. Created almost 200 years ago, it is one of the oldest on the peninsula. On its territory starts the famous 6.5 kilometers (4 miles) long Solnechnaya (or Tsarskaya) Tropa, which means the Sunny (or the Tsar’s) Path. It is almost horizontal, without steep hills. It is a remarkable path with picturesque scenery, decorative sculptures, unusual benches, and exotic trees and bushes.

Getting here. Buses 32 and 47 go here from Yalta’s flea market.