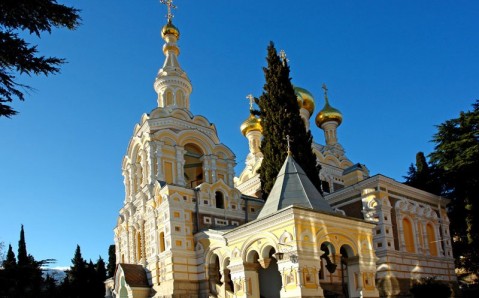 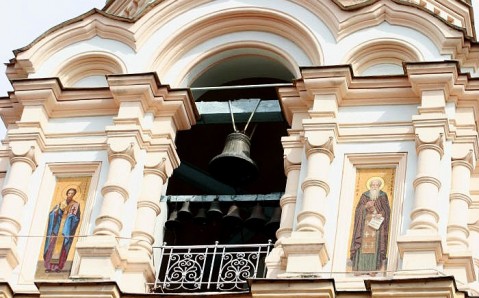 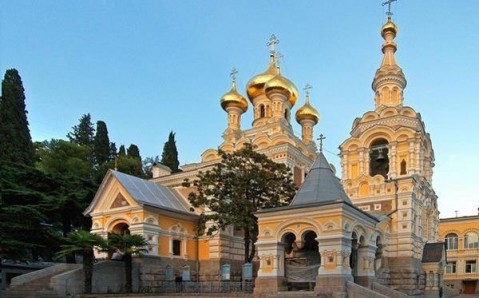 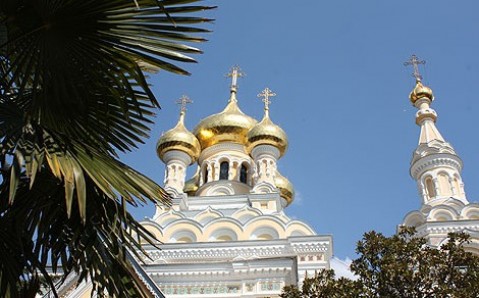 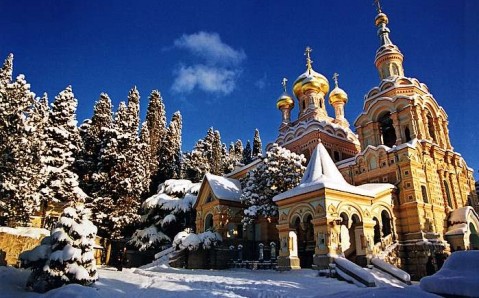 When Imperator Alexander the Second was mortally wounded in terrorist act on March 1, 1881, construction of cathedrals in his memory started all over the Russian Empire. Yalta - the Russian Tsars' favourite summer resort - wasn't an exception. The temple's construction started in 1891 - on the tenth anniversary of the Imperator's death - on the funds collected by not indifferent citizens. The first stone in its foundation was laid by Empress Maria Feodorovna - the wife of Alexander the Third, who had personally approved the Yalta Cathedral's design. In the year 1902, the Alexander Nevsky Cathedral was solemnly opened and consecrated with participation of Tsar's family headed by Nikolai II.

Today this is Yalta's main operating orthodox temple. It is a wonderful sample of the Russian church architecture and is surprisingly reminiscent of the Moscow's temples from 17th century. Thanks to the decor's richness and variety, as well as light colors the temple looks incredibly beautiful, smart and airy. Its main decoration is the magnificent mosaic icon of St. Alexander Nevsky that was inlaid by Italian master Antonio Salviatti's followers and installed in granite frame outside the cathedral. Church's interior decoration impresses no less than its exterior: its walls were painted by Venetian masters and icons were created by the most famous Russian icon painters.

There is a three-layer bell tower with eleven domes cast in Moscow, as well as a church house in the Old Russian tower style near the cathedral.

In Soviet times the Alexander Nevsky Cathedral, as well as the majority of other sacral buildings, was closed. Sports club was situated here, and the Teacher's house was placed in the church house. The domes were sent for remelting. Only after the World War II the Cathedral started to function again.