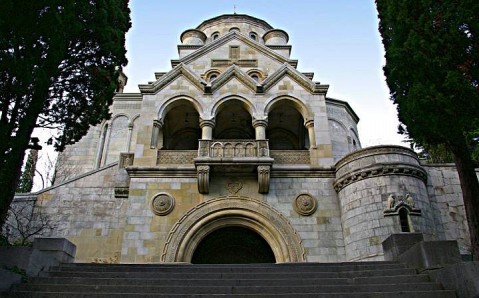 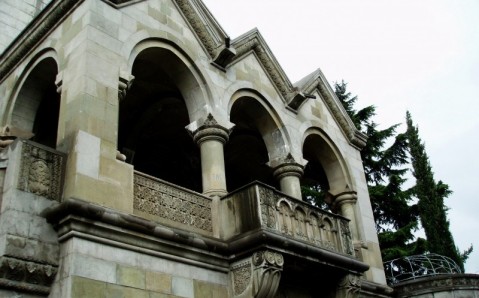 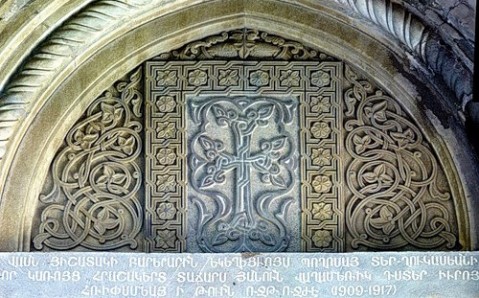 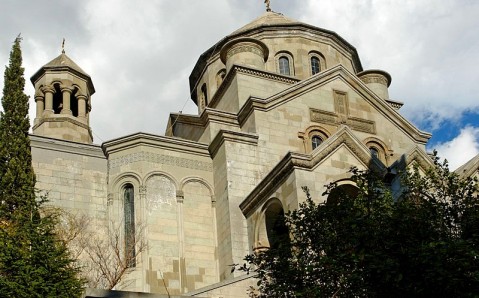 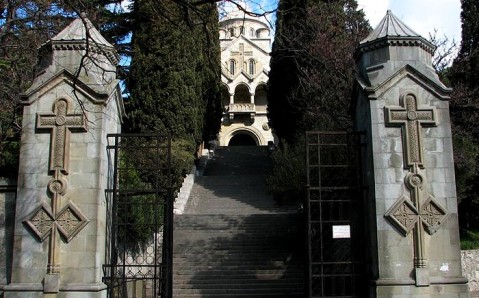 Standing on the steep Darsan hill's slope, Armenian Church is considered to be one of the Yalta's most impressive architectural masterpieces. It was built in the early 20th century to order and on money of major Armenian oilman in his daughter's memory, who passed away untimely and was buried in the temple's burial vault.

Famous architect Gabriel Ter-Mikaelyan managed the church's building, and talented artist Vartkes Sourenyants created building's design. An image of medieval Saint Hripsimé Church - a part of Etchmiadzin's Monastery in Armenia and a UNESCO World Heritage Site - was laid in the project's base.

The temple is built from Foros volcanic tuff in ancient Armenian style and is notable for strict and laconic forms, only tracery that decorates church's walls serves as an intricate decor. The building is crowned with conical dome, standing on elegant tholobate.

Wide stone stairs framed with two lines of slim cypresses lead to the southern facade, where so called false entrance to the church is located. It is carried out in form of arched niche. Another stairs run from it to the western - real - entrance. The temple's most impressive inner part is skillfully painted dome over grandiose marble iconostasis decorated with majolica tiles and gilt details.

The Armenian Church's building was severely damaged during the World War II and misused for a long time after the war. In particular, historical and archeological department of Yalta's museum of local lore was located here. In the late 20th century the Church was restored and is now an operating temple.