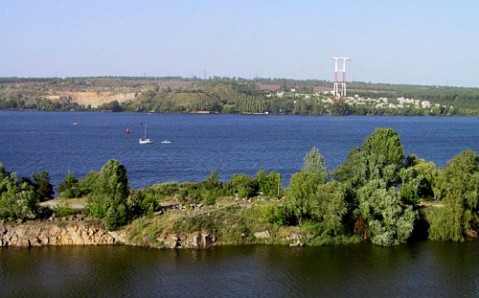 Kodak Fortress Ruins • Dnipro
The Kodak Fortress is an ancient Polish citadel, whose remnants are situated in a picturesque place on the high bank of the Dnieper River, in the village Stari Kodaky near Dnipropetrovsk. Built on the order of the Polish King Wladislaw IV in order to control Zaporizhzhian Cossacks, it passed into history thanks to its short, but vivid and unconventional life. Fortress’ construction started near th
more Show on map
Freedom Square • Kharkiv

The Exaltation of the Cross Monastery • Poltava
Built in 1650 on the hill near Vorskla River, the Exaltation of the Cross Monastery is considered to be one of the best samples of Ukrainian baroque architecture and one of Poltava's most interesting sights. However, it's not just a valuable architectural monument - many important historical events are connected with the cloister. In the late 17th century, the monastery was captured and ransacked
more Show on map
The National Historical-Cultural Reserve ‘The Field of the Battle of Poltava’ • Poltava