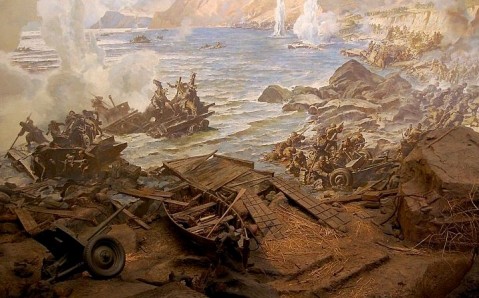 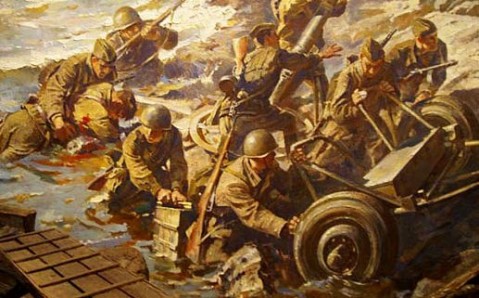 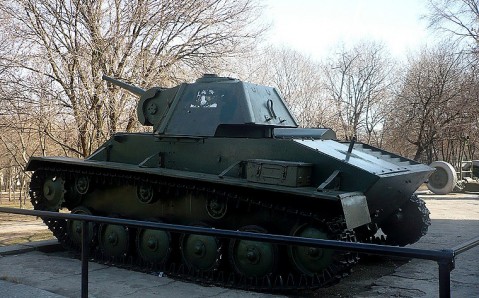 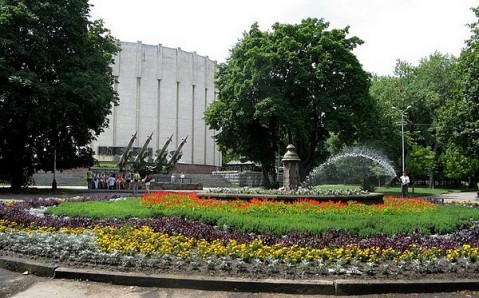 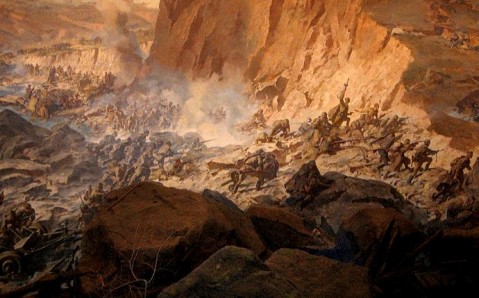 Opened in Dnipropetrovsk on the 30th anniversary of the victory in the Great Patriotic War, the Diorama ‘Battle of the Dnieper’ is the largest diorama in the country and one of the largest in the world. It is the key element of astonishing memorial complex, devoted to Dnieper’s forced crossing and city’s liberation from the fascist invaders, that is situated in the city very heart.

The Battle of the Dnieper was one of the most large-scale battles in the world history. It was the series of interrelated strategic operations that took place on the Dnieper River banks in autumn, 1943, during the Great Patriotic War. It was the first forced crossing of strategically important water body in the war history. It was done in course of hard offensive battles in extremely difficult conditions and resulted in liberation of the left bank of the Dnieper River from the German-fascist invaders. The Battle of the Dnieper was a rare example of such a large and rapid forced crossing of such a wide water barrier, accompanied by fierce resistance of large enemy forces. About four million people participated in the battle from both sides, and its battlefront stretched over 1 400 kilometers.

The Diorama ‘Battle of the Dnieper’ is unique monument, commemorating the Soviet soldiers’ heroic deed. It was created by eminent battle-scene painting professionals and amazes with its scale and grandiose implementation: 230-degree radius of the field of view, deep object plane, created from the remains of fortifications, weapons, crossing equipment and other military attributes. A special lighting and sound effects create an impression of being present at the forced crossing of the Dnieper River. The artists studied the battle participants’ documents, their memories, letters, orders, and military reports, in order to recreate all episodes of the heroic battle as convincing as possible.

The area near the building, which houses the diorama, is occupied by the permanent exhibition of Soviet military equipment from the Great Patriotic War and the World War I: tanks, anti-aircraft guns and howitzers.