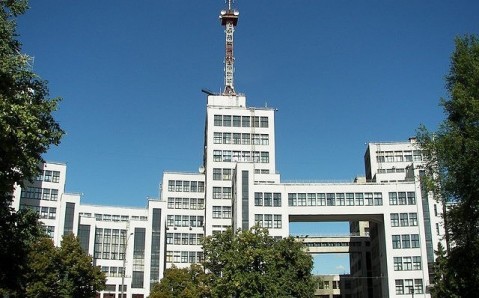 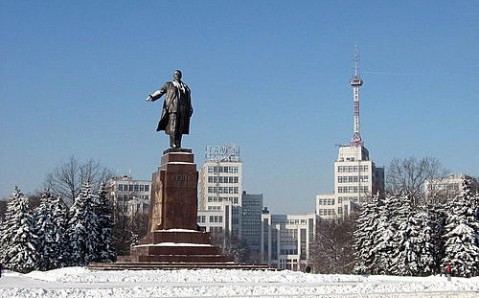 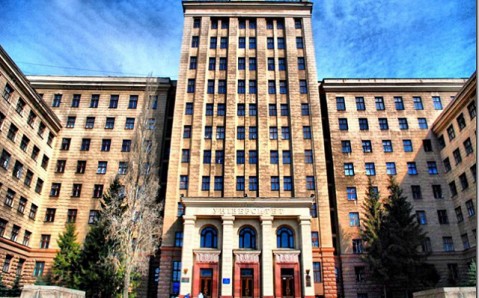 It appeared in the early 20th century - soon after Kharkiv was pronounced Ukrainian Soviet Socialist Republic's capital - and was planned as town's administrative center. The crown jewel of Freedom Square's architectural ensemble is an interesting Gazprom complex, carried out in constructivist style. This unique architectural and historical monument is considered to be the first skyscraper on the territory of the Soviet Ukraine and consists of several buildings connected by passages at different levels.

One more notable element of Freedom Square's architectural ensemble is the building of Kharkiv National University, founded in 1805. It is one of country's oldest and largest higher education facilities.

And quite recently, 11-story five-star hotel 'Kharkiv Palace' was built at the square, extra for the European football Championship 2012. The hotel's building was designed in constructivist style, which is typical for the square, and, therefore, it harmonically blended in its ensemble.

Since its origin and until now the Freedom Square is the center of Kharkiv's cultural and public life. Town's major holidays, national festivities, fairs, concerts and other mass events are carried out here. The greatest number of people - over 250 thousand - gathered on the Square on September 12, 2008, when the legendary band 'Queen' performed here. 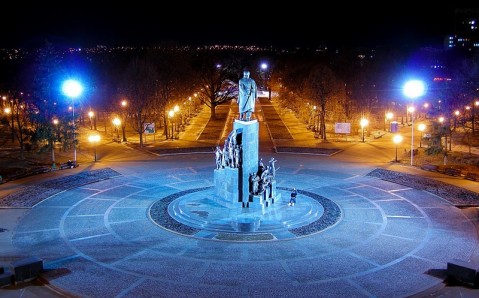