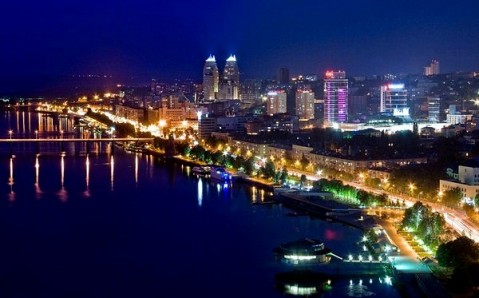 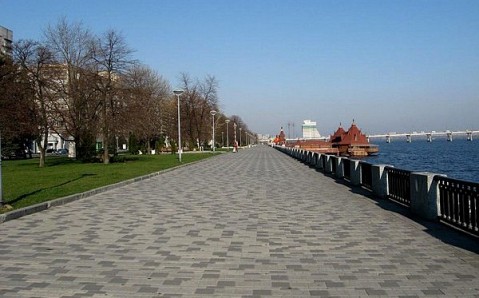 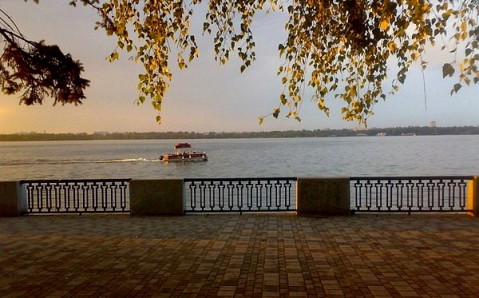 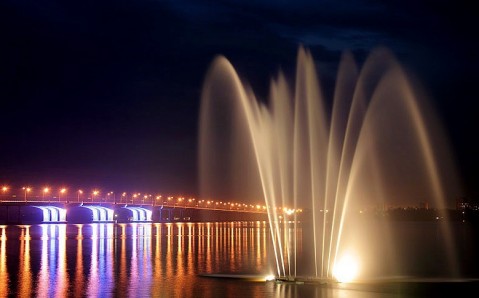 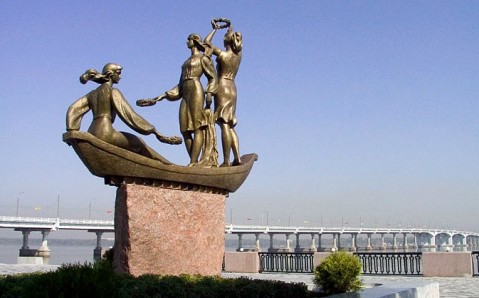 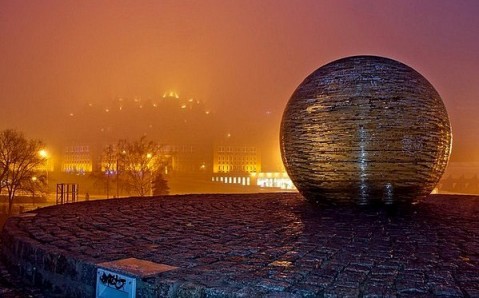 The Dnipropetrovsk Quay, stretching along the right bank of the Ukraine’s main water artery for almost 30 kilometers, is considered to be the longest one in the country and in the whole Europe. It is one of the most well-known and frequently visited places in the city, Dnipropetrovsk’s trademark and locals’ pride.

The beautified street with boulevards in the center appeared at the Dnieper River relatively recently – in the second half of the 20th century. Formerly, countless storehouses and small factories were situated there, piles of industrial waste stretched for many kilometers. Therefore, the Dnipropetrovsk riverside area had nothing to do with recreation. But then, being one of the neatest streets in the city, equipped with all necessary facilities, it is a popular strolling place now. Valuable monuments, original sculptures, cafés and restaurants are situated along the favorite quay of Dnipropetrovsk’s locals and guests.

Its main attraction is the music fountain White Swan that stands in the water body not far from the bank. Thanks to unique swimming construction, the fountain can change water flow direction, and its jets assume varied shapes. The height of the central jet is 50 meters, and the movement of side jets creates an effect of swan wings’ flapping. Special lighting and lasers create different light compositions on the so called screen, made of water dust.

Another attraction of the Dnipropetrovsk Quay is a step pyramid that stands on the Festival Pier and is crowned with a green glass sphere. Considering construction’s similarities to well-known Masonic symbols, some people call it the Masonic Eye. Others nicknamed the unusual sculpture the Ball of Wishes and introduced a tradition to write their wishes with white paint on it.

Visitors’ favorite place at the quay is a cozy eight-meter-long terrace, where one can hide from the urban fuss and from scorching sun in summer. There is an opportunity to rest under summer café’s tents, fish at the Dnieper River or just go for a walk. In addition, the city quay features amphitheater and several observation areas, which cast wonderful views on the river.

The Dnipropetrovsk Quay is especially charming in the evening, when it is illuminated by hundreds of original lanterns with sodium lamps that stand along the street. 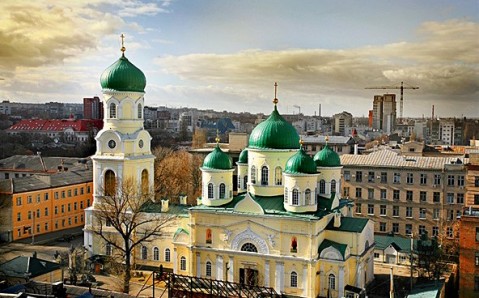