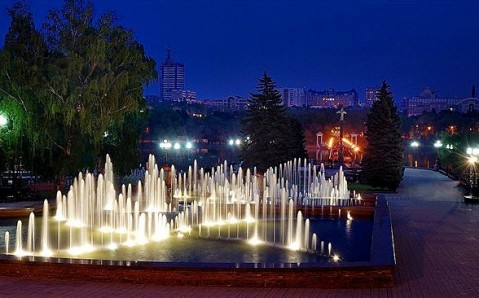 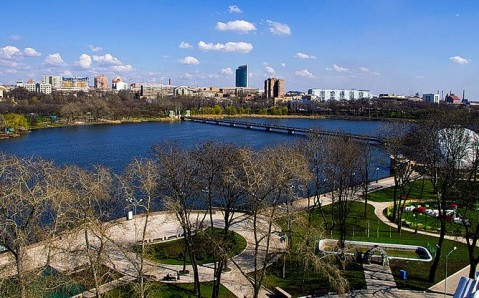 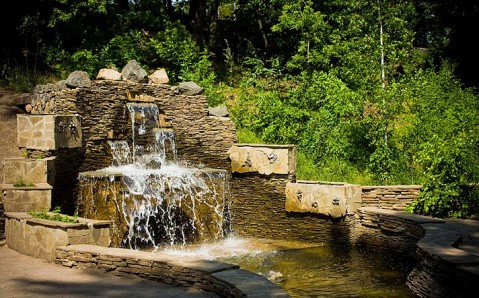 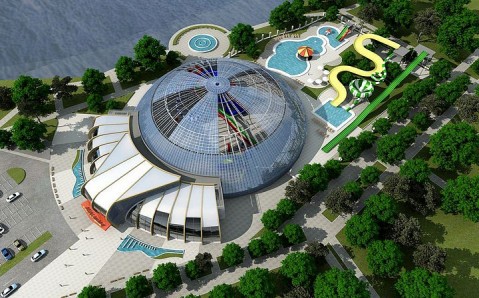 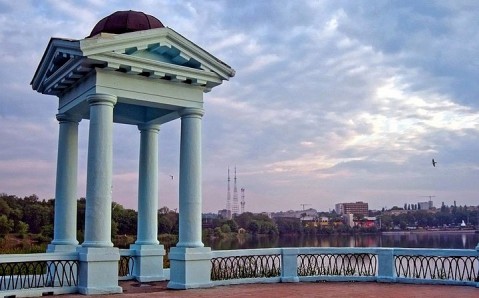 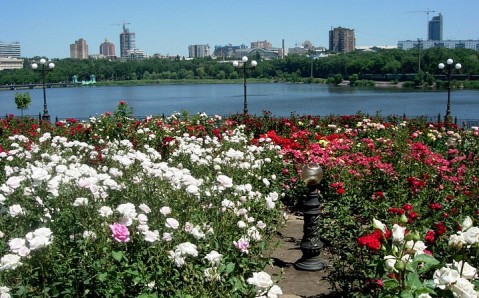 The Shcherbakov Park of Culture and Recreation is Donetsk’s central park, its trademark and favorite recreation place for residents and visitors alike. Stretching along the interconnected ponds and perfectly equipped with all necessary amenities, it is rightly considered to be one of the most beautiful parks in the country. Well-attended paths with comfortable benches and cozy pergolas, original sculptures, magnificent fountains, luxurious rose garden, and a huge number of park amusements make the Shcherbakov Park the most visited place in Donbas capital.

The territory on the western bank of the city ponds, which is now occupied by the park, was a popular strolling place for local residents long before it was decided to make it an official recreation area and the city park was laid out on the territory of 120 hectares, in the 1930s. It was divided in outdoor theme zones, where locals could rest and find entertainment to fit any taste.

Thirty years later, many various kinds of trees and decorative bushes were planted there, cinema and concert hall, summer theater and dancing area were built, about twenty park amusements for children and adults were installed, and two fountains were opened. Since then the Donetsk central park is annually renovated, acquiring new and new objects, becoming more and more beautiful and attractive. Thanks to its picturesque landscapes and modern infrastructure, it can compete with renowned European park areas.

Shcherbakov Park’s main attraction, however, is the magnificent 330-meter-long pedestrian bridge, thrown over the city pond. It is decorated with two four-pillar rotundas with half-spheric domes and looks especially beautiful in the evening, when the lanterns are lit on its sides. The bridge leads to park’s central part, where another attraction is situated: the monument ‘Kind Angel of Peace.’ It is a granite column, above which a golden figure of an Angel, holding a dove (the symbol of peace and hope), rises.

Visitors can find one of the park area’s newest objects, the water park Aquasfera, which is reckoned among the largest ones in the country, as well as a complex of modern rides, Ferris wheel, roller-skating area, and renewed boating station nearby. To the left from the monument, park’s main fountain and amazingly beautiful rose garden are situated. It is due to this rose garden that Donetsk used to be called the city of million roses for a long time. Numbering over 30 thousand roses, it is the largest garden of this kind in the country. The roses are pleasure to visitors’ eye almost all the year round thanks to the fact that after early species of flowers fade, the later ones start blossoming.

In addition, the Shcherbakov Park has children’s areas with playgrounds and swings, dolphinarium and rope park, featuring two routes – for children and for adults. Those who prefer calm recreation can rest in the Japanese garden, where several interconnected ponds with waterfalls and small bridges hide in the verdure of tall trees.