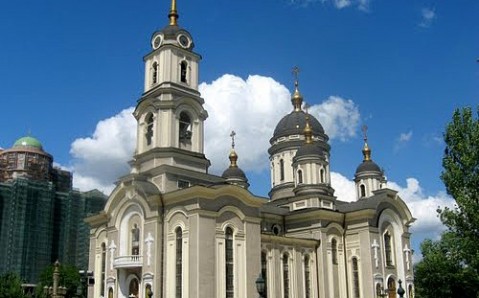 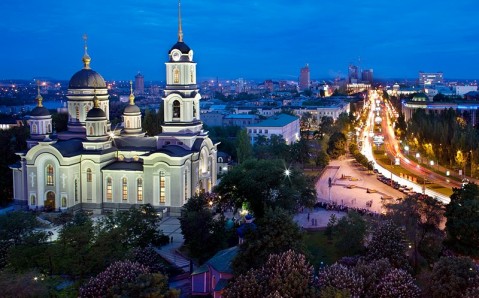 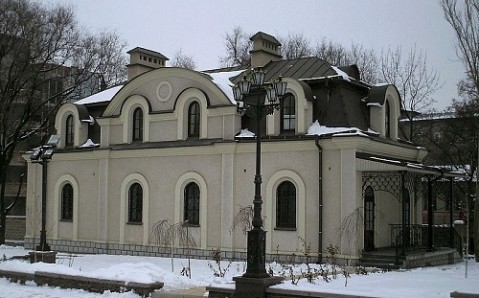 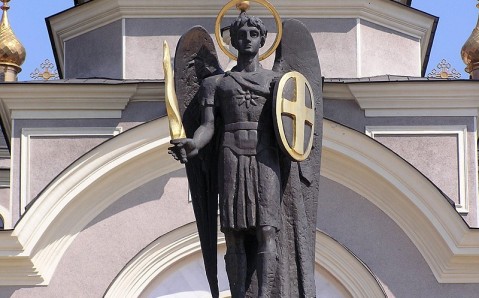 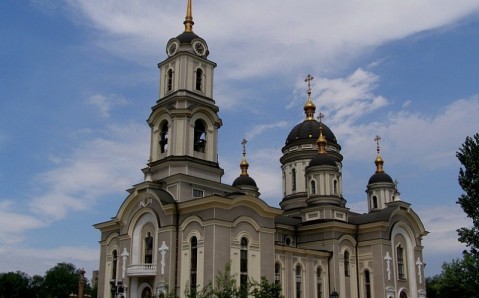 The Cathedral of the Savior’s Transfiguration is the main Orthodox temple in Donetsk and its majestic building is called one of the most beautiful constructions in the city. Towering above the central square, it is Donbas capital’s true adornment.

The construction of the Donetsk first stone Orthodox cathedral started in 1883. It was built on the money, collected by parishioners, on the place of the wooden praying house. The project of the future church was developed by the prominent architect, the author of the well-known Moscow Cathedral of Christ the Saviour. This explains some similarities in proportions of Donetsk and Moscow temples. Built within one year, the Cathedral of the Savior’s Transfiguration was one of the most beautiful and interesting constructions in Donetsk.

Church’s appearance was completed somewhat later: bell tower (the tallest structure in the city), two side chapels and refectory were adjoined to the one-dome building, and four domes were added. However, locals had a chance to admire the temple only for a short time: in 1930, the Cathedral of the Savior’s Transfiguration lost its bells and a year later, it was blown up and razed.

The idea to restore the church came up only after Ukraine became independent. In 1996, construction of a new temple started. Although, the new cathedral has preserved general appearance of the former church – five domes and a high bell tower – it is not an exact replica of the blown up shrine. The new Cathedral of the Savior’s Transfiguration stands on the other place, it is more monumental, beautiful and majestic, and can accommodate up to three thousand people. It amazes with its harmonic shape and exquisite décor.

Temple’s interior is as impressive as its exterior. Three very beautiful carved iconostases with partial gilding and easel painting are installed there, the walls are adorned with gorgeous frescos, and the floor is tiled with artistic ceramic tiles. The windows feature charming stained-glass patterns, and luxurious custom-made chandeliers shine at the ceiling.

The three-tier bell tower is adjoined to the cathedral. All tiers are linked with elevator and stairs, and the last tier, where the clock is installed, is often used as an observation deck, offering wonderful views of Donetsk downtown. The bell-tower is topped by a small dome with long spire, thanks to which the Cathedral of the Savior’s Transfiguration can be seen from city’s most quarters.

The bronze statue of the Archangel Michael, which formerly stood on the Maidan Nezalezhnosti in Kyiv, stands in front of the temple. The capital presented it to Donetsk, in 2002, in response to its earlier present – a copy of the famous Mertsalov’s Palm.