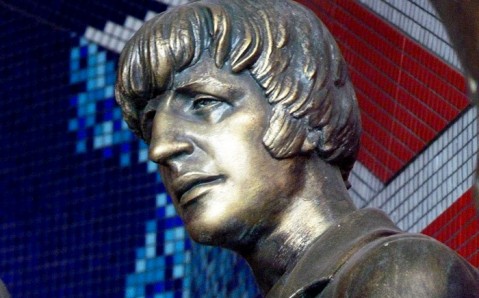 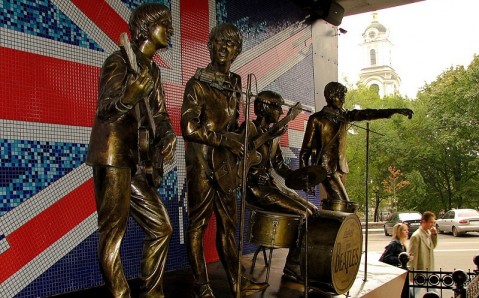 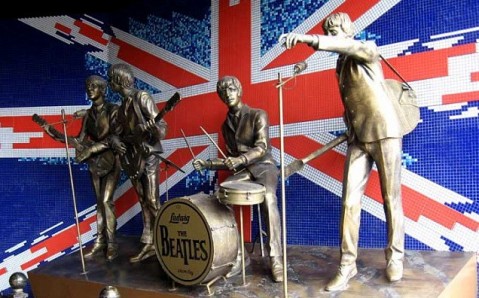 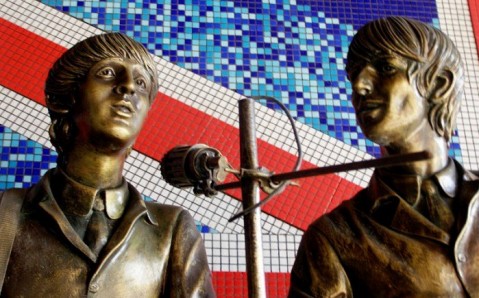 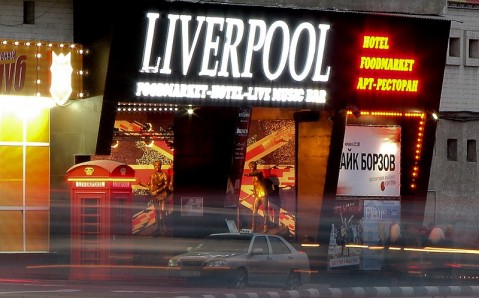 Donetsk has many places, connected to the Great Britain in one way or another. It is not surprising, given that the city was founded by the Welsh industrialist John Hughes, who was engaged in coal mining and steel production, in the middle of the 19th century. However, the most popular of them is the monument to the well-known British rock band The Beatles. It stands near the hotel and restaurant complex Liverpool, decorated in the spirit of the legendary quartet. Installed in Donbas capital’s downtown, in 2006, the unusual monument immediately acquired the informal status of one of the city's many attractions and enjoys visitors’ constant attention.

It is said that the idea to create the monument belongs to a Donetsk businessman who, travelling through Europe, didn’t find many worthy monuments, devoted to the legendary band that made a huge contribution to the history of the world music, in the Old World. Having returned to his native Donetsk, the entrepreneur decided to immortalize the well-known musicians.

Liverpool quartet participants’ full-length figures were made by a sculptor from Kharkiv. In order to make them as realistic as possible, he watched countless number of The Beatles’ performances. The sculptures, made from special alloy and painted in bronze, depict band’s members during a concert: in typical postures and with musical instruments in hands.

An acoustic system, always playing the most popular songs of the Liverpool quartet, is installed near the monument. The British flag mosaic covers the wall behind the figures of John Lennon, Paul McCartney, George Harrison and Ringo Starr. And the area around the monument has long been nicknamed as Donetsk British quarter, thanks to multitude of decorative elements and architectural objects made in the English style.

In the evening and at night, The Beatles monument is illuminated with bright lights.