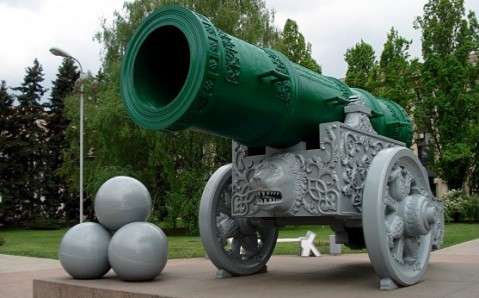 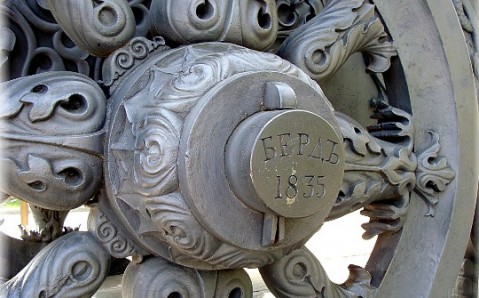 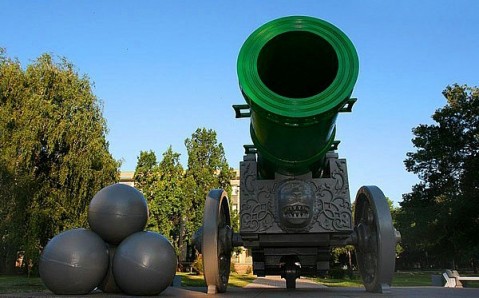 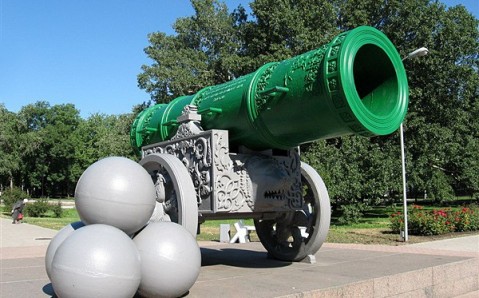 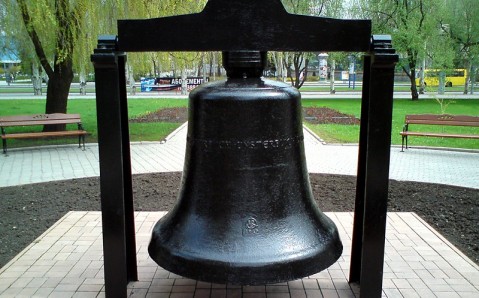 Tsar Cannon and the Bell

Made by Russian craftsmen, the Donetsk Tsar Cannon is an exact replica of the renowned Moscow Tsar Cannon, which was cast in the late 16th century and is recognized as the weapon with the largest caliber in the world. Moscow presented it to Donetsk in 2001, and since then it adorns the square in front of the Donetsk City Hall.

It is said that the mayor of Moscow agreed to make such a present on a condition that the replica of the legendary cannon will be smaller than the original. The demand was implemented: the Donetsk cannon is somewhat shorter and has smaller caliber than the Moscow one. Moreover, the replica was casted from cast-iron and not from bronze as the original Tsar Cannon. However, the Donetsk cannon excels its prototype in one parameter: it weighs 42 tons as against 39,4. By the way, there is an opinion that the cannon got its name thanks to its imposing tsar’s size.

Given its huge dimensions, the Donetsk copy of the Tsar Cannon required special pedestal, which was produced by local craftsmen. Made of the most durable granite, the 30-centimeter-high pedestal occupied an area of seven by seven square meters. The cannon is installed on a cast-iron gun carriage, and decorative cannonballs lie near it. Donetsk locals and guests, who come to admire the giant cannon, often attempt to throw bits into the muzzle of the Tsar Cannon. It is believed that the one, who manages to do this, will be happy, successful and rich.

Another present to Donbas capital – the copy of the famous Bochum Bell – is situated not far from the cannon. It was presented to the city by its German twin-city. Although, the Donetsk copy is ten times smaller than its prototype, casted in the middle of the 19th century and installed near the Bochum City Hall, it is very popular among Donetsk locals and guests.