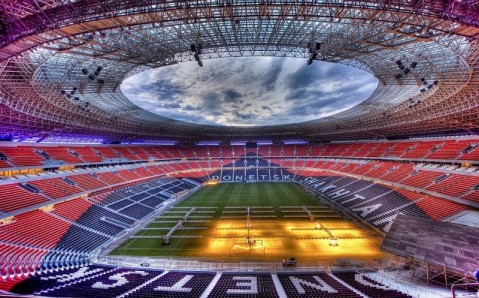 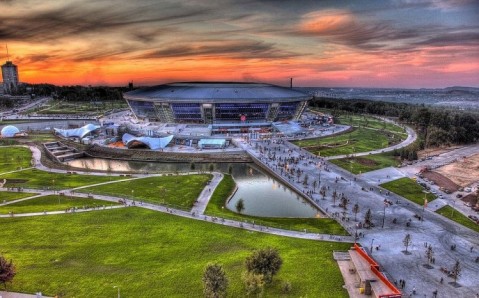 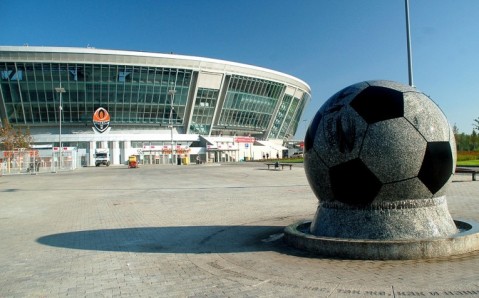 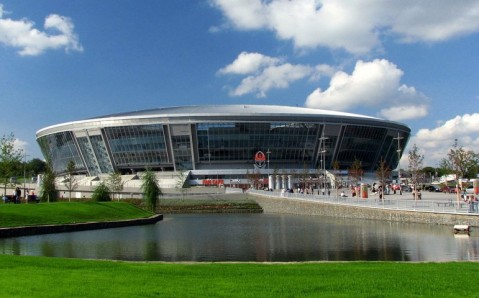 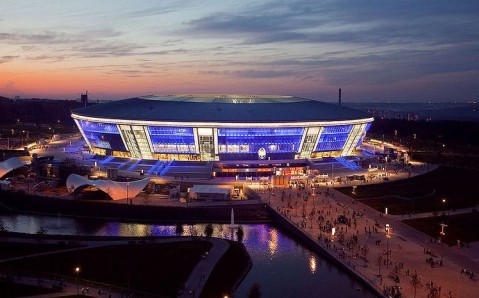 In 2009, Donetsk acquired one of its brightest attractions - ultramodern five-star stadium 'Donbas Arena', which is situated in the picturesque park at the city's center. Not just football fans, but mere tourists, who heard a lot about its beauty and originality, rush to see this peculiar building in Donetsk.

Today 'Donbas Arena' for 50 000 seats is one of the best stadiums in Europe and the first one in Ukraine that was built for the European Championships 2012 in accordance with UEFA standards. The main distinction of Donetsk's Arena is its unusual oval form and fully glass facade. Thanks to intricate design, offered by 'ArupSport' company that had already designed English stadium 'Manchester City', German 'Alliance' and Spanish 'Valencia', 'Donbas Arena' is reminiscent of huge flying saucer that landed in the city park's center. And in the night time, being illuminated by colorful lights from all sides, the stadium is reminiscent of large sparkling diamond. Due to this fact, local residents often call the 'Arena' Donetsk's true treasure.

However, the stadium impresses not only from outside, but from inside as well. Thanks to special daily tours, you may see its impressive features, feel its exceptional atmosphere and visit inaccessible for mere viewer places. Guides tell you many interesting facts from arena's building history, show training facilities, media-zone, conference-hall, let you sit on coaches' seats and substitutes' bench.

The excursion also includes visiting Ukraine's largest sports museum - the Museum of Ukrainian Football Club 'Shakhtar', to which 'Donbas Arena' is a home stadium. Museum has multimedia exposition and souvenir shop with club's symbolic. There are three restaurants, lounge-bar, several dozens of fast-food restaurants and a fitness center on the stadium's premises.

One more 'Donbas Arena's and Donetsk's unique sight is 28-ton ball-fountain installed in front of the stadium and recognized as the largest turning granite sphere in the world. The ball created by German experts is almost three meters in diameter.

Fabulous park with stone garden, series of fountains and handmade water bodies is a sort of frame for Donetsk's 'diamond'. 'Donbas Arena's park zone is city's largest recreational center, which is daily open for Donetsk's residents and guests.