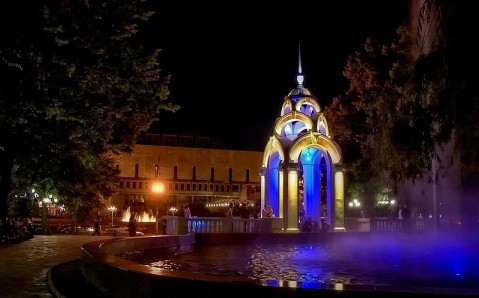 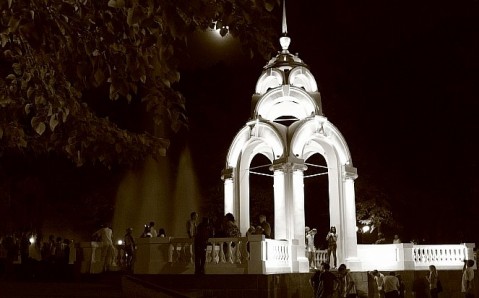 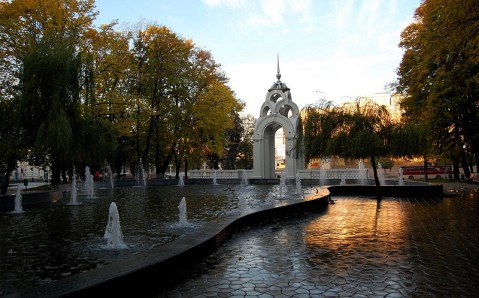 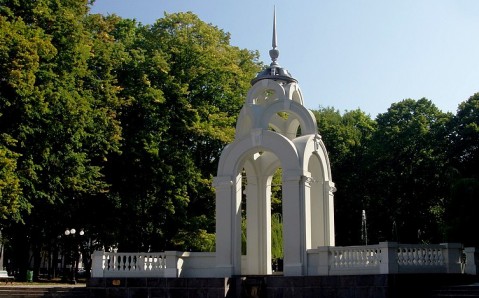 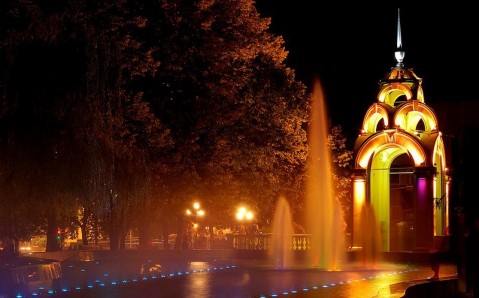 Situated in the Pobedy Garden, opposite to the Opera Theater, the fountain ‘Mirror Stream’ (Zerkalnaya Struya) is one of the brightest and most recognizable symbols of the city, which is included in the list of Seven Wonders of Kharkiv.

The place, where the fountain is located, used to be a cemetery, then it was occupied by a temple, pulled down in 1930, and later a trolleybus terminal was situated there. It wasn’t until the end of the World War II that city authorities decided to beautify the area in Kharkiv downtown and to lay out a garden with original fountain on this place.

Constructed in 1947, the fountain is shaped as an elegant snow-white belvedere, from under which a smooth water surface descends. An area with bright flowers is situated in front of it, and a beautiful pond lies behind. Immediately after its construction, the ‘Mirror Stream’ became Kharkiv residents’ pride and one of their favorite meeting and recreation spots.

Several years ago, the fountain was reconstructed: nearly a hundred and fifty nozzles, two units of artificial fog, and a special regulation system, through which the ‘Mirror Stream’ is able to create unique water figures, were installed. After dusk, the construction is illuminated by 135 projectors, which paint the belvedere and the water surface in different colors and shades, making the fountain fantastically beautiful and a truly mesmerizing.