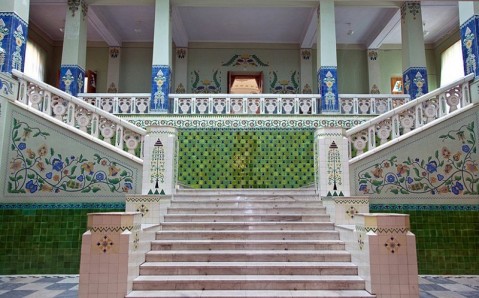 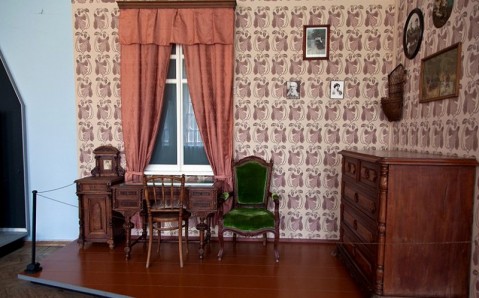 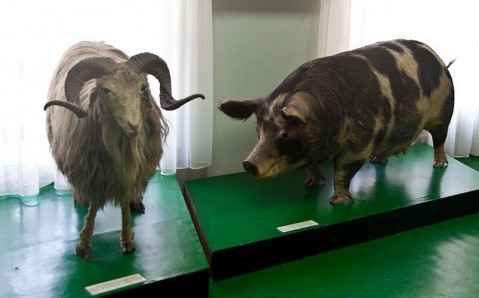 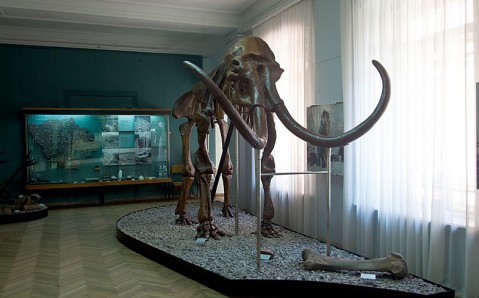 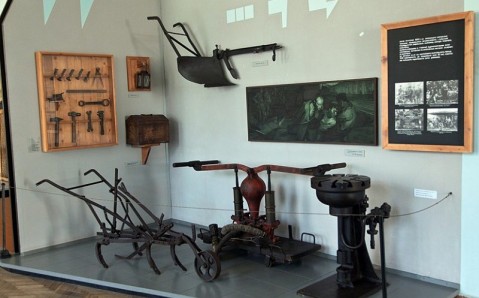 Poltava Local History Museum is one of the oldest and the most interesting museums in Ukraine. It houses unique collection of authentic items and antiquities that introduce the history, nature and culture of Poltava region, as well as true treasures of the world history, including artifacts from Ancient Egypt, India, China and Japan. The museum is reckoned among the most visited ones in the city: yearly, about half a million Poltava locals and guests visit its original expositions.

The Local History Museum is situated in the building of the former province Zemstvo (elective district council in pre-revolutionary Russia) that was built in Ukrainian art nouveau style, in the early 20th century. Being recognized as an eminent architectural masterpiece, it is often called a stone flower, in which traditions of folk architecture, old Ukrainian ornaments and innovative designer forms interweave.

Building’s facades are faced with rose and grey granite and flagged with ceramic tiles. In addition, they are adorned with depictions of Poltava province cities’ coats of arms. Elegant windows are framed with carved heterochromatic and twisted columns, and the building is topped by high mansard roofs, covered with glazed tiling. House’s inner decoration has something in common with the style of its exterior: well-known painters and folk arts’ craftsmen adorned its luxurious interiors with heterochromatic ornament and decorative painting.

When its construction was finished, the second floor of the province Zemstvo’s building was occupied by nature and history museum, founded in 1891 and previously located in three small rooms of the outhouse that stood in the former Zemstvo’s yard. Its funds were based on private collections, presented to the museum by local sponsors; the valuables included rare books and unique collections of oriental antiquities. The museum grew rapidly, and in 1920, its exposition occupied the whole building.

The World War II was a tragic period for Poltava Local History Museum. Its premises were severely damaged by a fire, and larger part of exhibits was exported from the country. However, the building was soon restored and most original forms were preserved. Only interior decoration of certain halls changed.

Now more than 300 thousand exhibits, having high historical and artistic value are shown there. They are divided in archeology, ethnography, nature, history of religion and folk arts sections. Museum’s rarities are the ancient Egyptian collection, works of ancient and oriental art, as well as Cossack relics. In addition, the museum displays samples of ancient cold steel, household utensils and ornaments, religious artifacts, and collections of Poltava folk embroidery and valuable coins. One of the Poltava Local History Museum’s most popular exhibits is a giant skeleton of a mammoth.