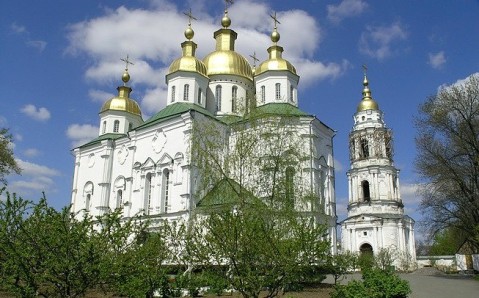 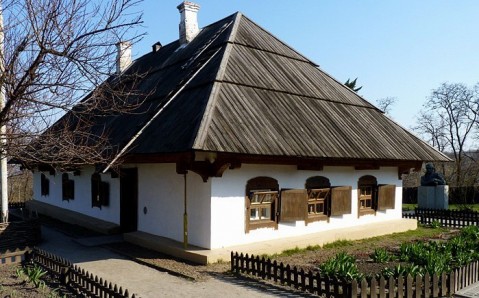 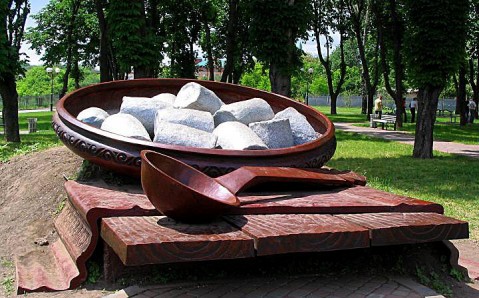 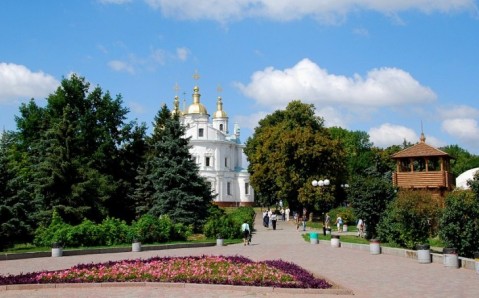 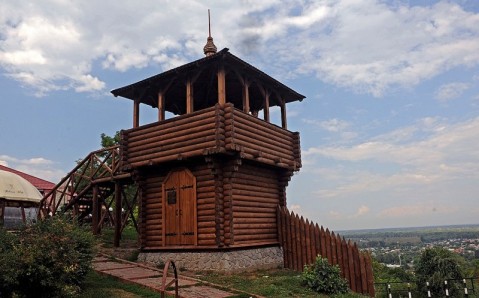 The Ivanova Gora (literally: Ivan’s Mount) is virtually a sacral place for Poltava locals: it is city’s historical core, where the whole complex of architectural and historical attractions, each having a status of Poltava’s highlight, is situated. This place is notable for being an excellent observation area that opens wonderful views of the city downtown and its most token structures.

The Ivanova Gora is a high picturesque hill that towers above the Vorskla River. Historians believe that it is there that the citadel of the annalistic town Ltava, the predecessor of modern Poltava, stood in the 12th century. Later, the earthen fortress, which held back the Swedish troops’ assault for three months during the Northern War, was built on the hill. One of its fifteen wooden towers, the Podolskaya Tower, was recently restored and added to Ivanova Gora’s list of attractions.

But the most recognizable structure, decorating the top of the hill, is the elegant White Belvedere that is one of Poltava’s many vivid symbols. It was installed in 1909, timed to the 200th anniversary of the Battle of Poltava, which radically changed city’s destiny. The belvedere was shaped as a horseshoe for a reason: according to the legend, it is here that a local blacksmith skillfully shod Russian Tsar Peter the Great’s horse, who lost a shoe during the Battle of Poltava.

The belvedere was pulled down during the World War II: the fascist invaders arranged an artillery observation post there. In 1954, a Rotunda of Peoples' Friendship with eight columns was opened on its place. Locals still call it the White Belvedere out of habit. Inimitable views of the river and the majestic Exaltation of the Cross Monastery, Poltava’s oldest building, open from the place where it is installed. Rotunda is especially beautiful at night, when it glitters with thousands of different shades thanks to hundreds of LED lamps.

Another Ivanova Gora’s token monument and modern Poltava’s symbol, the monument to Galushka, is installed near the White Belvedere. It is a deep plate with twelve Galushkas (dumplings) and a large spoon, which stands on a pedestal shaped as a wooden tabletop. The monument was opened on the birthday of the most famous native of Poltava region, the eminent writer Nikolai Gogol, who immortalized this cult Ukrainian dish in his works. Every summer, an original Holiday of Poltava’s Galushka takes place near the monument.

Another Ivanova Gora’s adornment is the luxurious building of the Assumption Cathedral that stands on its very top. And right behind it, one of Poltava’s most original and frequently visited attractions is situated: the Museum-Mansion of the classical Ukrainian writer Ivan Kotliarevsky. It is in his honor that the mount was called.