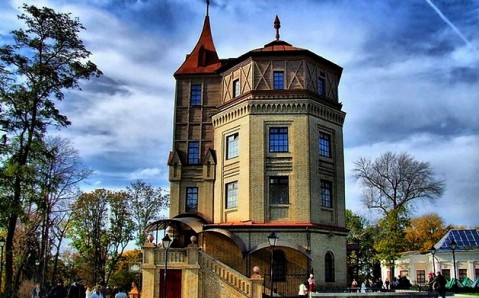 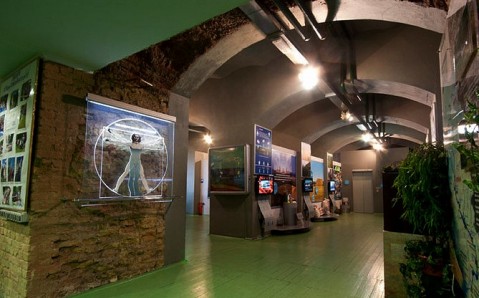 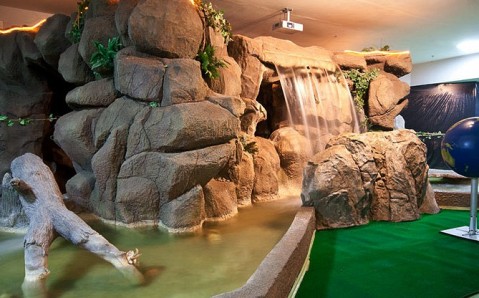 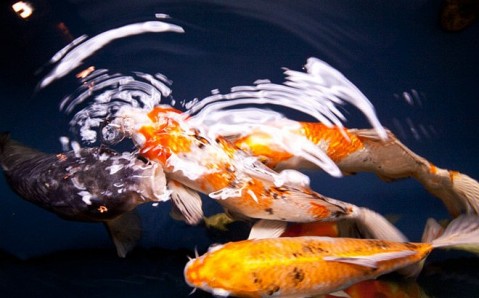 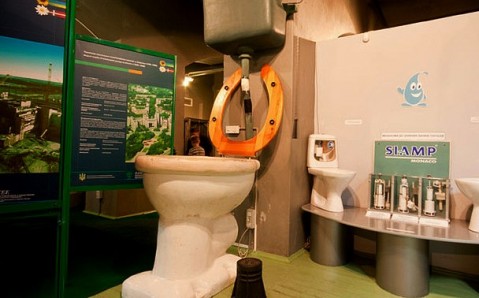 The unconventional Water Museum stands in Kyiv's downtown, near the European Square, on one of the picturesque hills that stretch along the Dnieper River bank. It is reckoned among the most popular and visited capital sights, which is indicated by long lines that traditionally build up in front of its entrance. And there is no wonder in that, for its exposition is rightly considered to be one of the most interesting in Kyiv!

The capital Water Museum, or the Water Information Center, is situated in the restored building of the city water tower, built in the late 19th century. The building itself is an important architectural monument too. Unusually designed underground museum exposition tells in simple and entertaining way about the water circulation, and obligatory guided tour makes the visit even more interesting.

An experienced guide tells from where the drinking water used to come to Kyiv in ancient times, how much it cost and when the first water supply system was built. After informative part, the visitors get visual demonstration of the Earth crust's structure, the depth of underground waters and the process of their natural filtration. Here one can see a working model of the artesian well and understand how pump rooms - there are plenty of them in Kyiv - work.

One of the most interesting divisions is the one devoted to the sewerage and sewage treatment system. It offers museum's guests an opportunity to walk along the brick, plastic and ferroconcrete sewers, to watch the coverage of the rivers flowing through sewage pipes of Kyiv, and to learn how wastewaters are treated before getting in rivers and seas.

The Water Museum has many interesting exhibits: models of water towers and sewage systems, samples of ancient pipes and a lot of other visual aids, telling interesting details about what happens with fresh water on the Earth surface and beneath.

The major distinctive feature of the exposition is that it is not only visual, but also interactive. For example, the museum has an equipped bathroom with filled to the very brim bath and sink and constantly running taps. The installation is designed to address the problem of irrational water use. The same aim has a giant lavatory pan standing in the center of the hall. It symbolizes the old structure of bathroom unit that had nothing to do with saving.

A real grotto is recreated in another hall. Once inside it one can watch various water transformations and states. It also gives an opportunity to 'travel' to every continent and to see how waterfalls form, geysers erupt, glaciers melt and thunderstorms arise.

In addition, the Water Museum has the entertainment and educational ground for children, where they can admire exotic fish in the large aquarium, play with water pump and blow huge bubbles. The latter activity gives an equal pleasure to adults, though.