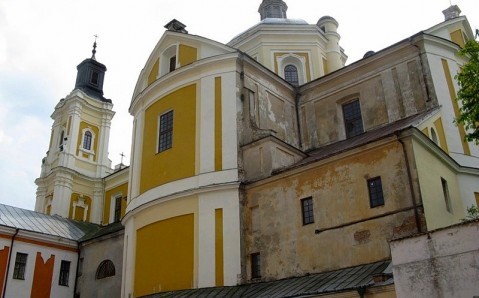 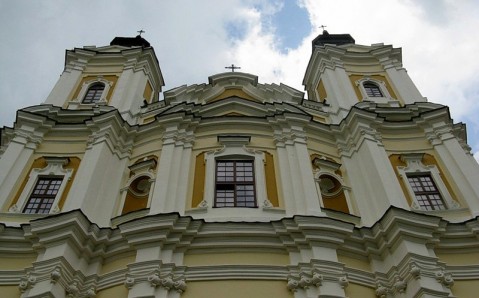 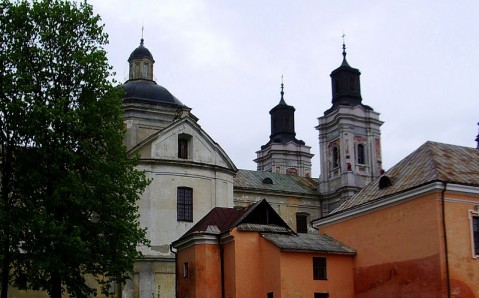 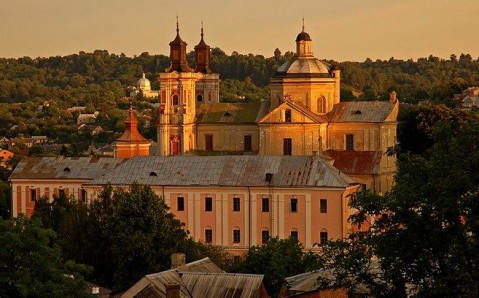 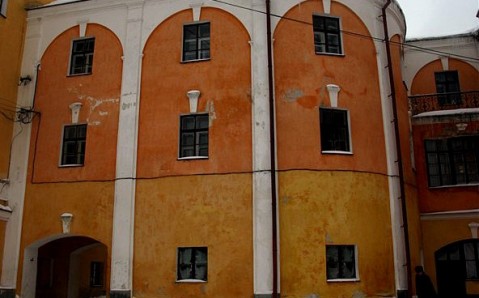 Consisting of a two-tower Catholic church and adjoined study buildings in the late baroque style, the ensemble of the Jesuit Monastery and Collegium strikes with its beauty and grandeur. Situated in Kremenets’s very center, it is city’s main architectural symbol and one of its most attractive sights.

Being famous for their educational activity, the Jesuit monks were invited to Kremenets by the Lithuanian magnate and voivode Janusz Wiśniowiecki in order to create a catholic collegium there. The talent and mastery of a famous Italian architect helped them to raise a majestic Catholic church in the city. Later, two- and three-storey educational buildings were attached to it. This charming complex is still considered to be one of the most beautiful and important monuments of the late baroque architecture at Volyn.

After the Jesuit order was abolished, in 1773, monks were banished from the city and the collegium was closed. It functioned as a secular school for some time. Thirty years later, the Higher Volyn Gymnasium was founded on its basis. Later it got the status of lyceum. It is at that time that Kremenets became one of the largest educational centers on the western lands. It was frequently nicknamed as Volyn’s Athens. A still functioning botanical garden was laid out near the former collegium.

Despite its significant status, the lyceum was closed after suppression of the Polish rebellion, in the first half of the 19th century. Its unique library and original collections were moved to Kyiv and used as a basis for foundation of the Kyiv St. Vladimir University.

Currently, the former Jesuit Church is turned into the Church of Transfiguration, and the attached buildings are occupied by the Kremenets Pedagogical Institute.