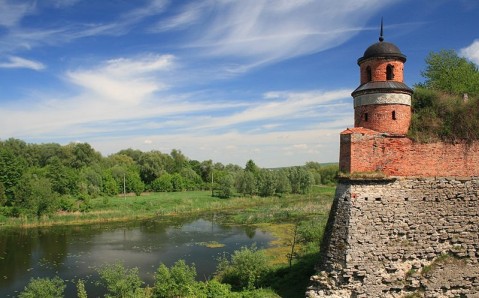 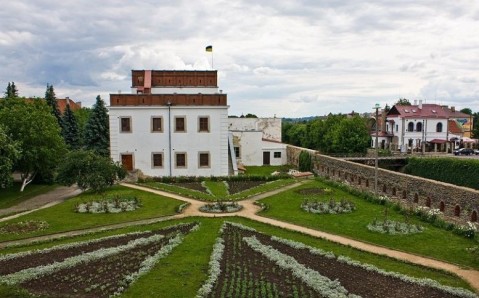 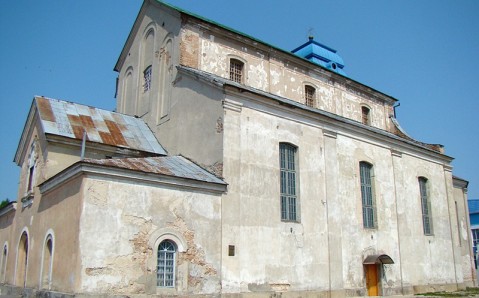 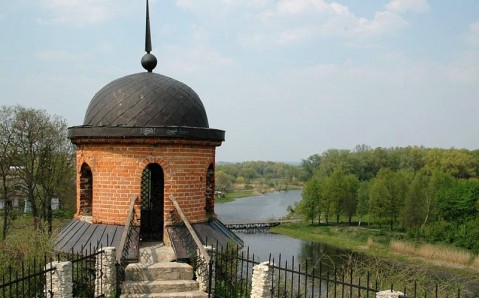 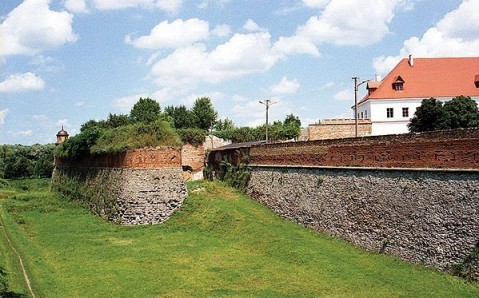 The Dubno Caste stands on the steep cape near the Ikva River, in the city very center. It is one of the Ukraine’s oldest fortification complexes. Impressing with its majestic beauty and huge historical value, it is a part of the Dubno historical and cultural reserve and is recognized as a true gem of Ukraine’s castle architecture.

The Prince Konstantin of Ostroh built the castle on the place of the Old Russian fortifications, in the late 15th century. The defensive complex consisted of wooden constructions, surrounded by earthen wall, which was fortified with wooden paling. However, frequent fires that regularly destroyed the majority of castle buildings forced prince’s descendants to rebuild the fortification complex in stone one and a half centuries later. Thus, a fierce castle and two powerful brick-and-stone casemate bastions with towers appeared there. The castle was erected in the Renaissance style. Fortress’s outer defense was a deep ditch.

At that time, the Dubno Castle was seen as probably the richest one in Europe. Dozens of chests with gold, silver and precious stones, as well as knightly armour, weapon, including personalized one, valuable jewelry, expensive clothes and a large storage of food were kept there. Rumors about castle’s unbelievable riches attracted many conquerors: Tatars and Cossacks repeatedly attempted to take the castle by storm, but its walls withstood all the sieges. The Dubno Castle remained impregnable for almost five hundred years. It was due to both, its fortification system and fortunate strategic location. Castle’s territory was securely protected by Ikva River’s waters and swampy valley – marshy swamps made storm attempts much more difficult: it was impossible to deliver heavy artillery to castle’s walls, and light guns couldn’t destroy fortress’s mighty walls.

During several centuries, the Dubno Castle changed its owners: as a gift, inheritance or through marriage. In the 18th century, the fortress passed into ownership of the Polish Lubomirski Family. They decided to rebuild the castle fundamentally, turning it into a real palatial complex. They invited famous Italian architect to Dubno. As a result of the reconstruction, the fortress lost its fierce look and acquired a character of a gala palatial residence. The only thing that still reminded of the former castle was the main entrance with a portal, decorated with the coat of arms of Ostroh Family.

Today, one can see two palaces on the territory of the Dubno Castle – the Ostroh Palace, where the archives of the princely families were stored, and the Lubomirski Palace, which is notable for coats of arms of its former owners and elegant bas-relief frieze, made by an Italian master. It adorns the big hall, which used to serve for crowded feasts. There is a system of vaults and underground galleries under the palaces. Local residents used to hide there during numerous sieges, and supplies of water and food were stored. Nikolay Gogol described the dungeons of the Dubno Castle in his immortal work “Taras Bulba.” Nowadays, one of the vaults houses an exhibition of torture tools and hosts theatre performances.

The castle acquired numerous legends over the years of its existence. The most famous one is connected with the brave niece of the Prince of Ostroh – Beata. It is said that on her wedding day, in 1577, the Tatars sieged the fortress. Beata’s fiancé panicked and hid under a table, and she climbed the castle’s tower together with a security guard and burned the tent, where the son of the Crimean Khan stayed, with a well-aimed cannon shot. Left without their leader, the Tatars retreated and nicknamed Beata a witch.

Getting there. Take a route taxi or a bus from the Rivne central bus terminal. It is also possible to reach Dubno from Kyiv by train or by route bus, which departs from the railway station.

36 km. More info
Field of the Battle of Berestechko