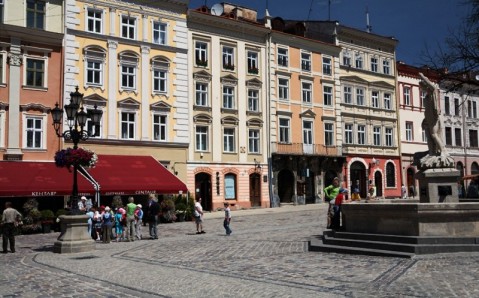 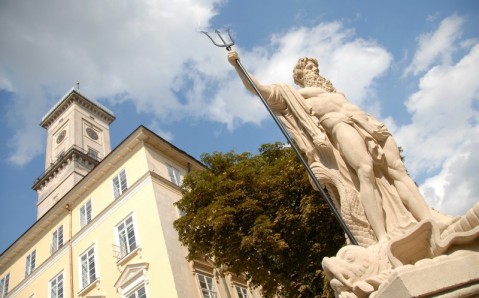 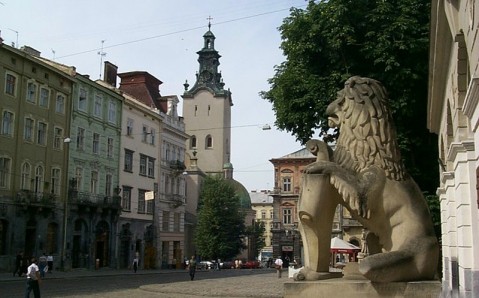 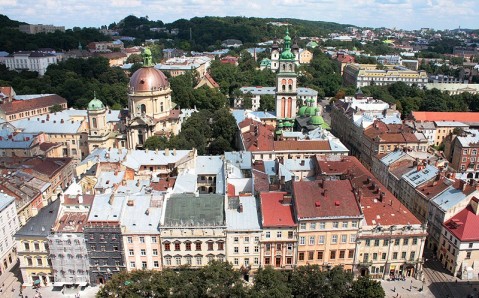 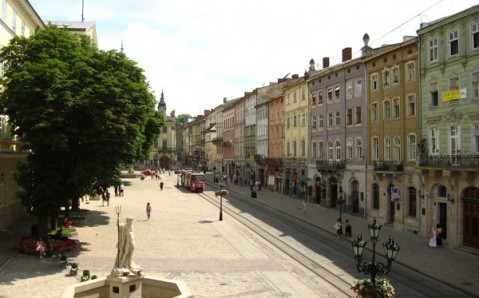 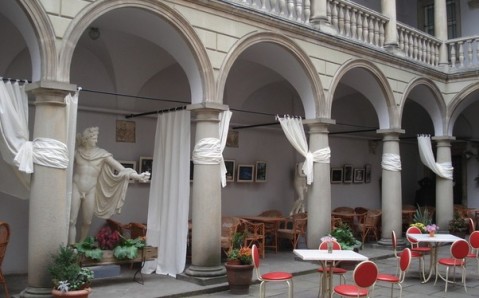 The Market Square and Town Hall

Market Square is the central square in Lviv and the heart of its historic center. It appeared in the 14th century, and its look is typical of the squares that all medieval Polish and German towns possess. Its unique architectural ensemble, added in 1998 onto the list of UNESCO’s World Heritage Sites, was shaped over the almost seven centuries that it has been around. Throughout this time, numerous fires and reconstructions changed the square’s appearance. Yet despite the centuries of architectural modifications, it still looks elegant and harmonious.

In the center of the square stands the 65-meter (213 feet) tall, Viennese baroque town hall, built in the 19th century. One of its predecessors – a wooden building – burned down in 1381. Another one – built out of stone in the 16th century to replace the wooden one – collapsed 200 years later. In medieval times, the town hall was not only the center of state power, but also a place that hosted banquettes of prominent residents and international meetings with foreign dignitaries, including kings. After the Russian Tsar Peter the Great’s carriage got stuck in mud during a visit to Lviv, the square was covered with wood.

Today, the town council is located in the town hall building. Its clock tower is equipped with an observation deck, from which one can get a breathtaking view on the unique architectural ensemble of Lviv’s historical center. Two stone lions guard the entrance to the town hall, with the town’s coat of arms on their shields.

The square owes its unique appearance to over 40 buildings – the so-called ‘kamenitsas’ – that were built in the 14th – 18th centuries. In those times, the land in the center of the town was very expensive; only noblemen and wealthy merchants could afford the luxury of having a house on the square. Moreover, there was a ‘law of equal opportunities’ that forbade building houses larger than three windows wide and three stories high. It was this law that led to the square’s unique, almost geometrical look.

Among the most memorable is house №6 – Kornyakt’s Palace, or King’s Kamenitsa. It was built in the 16th century for the rich Greek merchant Konstantin Kornyakt and was considered to be the most beautiful house in Lviv. The building, decorated with knight statues, is famous for its truly kingly apartments and an amazing ‘Italian’ yard, in which you really do feel like you have traveled to Renaissance Italy! Today, a café occupies the yard, where you can relax and drink Lviv’s authentic coffee. The building itself is now a History Museum.

The museum’s exposition spills into a building near Kornyakt’s Palace – House №4, also known as the Black Kamenitsa. This highly decorated house is a striking example of Renaissance architecture. It was built in 1577, and it is one of few houses in the square that has preserved its original appearance until today. Jan Lorentsovich, a pharmacist who opened one of the first drugstores in the town, owned it at the end of the 16th century. It is said that the building was originally white, but turned black over time, because it was made of limestone that absorbed dirt very well, becoming known as the Black Kamenitsa.

Another of the square’s gems is the late Renaissance Bandinelli Palace, built in the 16th century. Its name honors one of its past owners, the Italian merchant Roberto Bandinelli, who opened the first post office in Lviv. The building’s doorframe, decorated with pillars, attracts special attention, as do the stone dolphins on its façade – a symbol of successful trade.

There are also several interesting museums on the square: Pharmacy Museum, where a chemical laboratory is preserved, along with stained-glass Viennese windows; also unique are the Furniture and China Museum and the Ukrainian Military Uniform Musem. 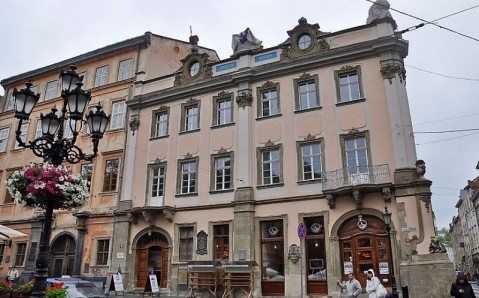