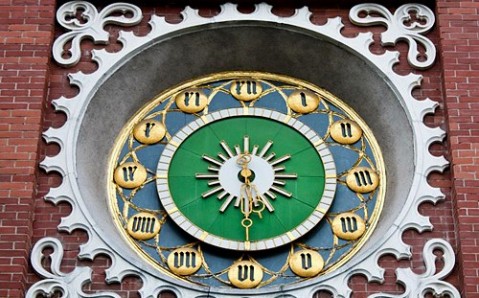 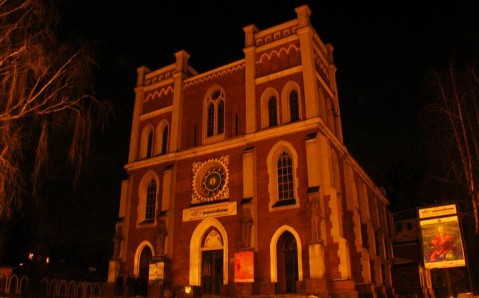 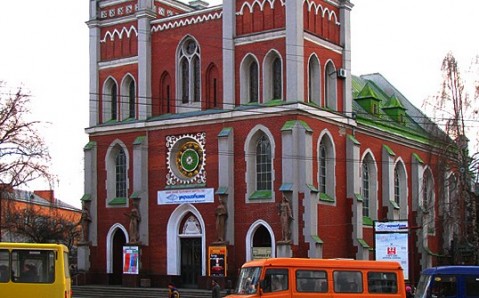 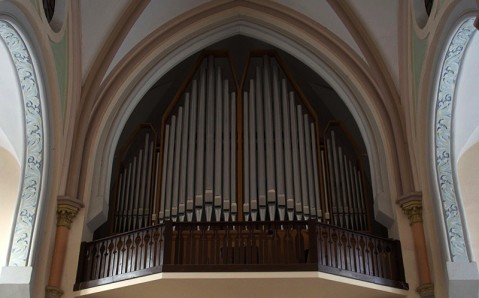 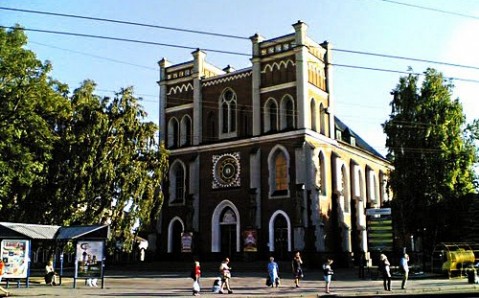 Catholic Church of St. Anthony (The House of Organ Music)

The unusual building of the former parochial Catholic Church of St. Anthony, and now – The House of Organ Music, is considered to be one of the most interesting and original buildings in Rivne and is reckoned among its key sights. Standing in Rivne’s very center, the Catholic Church of St. Anthony, on par with most city constructions, has tough fate.

The first parochial catholic church appeared in Rivne in the 16th century, but it was soon destroyed by the Tatars who captured the city. Somewhat later, the St. Anthony Church was rebuilt, but the new temple was also short-lived: it burnt to ashes in fire. The intricate stone building in neo-gothic style, built by the prominent Polish architect Konstantin Voytsekhovsky, wasn’t raised until the late 19th century. It was topped with two elegant spires, the facade was adorned with unusual round clock, and the interior was decorated with original frescos. The true treasure of the Catholic Church of St. Anthony was one of the best organs in Europe. Its unique sound accompanied all services.

Temple’s building, along with most Rivne’s buildings, was severely damaged during the First World War. It was reconstructed only in 1927, and was decorated with new polychrome paintings and very beautiful stained glass windows. However, after the Second World War, the catholic church was closed, and all its valuables were ransacked. At that time, the organ was pulled down and the crypt, where Rivne’s prominent citizens – including the princely family Lubomirski who owned the town in the 18th century and did a lot for its development – were resting in peace, was destroyed. But most importantly, the church lost its towers with Gothic spires: they were almost totally pulled down. Temple’s premises passed to the cinema.

The building of the Catholic Church of St. Anthony escaped complete demolition thanks to its amazing acoustics. In the 1980s, it was re-equipped into the House of Organ Music. Now the concerts of chamber music are regularly held here.