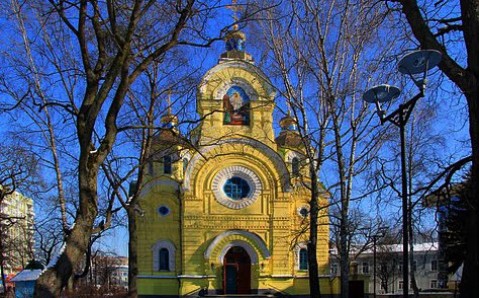 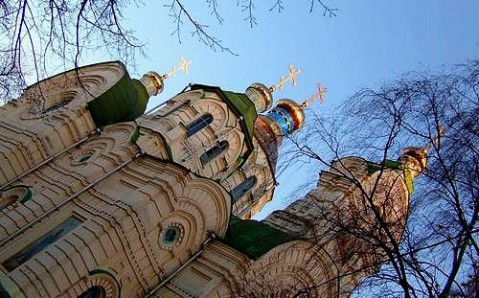 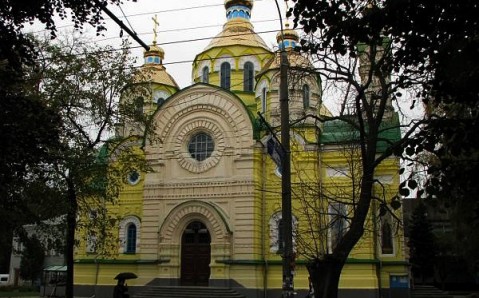 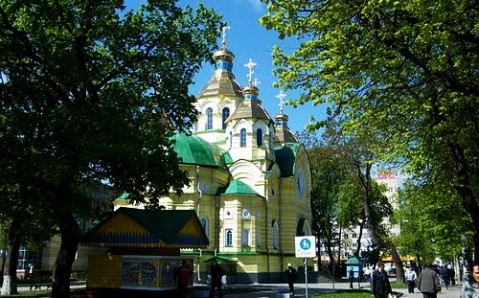 The charming Resurrection Cathedral that majestically rises in Rivne’s very center is reckoned among the most beautiful city constructions. This amazing temple has great historical and architectural value, and is one of the most token sights of the ancient Rivne.

The first (wooden) cathedral in honor of the Christ’s Resurrection was built here back in 1781. However, a hundred years later the temple was burnt to ashes during the conflagration that enveloped the major part of the city in flames. Several years later, when Rivne’s basic buildings were restored, it was decided to raise a new (stone) building for the Resurrection Cathedral. The Emperor Alexander the Third, who made Rivne to his summer residence at that time, took church’s construction under his personal control. It was he who laid the first stone in temple’s foundation.

The construction works were fully financed from the state treasury, and therefore, the process of the Resurrection Cathedral’s construction progressed pretty fast. In 1895, the new temple opened its doors to the first visitors. Its architecture is the sample of the then popular Neo-Russian style, which interprets traditions of the authentic Old Russian architecture and folk art.

The belfry, shaped as a solid arch with small cupola, was built over the temple’s main entrance. All church utensils were brought for the Rivne Resurrection Cathedral from Moscow. The interior was adorned with three gilt iconostases, painted in Kyiv, and sacred images copied from the best artists’ icons.

The church didn’t function during the Second World War, which was the toughest period in the city life. After Rivne’s liberation, the services in the Resurrection Cathedral were resumed, however not for long: soon the church was closed, and the museum of atheism was opened in its building. Only after Ukraine became independent, the temple resumed its work and functions until now.