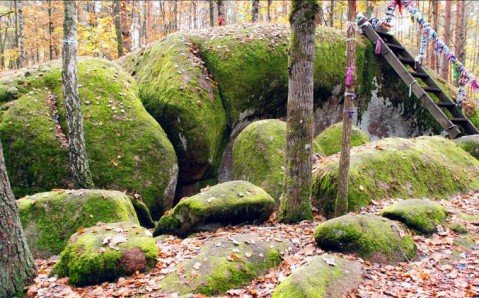 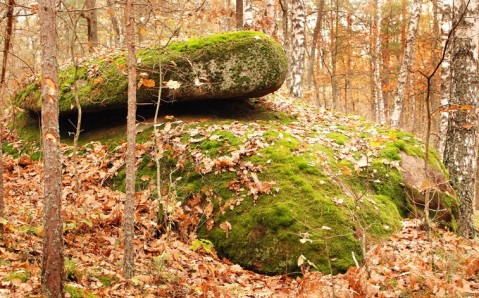 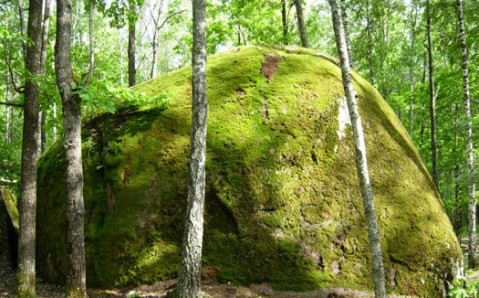 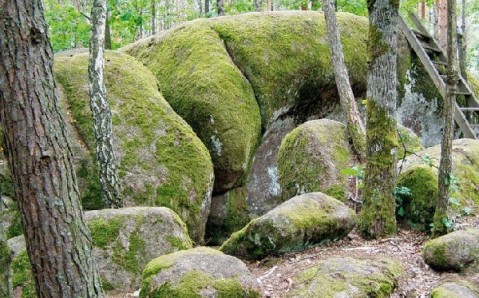 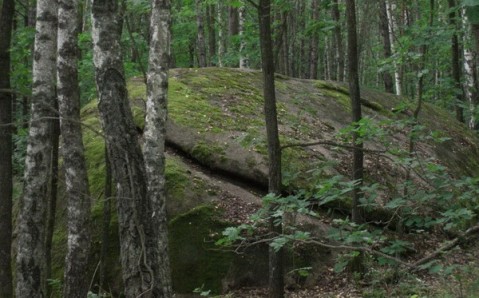 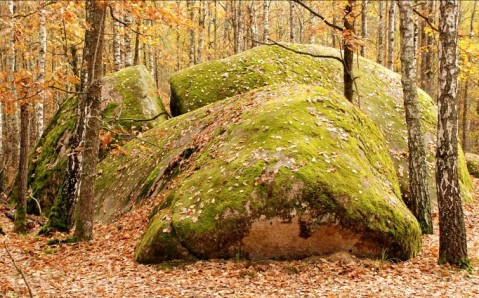 The geological reserve ‘Stone Village’ is one of the unfathomable natural wonders in Ukraine. It is a unique gathering of granite blocks, peculiarly collected in the middle of the forest. The moss-covered boulders of different sizes and forms are reminiscent of village huts, located on one 'street,’ which is why it is called the ‘Stone Village.’

There are several stories about the origin of this uncanny landmark. The official one claims that the giant boulders were brought here by glacier, and their form was changed and shaped by natural forces over millions of years. According to another version, also officially recognized, the stone formations are the remains of an ancient mountain base, formed after the glacier moved.

There are other, more mysterious legends, about the ‘village’s’ origin. The locals say that there used to be a wealthy village in the forest, where stingy and heartless people lived. One time, God came into the village disguised as a beggar and asked for some water and bread. The local residents turned him down, throwing at him just a stale crust. This angered God, and he turned the people and their huts into stones. According to another legend, demons were building a mill at night in the forest, but they could not finish their work before dawn. With the first cockcrows, the demons’ mill turned to stone and fell apart.

The most interesting attraction for tourists are the stones with the so-called ‘footprints of God.’ There are hollowed out shapes on the surface of the boulders in the form of human feet. Locals believe that a divine spirit left these footprints when he visited the lands. The water that fills the footprints remains warm at all season. It is said that if you step in it barefoot, your health will rejuvenate, and if you make a wish, it will inevitably come true!

Those who have visited the ‘Stone Village’ claim that this place has a tremendously strong energy, which possesses a wondrous quality. Therefore, people often come here not only to take in the beauty of the natural treasure, but to also improve their strength and energy.

Getting here. The geological reserve ‘Stone Village’ is located in Zhytomyr region, not far from town Olevsk. You can get here from Zhytomyr by bus. From Olevsk, you should drive to the village Ustinovka, and then look for the ‘Stone Village’ on foot, walking down a forest path.