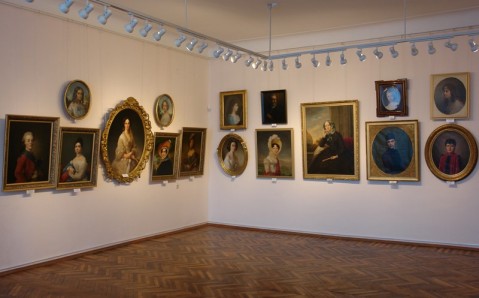 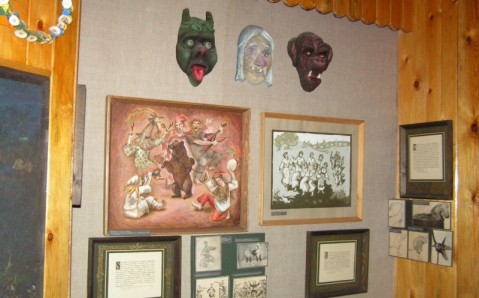 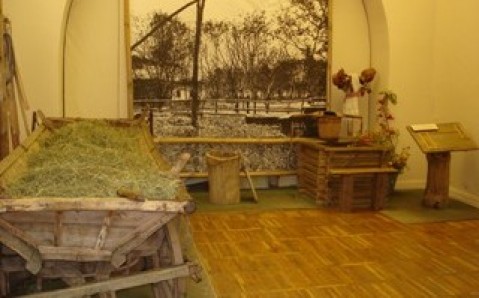 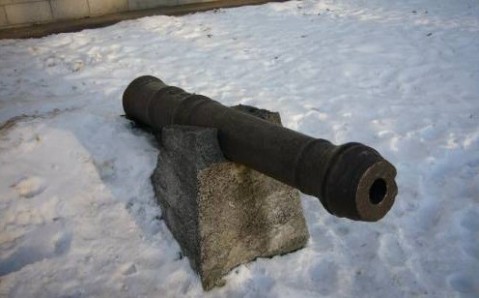 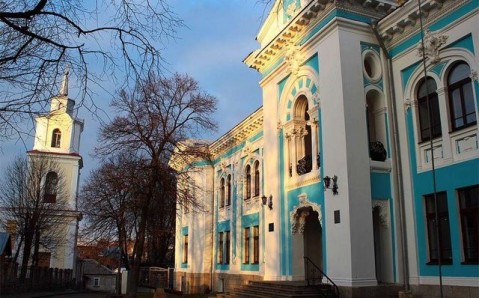 Founded in the second half of the 19th century, Zhytomyr museum of local lore is one of the oldest museum facilities in Ukraine. Its collection began from the 48 minerals and rocks that were given for exhibition by the former governor of the district. Soon the exposition was supplemented with collection of coins, materials from archives and other valuables, which were presented to the future museum by local nobility and collectors.

The collection was kept and exhibited in the public library of Zhytomyr for a long time. And only in the early 20th century the museum of local lore moved to a new building. Luxurious ancient two-storey mansion on the Zamkovaya Square, which once used to be the house of the head of Zhytomyr catholic eparchy, became an exhibition ground for the valuable exhibits. The airy white and blue building with richly decorated facade is an architectural monument itself.

Nowadays the collection of the museum of local lore numbers over 150 thousand exhibits, many of which are truly unique. The separate part of the museum's funds consists of pictorial canvases by prominent Dutch, Italian, French, Polish and Russian artists of 16th - 20th centuries. The majority of the pictures passed to the museum's funds from private collections of Polish nobility.