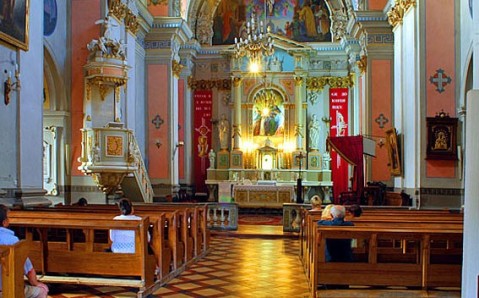 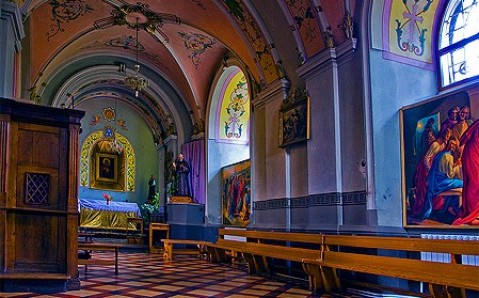 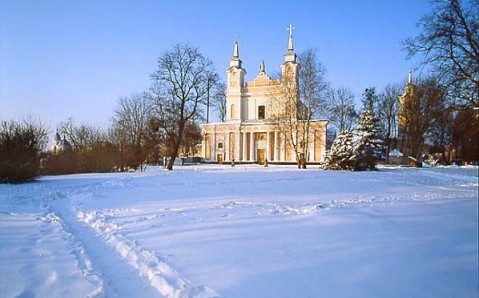 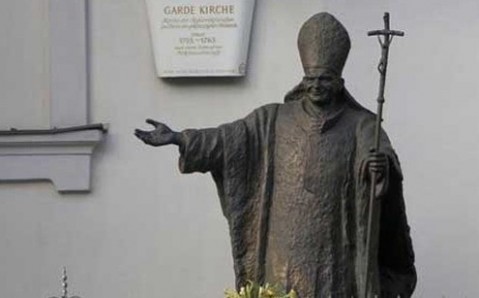 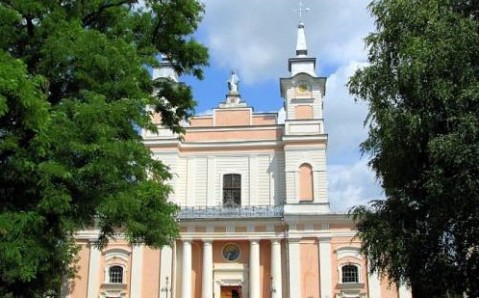 The Saint Sophia Cathedral - the oldest Catholic temple in Zhytomyr - rightly bears a rank of one of the main attractions in the town. Raised in the middle of the 18th century, the cathedral charms with the beauty of its architectural forms, based on the peculiar interweaving of baroque and late renaissance traits. The two-layer facade of the building is decorated with strict turrets.

The terrain, where it is build, gives special majesty to the temple: the cathedral is situated in the historic heart of Zhytomyr - on Zamkovaya Gora (Castle Hill). The 26-meter high bell tower is constructed near the church.

In the autumn of 2011 a monument to the Pope John Paul II was installed in front of the cathedral.