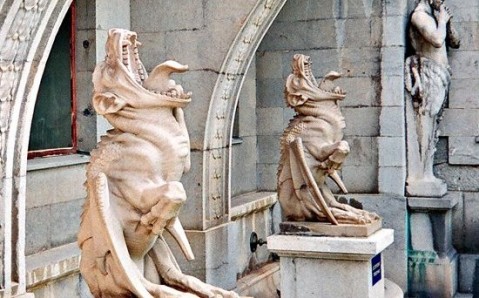 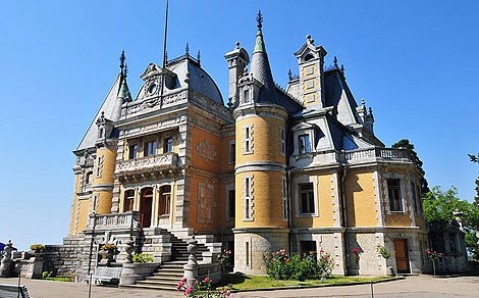 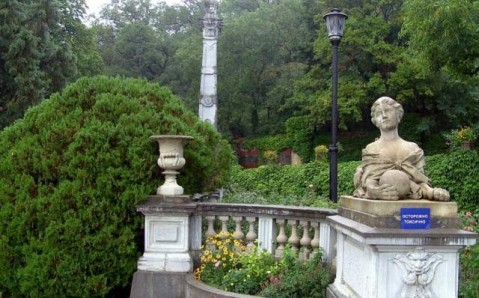 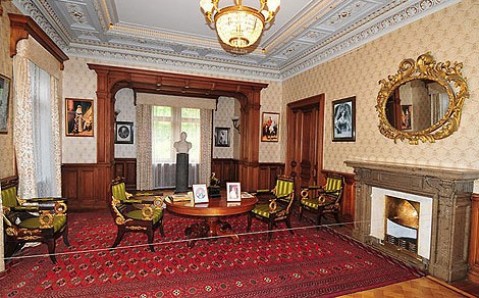 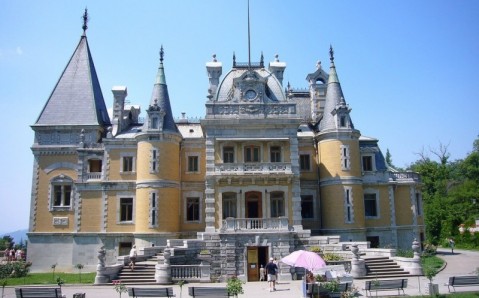 This palace is the most elegant and unusual palace on Crimea’s southern coast. Located in a remote picturesque place, surrounded by forest and mountains, the Massandra Palace, with its fanciful architecture, is reminiscent of a fairytale castle.

With its construction beginning in 1881, it was being built for prince Semyon Vorontsov based on the blueprints of a talented architect Etienne Bouchard. Bouchard had planned an original building in the style of French castles at the time of Louis XIII. The palace was even called a ‘Little Versailles.’ The construction was stopped, however, only a year in because of the prince’s death.

Construction resumed only in 1889, when the family of Russian emperor Alexander III purchased the building. Architect Maximilian Mesmaher maintained the size and general style of the building, but he substantially changed its look with new decorations; in effect, he transformed a knight’s castle into a wonderful palace.

Though the new building was constructed for the emperor, it is missing gala halls and luxurious apartments for receptions - the palace was intended only for rest of the royal family and was divided into two parts: male and female. Its small, cozy rooms with low ceilings are decorated with marble fireplaces.

Near the Massandra Palace was planted the most beautiful, English-style landscape park. In the park, you can explore marvelous alleys mysterious caves, take in the beauty of magnificent flowerbeds, and see many kinds of exotic trees. Emperor Alexander III never really got a chance to admire the palace, as he had died a few years before it was finished.

In Soviet times, the castle was turned into a sanatorium called ‘Proletarian Health,’ used by those who were seriously ill with tuberculosis. In post-WWII years, it became officials’ summer residence: Stalin, Khrushchev, and Brezhnev all stayed here. Only in 1992, a museum dedicated to Alexander III was created on the first two floors. In its collection there are many unique items: chandeliers, a fireplace of brown marble, mahogany furniture, mirrors, and more.

Getting here. You can get there from Yalta – the Merchandise market – on bus №27 going to Massandra, or by taxi.