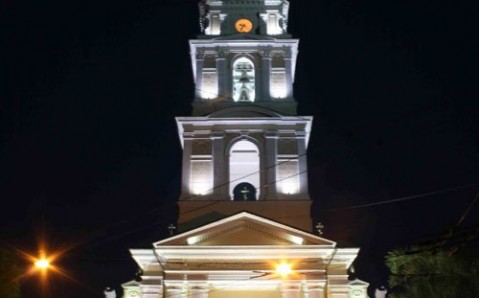 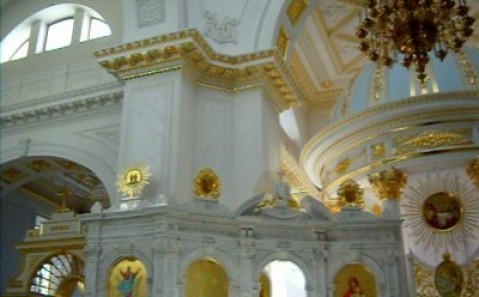 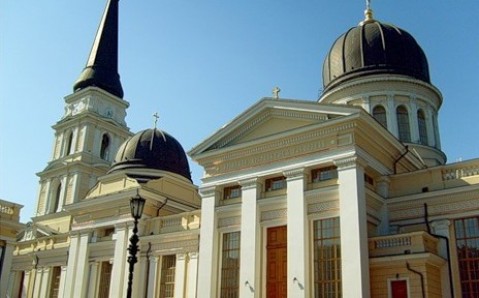 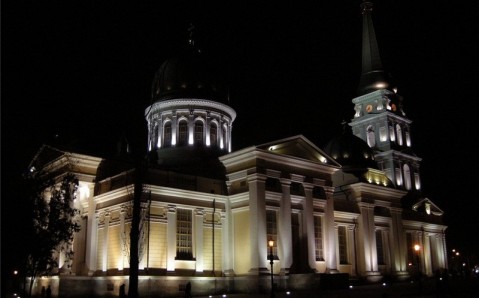 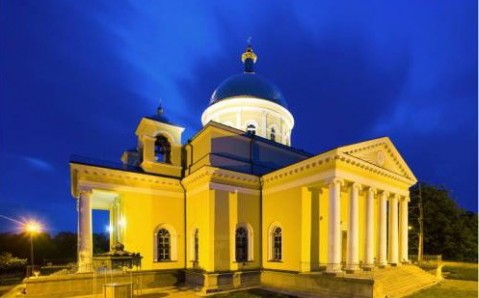 The Cathedral of the Savior’s Transfiguration

It is one of Odesa’s largest and most important spiritual symbols. Over its tragic history, the temple, which stands on the Cathedral Square, played an important role in the town’s development and its sacral architecture.

The cathedral was founded in 1795 – at the same time as Odesa’s port – and was consecrated in 1808. At first, it was a small religious building, but a hundred years later, it became one of the Russian Empire’s largest temples, able to house up to 12,000 visitors. However, when Bolsheviks took over in the 1930s, the church was completely destroyed. The Cathedral Square was left without its main symbol until 2005, when the temple was restored from its ruins and once again opened its doors to worshipers and curious tourists.

The Cathedral of the Savior’s Transfiguration is a real architectural masterpiece that, with its beauty and splendid decorations, stands as one of the most admirable European basilicas. The marvelous temple soon gained the status of one of the brightest and (literally) the most prominent sights in Odesa. In the 19th century, its 80-meter (262 feet) high bell tower was seen from the sea before the rest of the town, and it served as a lighthouse for the ships coming to Odesa’s port. The current bell, placed at the top of the bell tower after its reconstruction, is the biggest in Ukraine.

As its foundation was saved and pictures depicting the cathedral were taken in 1903, the restored Cathedral of the Savior’s Transfiguration is an exact copy of its destroyed predecessor. Today, its exterior and interior decorations look just like they did a century ago and still amaze not only believers, but also those who appreciate eclectic architecture.

Near the templs are the city fountain and the Mikhail Vorontsov’s Memorial, as his remains are buried in the Cathedral.