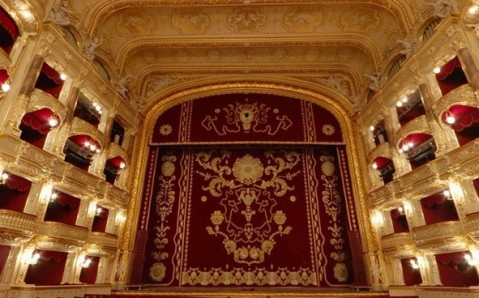 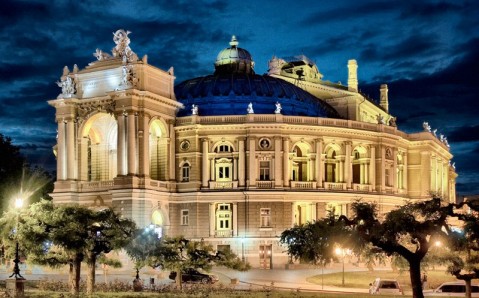 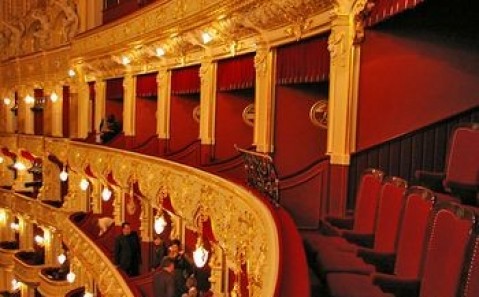 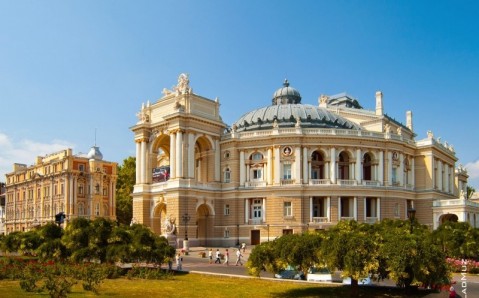 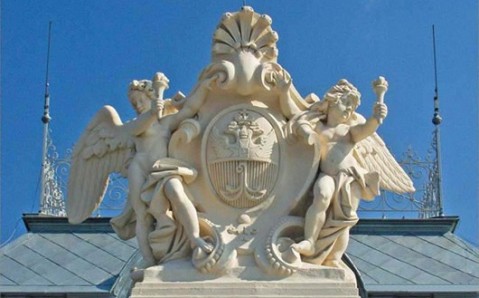 The Odesa National Academic Theater of Opera and Ballet is a real gem of 19th century European architecture, and one of Odesa’s main treasures. This theater, which strikes the eye with its beauty and grandeur, is among the town’s oldest cultural institutions.

Built in the Viennese baroque style and considered to be one of the world’s most wondrous theaters, the opera house is famous not just for its architecture and fantastic décor, but also for its unique planning and technical characteristics. It was built in 1887, designed by Austrian architects Ferdinand Fellner and Hermann Helmer, who are also responsible for such masterpieces as the Vienna and Salzburg theaters. The model for Odesa’s Opera House was the Dresden Opera, built by the genius architect Gottfried Semper.

The opera house building was constructed in place of the city’s first theater, which completely burned down eleven years earlier.

The opera house impresses its guests with its luxurious decoration, which is considered to be the most beautiful part of the building. It is in the French rococo style: antique columns, sculptures, arches, intricate molding, dark red velvet armchairs, and numerous mirrors are literally breathtaking! The hall is illuminated with 2.5-ton chandelier, attached to a ceiling that is decorated with scenes from Shakespeare’s plays. By the way, the locals gave the opera house the nickname ‘Vienna cake,’ because of its round form and intricate decoration.

It is hard to believe this now, but during World War II, Odesa could have been left without its main attraction. The Nazis intended to blow up the opera house when retreating; luckily, the building survived the war. In 1944, a banner honoring the liberation of southern Palmyra flew from the theater balcony.

This amazing place still keeps the energy of the great people who appeared on its stage in different times. Here, Pyotr Tchaikovsky and Sergei Rachmaninoff conducted, Enrico Caruso and Feodor Chaliapin sang, and Aisedora Duncan and Anna Pavlova danced.

At the end of the 20th century, the building was in terrible condition, so the theater was closed for major renovations, which ended just in 2007.