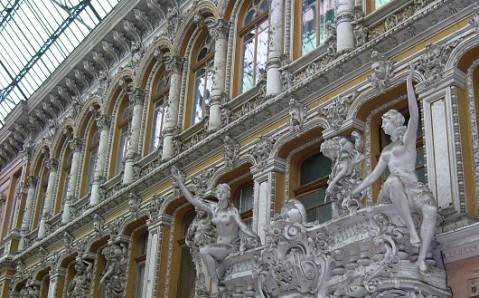 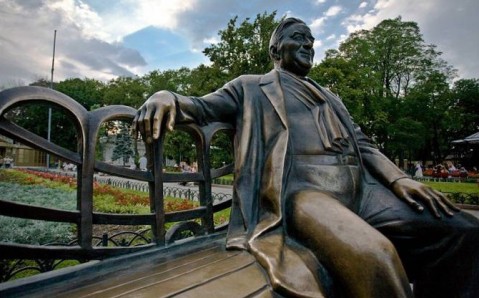 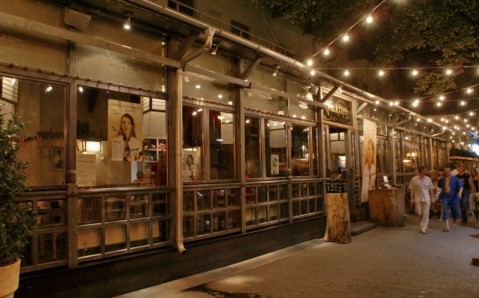 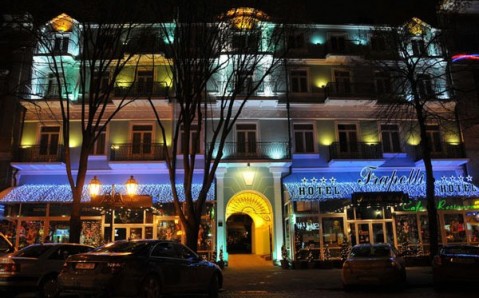 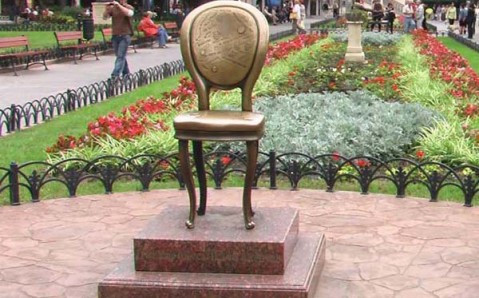 This is Odesa’s most famous street, and one of its symbols. Paved with stone and closed off to vehicles, this cozy little street has for a long time been a favorite place to stroll and meet for both locals and tourists. Ancient buildings, preserving the delightful architectural style of the 19th century, and numerous shops, cafes, and restaurants endow this street with a true Odesa charm.

The landlocked Deribasovskaya, contrary to the original blueprints, became southern Palmyra’s central artery. It appeared almost simultaneously with the city itself and was named after one of its founders, the first mayor of Odesa - Admiral Joseph de Ribas. A wondrous monument stands almost alone at the very beginning of the street, where tourists rarely go.

Odesa’s City Garden, which appeared here in the beginning of the 19th century, is the first city park and it stands adjacent to the street. Today, this green oasis draws tourists not only with its majestic two hundred year old trees, planted here by the city’s ‘fathers’ – de Ribas and de Richelieu – but also with its many unusual monuments and sculptures. The Twelve Chairs monument is especially popular with Odesa’s locals, but is also enjoyed by tourists. It is dedicated to the protagonist of ‘The Twelve Chairs,’ a well-known work of Odesans Ilf and Petrov

Another remarkable sight of Deribasovskaya Street is located at its intersection with Preobrazhenskaya Street. This historical and architectural ‘Passage’ complex, inimitable in its beauty, was created in baroque-eclectic style in 1899. Inside, the building is decorated with sculptures of gods and mythic characters, which are visible even from the second and third floors. Its fantastic appearance the building owes to the House of Fabergé, which owned it at the time. Besides shops, the complex also includes the ‘Passage’ hotel, which is considered to be one Odesa’s most beautiful architectural monuments.