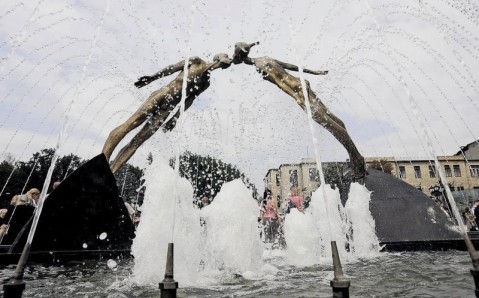 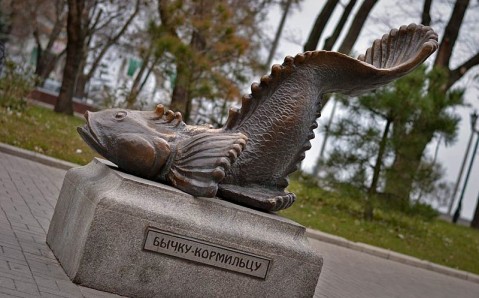 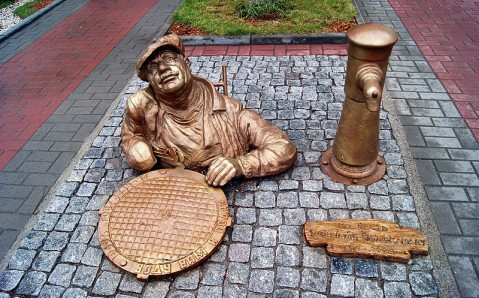 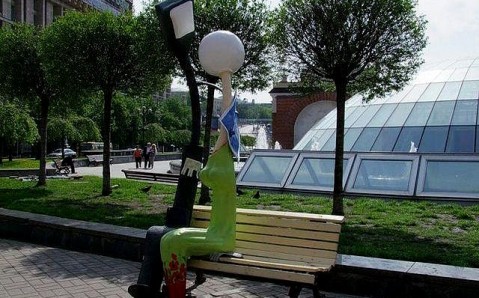 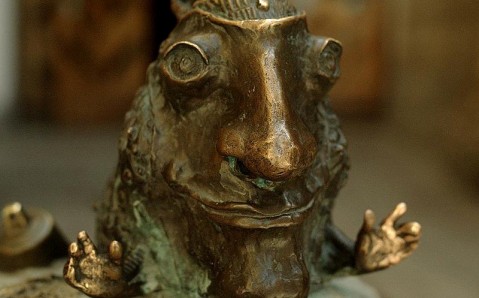 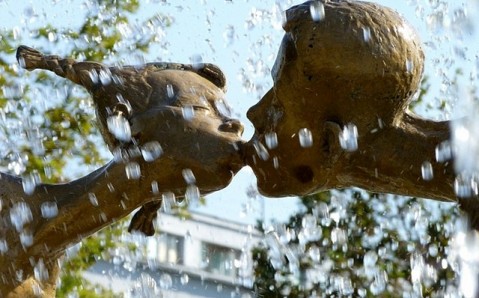 Unusual sculptures, whose main purpose is not to surprise with their grandeur or ancient history, but to cause smile, drawing attention to their original ideas and shapes, can be found side by side with classical monuments having historical and architectural value almost in every Ukrainian city. Peculiar monuments hardly get into popular guide-books, nevertheless, it is often they that are most memorable for tourists and leave the most vivid impressions of a city. We’ve selected Ukraine’s top five funniest and most interesting monuments that are inevitably worth seeing when travelling through the country.

Monument to Smile in Lviv

The Monument to Smile adorns the Armyanska Square in the very heart of the Old City. It is situated near the entrance to the Lviv artistic association Dzyga and is a small sculpture, depicting smiling bronze fish. Another wide smile is situated on the pedestal, on which the unusual monument is installed.

The author of the sculpture states that his major aim was to make Lviv’s residents and city’s guests smile more often. And it must be admitted that he managed to do this: everyone who sees this funny sculpture has to smile and gets in better mood.

Monument to Kissing Sweethearts in Kharkiv

The Monument to Kissing Sweethearts is situated in Kharkiv’s historical center, in the Pushkinska Street. It was built quite recently, but has already become one of the city’s most attractive trademarks. It consists of two fragile figures, a man and a woman, who reach out for each other for a kiss, forming a peculiar arch. This unusual monument is the favorite place of Kharkiv’s sweethearts and newly married couples who traditionally make a wish near it and believe that it’s inevitably come true.

Monument to Bullhead-Breadwinner in Berdyansk

The resort city of Berdyansk, situated on the Azov Sea shore, is Ukraine’s unpublished leader in the number of peculiar sculptures that are installed there. One of them is the bronze Monument to Bullhead – a small fish that saved the locals from starvation during mass famine in the early 30s and in rough post-war times. It stands at the Prymorska Square.

Azov bullhead still remains the local fishermen’s main trade, which keeps up the welfare of the Ukrainian Azov Sea region. Every morning, hundreds of boats go out in order to catch this delicious fish, which is then served at the table of many vacationers in dried and roasted form. Thus, it provides for thousands of Berdyansk families.

Monument to Plumber in Cherkassy

The funny Monument to Plumber is installed at the entrance to the building of Cherkassy ‘Vodokanal’ (municipal water supply organization). It is a bronze sculpture of a plumber in peaked cap and with spanner in his hand. He is trying to get out of the sewer manhole. A hatch cover with inscription ‘I’ve provided you with water’ lies near him. The sculpture was casted of 26 worn-out pipes of the city ‘Vodokanal.’

A fire hydrant, dated to the times of imperial Russia, stands near the plumber. It was found in one of the utility holes in the water supply company’s territory. Trademarks and inscription “Moscow. Joint Stock ‘Company Gustav List’” can be seen on it.

Monument to Loving Lanterns in Kyiv

The interesting sculptural composition depicting two hugging, sitting on the bench lanterns appeared in Kyiv’s very center (on the Maidan Nezalezhnosti) quite recently; its opening was timed to the St. Valentine’s Day. Now it is not only one of the capital’s most unusual monuments, but also a popular place for romantic dates of city’s locals and guests.

Composition’s author states that his creation symbolizes unquenchable love and that making a date at this spot, a loving couple can be sure that their feelings will never cool down.