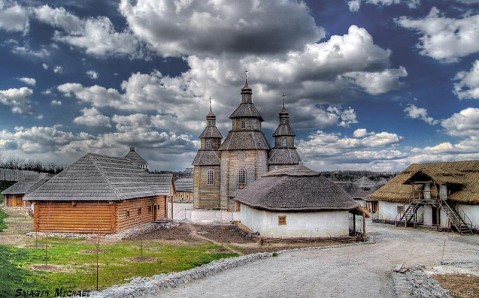 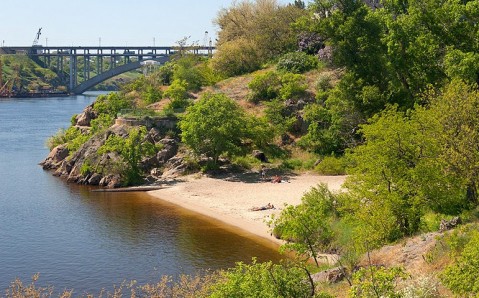 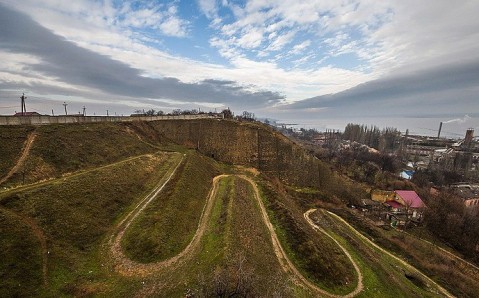 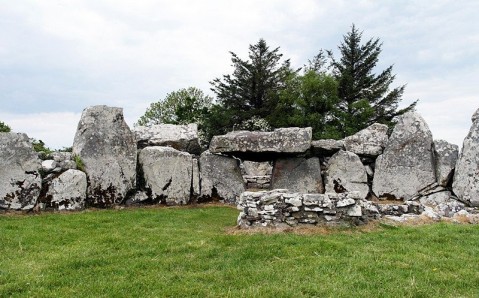 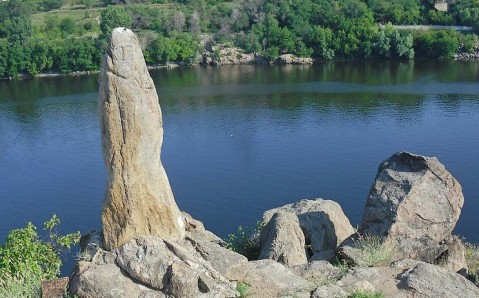 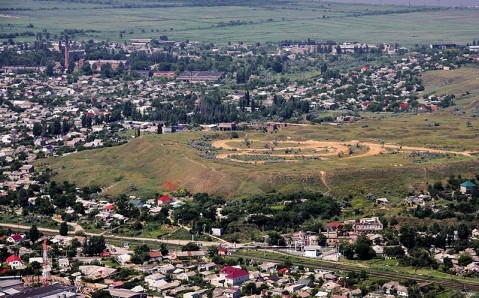 We continue introducing you to the most mysterious and enigmatic corners of the country.

There are many so called Lysa Horas (Bald Mountains) in Ukraine. They are the places where the ancient Slavs used to worship pagan gods. The mountains are called bald because people used to root out trees and other vegetation growing on them in order that it doesn’t hinder the performance of religious rites. Bald Mountains acquired mystical fame after the Baptism of Rus. It is believed that they have become a gathering place of evil spirits since then. One of the most mysterious mountains is the Lysa Hora in Kyiv.

It became notorious in the middle of the 13th century, when Kyivan Rus was defeated by the Mongol Tatars. It is in its caves that survived townspeople sought shelter. The cruel khan didn’t want to lure them from the underground labyrinths and ordered to simply fill up the entrances to the caves. More than a thousand people were buried alive.

In the late 18th century, the Russian Emperor Peter I ordered to build a fortress with numerous underground reservoirs on the mountain. Tons of water from the Dnieper River were pumped into them in order to flood enemy troops in case of attack. But eventually almost three thousand serfs who worked on fortress’s construction were drowned in these wells. Another hundred years later, gibbets were installed on the Lysa Hora and the so called state criminals were hanged there. More than two hundred people were killed and buried on this place within 11 years.

No wonder that having such a history the mountain’s outskirts have gathered a lot of negative energy. A little later, a military unit was stationed there. But it didn’t last long, for soldiers soon ran away because of mystical things that started to happen to them. Soldiers, who were on duty on the mountain at night, even received a special document, claiming that they had nothing to fear, and in fact it was just a game of their fertile imagination.

Getting there. Take a metro train to the Vydubychy station and walk a hundred meters along Stolychne highway.

The Khortytsia Island is known as the cradle of the Cossacks. It is there that the famous Zaporizhzhian Sich that played an important role in Ukraine’s history was located. However, this amazing island had attracted people long before that. Numerous relics of the past, found on its territory, are the evidence of this. Thanks to them Khortytsia acquired mystical fame.

The Scythian idols, on which, according to experienced, it is better not to stumble, are among them. They seem to attract the travelers: in whatever direction a person goes, all roads and paths always bring them back. Those who have managed to escape call their liberation a miracle, and the fate of others – those who were not able to withstand the force of an ancient idol – remains unknown.

In addition, locals advise to avoid the megaliths – old cultic stone constructions. Scientists have discovered peculiar petroglyphs on one of them, found in the north of the island. Nobody has been able to decipher them so far. It is believed that troubles and misfortunes await those who engage in deciphering, as well as those who want to break off a piece of stone in memory.

Getting there. Route taxis go there from virtually any part of Zaporizhzhia.

Situated in the northern part of Odesa Bay, Zhevakhova Hora has probably the biggest anomalous fame. There are no miracles so mysterious that they wouldn’t be ascribed to this place. Those who have visited it state that they saw ghosts wandering along the slope of the hill and unknown animals that allegedly attack neighboring villages. However, Zhevakhova Hora is the most famous for being a magnet for UFO: locals assure to have repeatedly seen unknown flying objects soaring over the hill. People with extrasensory abilities claim that there is a source of powerful radiation deep inside the hill.

The explanation for tremendous energy of this place is probably hidden in its history. Archeologists found out that two and a half thousand years ago, an Ancient Greek sanctuary where people sacrificed to the gods was situated on Zhevakhova Hora’s plateau. There were many such places in the Hellenic world, but Zhevakhova Hora, which was one of the largest sanctuaries in the Northern Black Sea region, turned out to be unique.

Archaeologists have found a few dozens of iconic holes, which were located in accordance with a strict plan and were intended for rituals, associated with fertility, agriculture and the worship of the dead. The goddess Demeter was "responsible" for fertility and agriculture in Hellas. It is in her honor that the Greeks brought the lower parts of vessels as a symbol of the underworld.

In addition to cultic functions, the ancient sanctuary served as a lighthouse and a watchtower that ensured visual connection with the center. Archeologists believe that the so called “fire altar” was located there. A huge amount of reeds and hay was burnt there simultaneously. The sacred fire provided a symbolic protection of Greek polis’s borders and was a beacon for passing ships at the same time.

Getting there. Take a tram No. 20 from Odesa downtown.