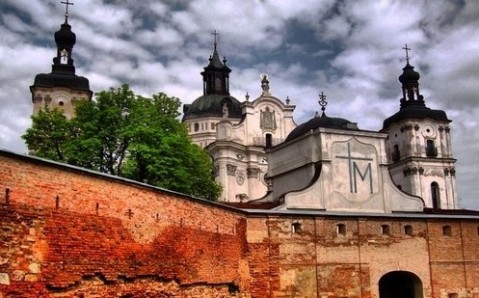 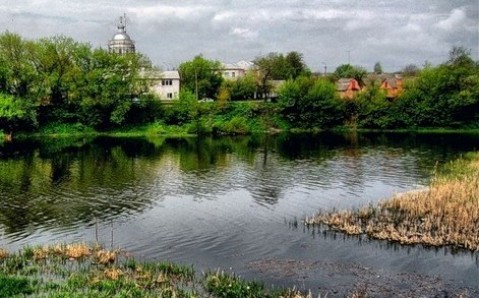 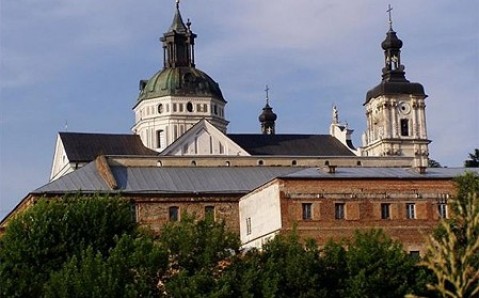 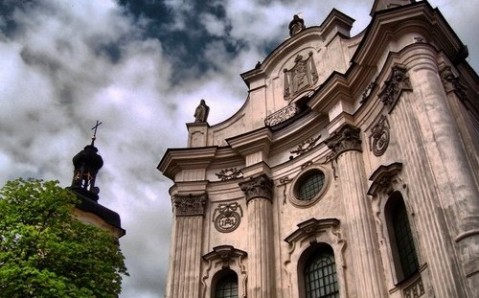 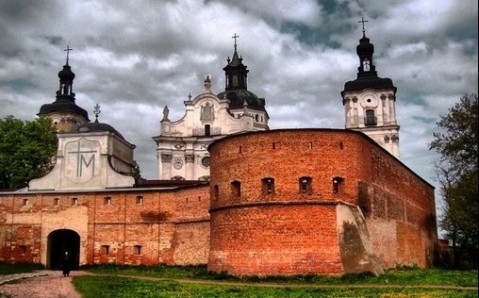 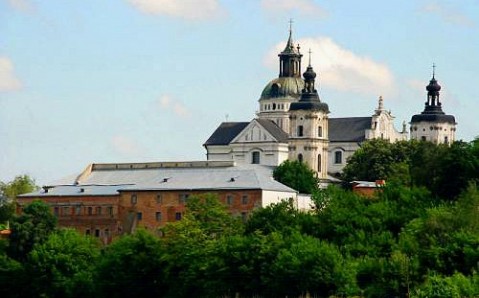 The Monastery of Barefoot Carmelites' Order

The Monastery-Fortress of Barefoot Carmelites' Order is not just, striking with its majesty, cult building of Berdychiv, but also the core, around which the spiral of the rich history of the town winds. It was founded in 1634 by Polish magnate Janusz Tyszkiewicz, the then owner of Berdychiv, who passed his estate palace with nearby settlements in hands of monks of the Carmelites' Order and allocated financial funds for creation of the cloister here.

The construction lasted for eight years, during which Carmelites raised an amazing architectural complex that included underground catholic church, cells, trade vaults and household buildings, they also lengthened the defensive walls of the castle and strengthened them with towers. In 1642 the monastery was solemnly opened, in honor of this event Janusz Tyszkiewicz presented the wonder-making icon of the Most Holy Virgin Mary to the monks. It is this shrine that was later associated with the prosperity of the cloister and the whole Berdychiv. Soon a school, library and print shop appeared at the monastery, and this turned it into important cultural and educational center.

In 1648, however, during the national liberation war of Ukrainian people against Polish dominance the monastic complex was severely destroyed, and the Carmelites themselves had to flee from Berdychiv. Having returned to the town fifty years later, they rebuilt the cloister, paying special attention to the defensive facilities. At the same time the main temple appeared at the monastery - the fascinating Mariyinsky Catholic Church. Built in the baroque style after the project of the prominent Polish and German architects, the cathedral was distinguished by luxurious decor and rich interior decoration.

The World War II became the sad page in the history of the monastery. In 1941 the Mariyinsky Cathedral lost its main treasure - the icon of the Most Holy Virgin Mary: it was burnt in fire. The fire also damaged the buildings of the monastic complex themselves. The restoration of the cloister began only in the late 20th century - the facade and the arches of the main temple were reconstructed, and the burnt cells were rebuilt. The artistic and music schools were located there. In 1991 the upper and the lower monastic churches were handed over to the catholic community.

Today the rich exposition of the Berdychiv museum of local lore, telling about the fascinating history of the town, and several interesting thematic exhibitions are located in one of the cloister buildings - the former priests' house. 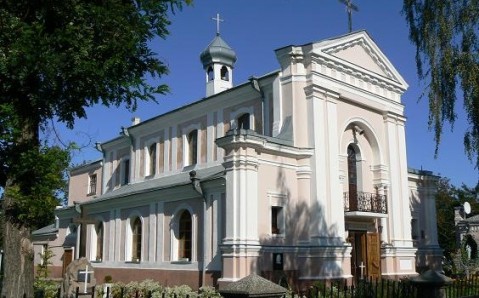