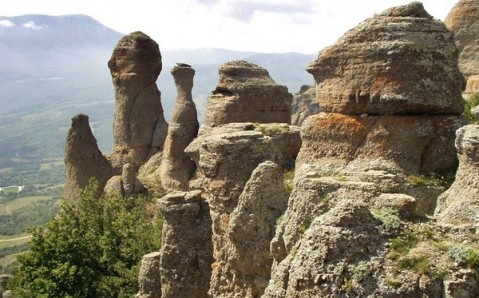 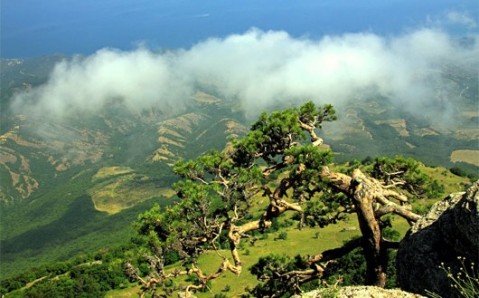 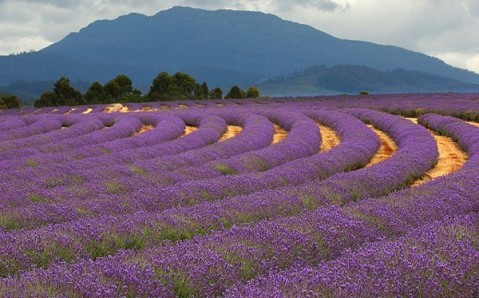 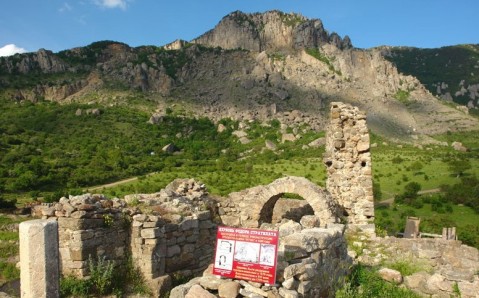 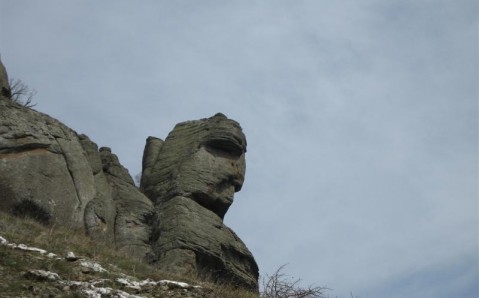 Local residents call Demerdzhi the peninsula’s most valuable treasure. And no wonder: it is one of the most attractive and mysterious mountains in Crimea. The mountain gets its mystery from the unyielding haze that changes its colors like chameleon, dressing up Demerdzhi in multi-colored ‘clothes.’ In the Middle Ages, the mountain was named Funa, which means ‘fuming.’

The present name of the mountain is translated as ‘blacksmith,’ and is connected to an interesting legend. Once upon a time, these lands were attacked by hordes of nomads. Their leader, a blacksmith decided to build a huge smith on the top of the fuming mountain to forge weapons for the conquerors’ army. Soon, men from neighboring villages were brought in work here. All of them died from hunger and fatigue on the mountain slopes.

A girl named Maria wanted to stop this hardship. She asked the blacksmith to close down the hellish smith. But the vicious blacksmith killed her. For this cruelty, he was punished: the mountain opened, and the blacksmith with his smith fell into the abyss. Since then, Funa has been called Demerdzhi, and at its top, contours of a woman's face, who looks like Maria, have appeared. Those tourists who are not familiar with the legend claim that the mountain visage reminds them of empress Catherine the Great.

There are many interesting objects on the Demerdzhi. The ruins of medieval Funa fortress are at its foot, and on its slopes lays one of Crimea’s greatest natural miracles - the famous Valley of the Ghosts. It is a mound of amazing stone sculptures, frozen in the forms of mysterious portraits and fantastic creatures. They tend to change their shape in different lightings, showing new and new images to the spellbound tourists. The haze wrapping around Demerdzhi only adds mystery to these figures.

Getting here. From Alushta’s transit station take a taxi or bus to Luchistoye village, located at the foot of Demerdzhi. Most of the tourist trails leading to mountain start there.