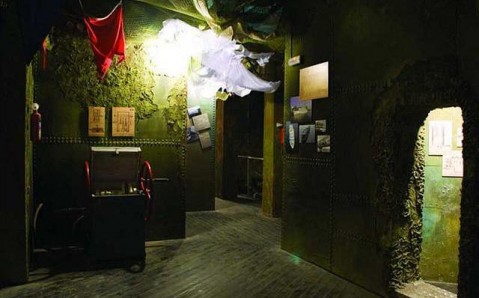 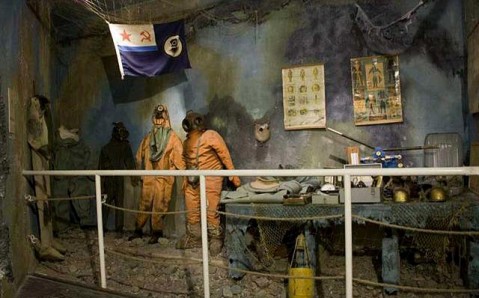 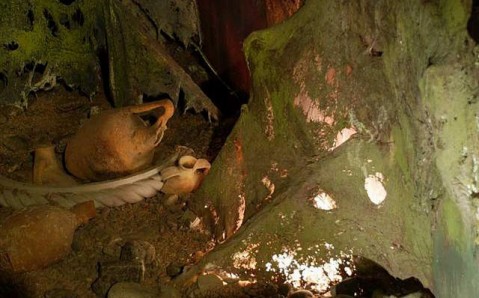 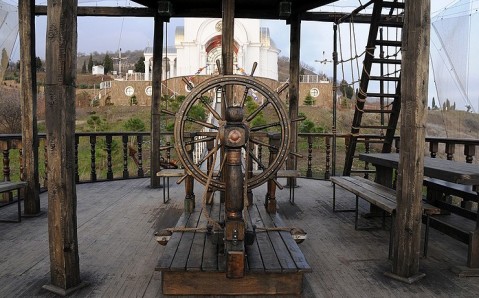 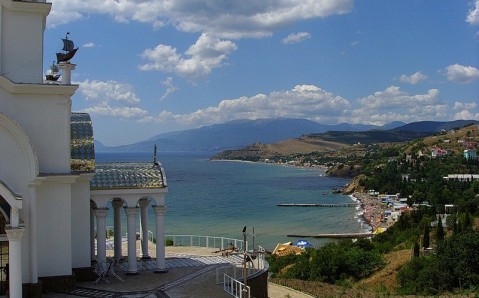 The unique Sea Crashes Museum that was created several years ago in Malorechenskoye village near Alushta has already become one of the most attractive sights on the Southern Coast of Crimea. It's the only museum in the world that is devoted to the most famous sea tragedies. It is located in the building of very beautiful St. Nicolas Lighthouse Temple. Together they build up a memorial complex to commemorate all seamen and travelers, who had fallen a prey to water.

The magnificent white-stone church that stands over the sea on the height of over 50 meters is the highest one on the Crimean Peninsula. Its walls are adorned with frescos and mosaic, and its interior is designed in marine theme - decorated with ship anchors and chains. Stylized as a huge sunken ship, the museum itself lies on the ground floor. The atmosphere of semi-basement room, combined with sea roaring and semidarkness, perfectly renders exposition's heavy mood and creates an impression of being in underwater realm.

The Sea Crashes Museum consists of several cabin-rooms, each devoted to some tragic event in the world navigation's history. Real artifacts, heaved from the sea ground, were used to design the rooms. These include anchors, ancient cannonballs, shreds of fishing nets, covered with mollusks and algae remnants of boats and other vessels, seamen's clothes. Museum's collection totals over 500 exhibits.

Besides sea objects, large screens, showing documentaries about the most famous sea tragedies, are installed in each room. In particular, you may find out the details of Titanic's wreck; of German aviation's sinking the cargo-and-passenger motor ship 'Armenia' in 1941; wrecks of German vessel 'Bismarck' and Russian atomic submarine 'Kursk' and of many other sea crashes.

An original pavilion, designed in form of Flying Dutchman, stands right on the edge of the steep, near the St. Nicolas Temple. It has sail and captain's bridge, from where in fair weather it's possible to see virtually the whole Southern Coast of Crimea .

Getting here. You may take any route bus, going from Alushta in direction of Rybachye village or Sudak.