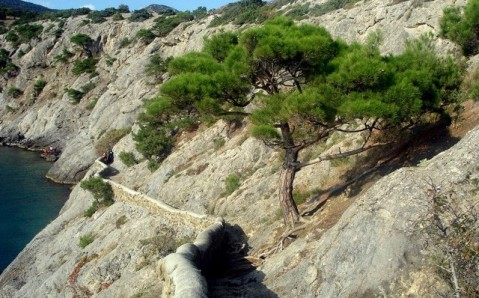 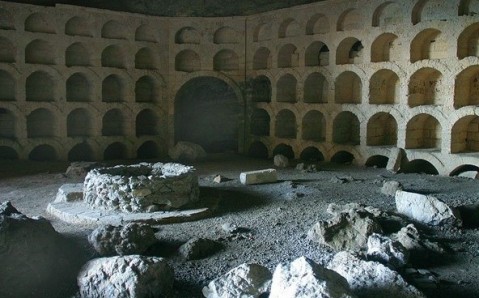 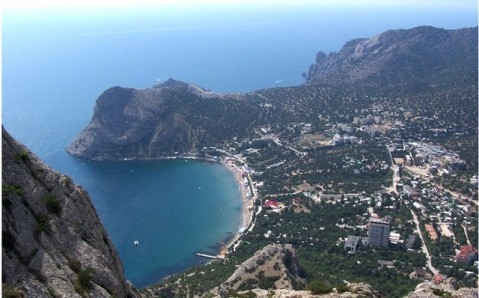 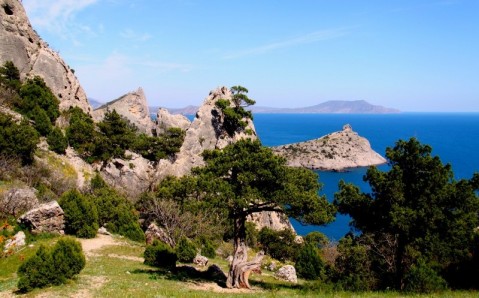 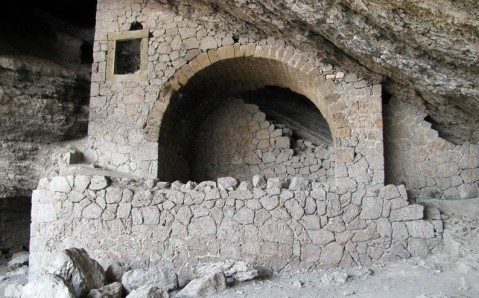 Among all of the amazing corners of Crimea, Novyi Svit holds a special place. This small resort area, situated on the coast of the picturesque Green Bay, is famous for its breathtaking landscapes, unusual reserves, special curative microclimate, and comfortable beaches with clear water.

The godfather of Russian winemaking, Prince Lev Golitsyn, discovered this magical place in late 19th century. Being a local landowner, he built here a champagne factory, which is still in operation. Crimean champagnes are notable for their excellent taste and quality, and are famous far beyond the peninsula. Even today, they are still popular. For the connoisseurs, a museum and a tasting hall of Sparkling Wine was opened in Golitsyn's house. The museum’s exhibition describes the prince’s unusual personality and his life's work – making champagne.

Originally this settlement, because of its heavenly beauty, was called Paradise. But in 1912, after the visit of emperor Nicholas II, to whom the prince gave his estate with the plant and wine cellars not long before his death, the village was renamed into Novyi Svit.

Today's guests of the resort gratefully remember the winemaker, not only when they drink the quality Crimean champagne, but also while walking along the famous Golitsyn path. The scenic trail has beautiful stone staircases and viewing platforms with tremendous views of picturesque nature. The route, over 5 km (3 miles) long, begins in the Green Bay and goes through the territory of natural reserve ‘Novyi Svit,’ famous for its relict juniper groves. Speaking of which, the local air is full of pine, juniper, and mountain herb phytoncides that have a healing effect on the organism.

Golitsyn path leads to a gorgeous grotto, created by the prince to store wine. It is known for its tremendous acoustics. They say that the famous Russian singer Feodor Chaliapin performed here on Golitsyn’s request, and the grotto is therefore sometimes called the ‘Chaliapin Grotto.’ The path leads to a further grotto on the Kapchik Cape. With its underground corridor, the grotto connects two bays, the Blue and Turquoise. The famous royal beach, where Nicholas II used to vacation, was located on the coast of the Turquoise Bay. The grotto used to serve as a banquet hall, where the prince liked to spend time with his family and close friends. Now, anyone can walk along this route!

Getting here. From Sudak’s transit station by taxi or bus, departing every 20 minutes (30 minutes, 5 UAH). The road goes past the picturesque Sokol Mountain. You can also reach Novyi Svit by boat (15 minutes, 40 UAH).