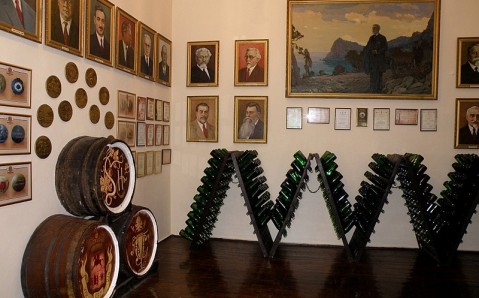 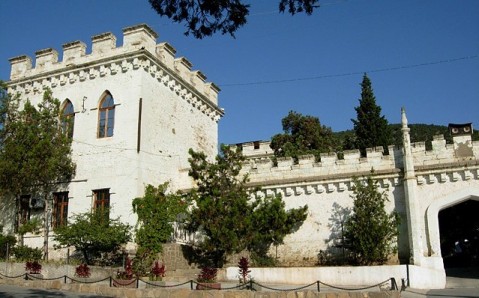 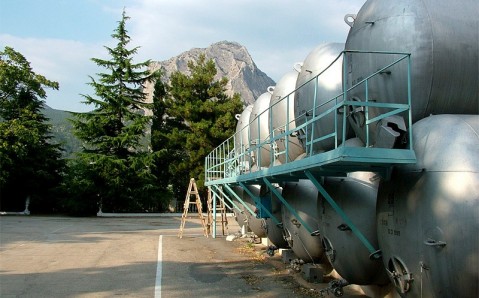 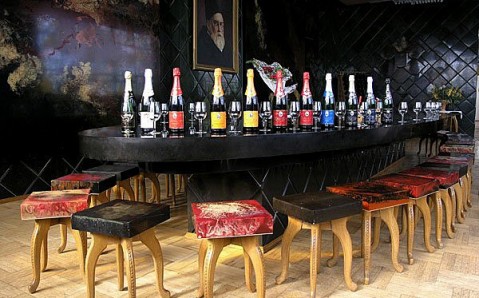 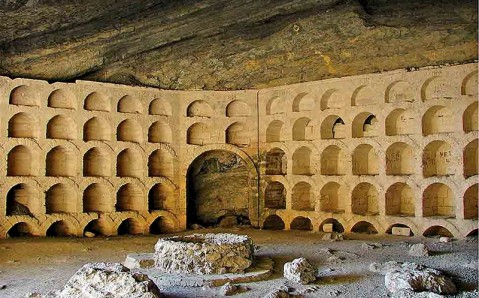 The settlement Novyi Svit became famous far beyond the Crimean peninsula thanks to its amazingly beautiful landscapes, azure bays and wonderful beaches with crystal pure water, as well as the Sparkling Wine Factory ‘Novyi Svit.’ Being the main sight and the symbol of this paradise for more than a century and a half, the factory produces very tasty and high quality sparkling wines that are highly appraised all over the world.

Factory was founded in 1878, when the well-known Russian wine-maker, Prince Lev Golitsyn bought a manor near Sudak and decided to engage in sparkling wine making. He desired to create an exquisite sparkling wine that would be as good as the best French wines; therefore, he gathered a collection of more than 600 sorts of vines and started to experiment. At the same time, the Prince Golitsyn ordered to cut out tunnels in the neighboring rock massifs Koba-Kaya and Karaul-Oba. Sparkling wines were supposed to be ripened and kept there. Several galleries were equipped below the sea level. It allowed sustaining the temperature from 8 to 12 degrees Celsius all the year round. This temperature is ideal for ripening of sparkling wine.

Russian winemaker’s experience, acquired in France, and his unrestrained persistence in experimenting resulted in creation of the upscale sparkling wine with outstanding taste. It could even compete with the famous French wines. In 1890, Prince Golitsyn initiated industrial production of the New World sparkling wine, and six years later, purveyed it to the royal family, who ordered a batch of the excellent Crimean wine for the coronation ceremony of the Russian Emperor Nicholas II. It was then that Lev Golitsyn became the first winemaker who received the right to print the emblem of the Russian Empire on the label of his sparkling wine.

Novyi Svit’s sparkling wines became world-famous after the Paris International Exhibition of 1900, when they were awarded the grand prize. However, even international recognition didn’t save Golitsyn’s enterprise from its sad fate: in 1905, the prince, who invested all his savings in factory’s construction and creation of the vast collection of expensive sparkling wines, had to stop production due to financial problems. As the only possible way out, Golitsyn presented his brainchild to Nicholas II.

But after the October revolution of 1917 and the civil war, the factory was first closed and then nationalized. Production was renewed only in the 1930s. Today, the House of Sparkling Wines ‘Novyi Svit’ continues to produce high quality sparkling wines, preserving traditions that were established by Lev Golitsyn. Now, it produces ten brands of sparkling wine, including brut cuvee, extra brut, brut, demi-sec, dry and sweet wines.

The factory offers theme guided tours, which allow finding out more about the history of the House of Sparkling Wines ‘Novyi Svit,’ delving into subtleties of sparkling wine production, visiting legendary Golitsyn cellars, seeing unique collection of wine samples and, of course, tasting famous sparkling wines of the New World. There is also an additional tour to the factory’s museum, situated in the former Golitsyn’s house. Its exposition introduces prince’s extraordinary personality and his life work: sparkling wine production.