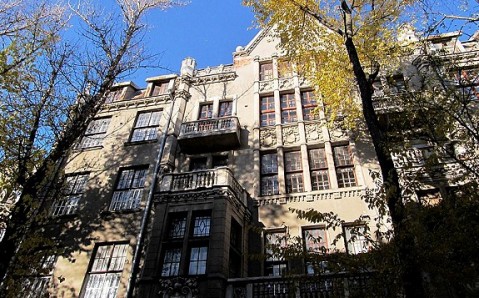 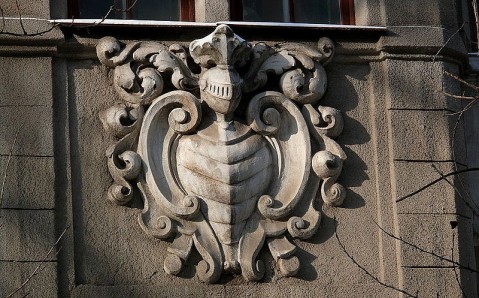 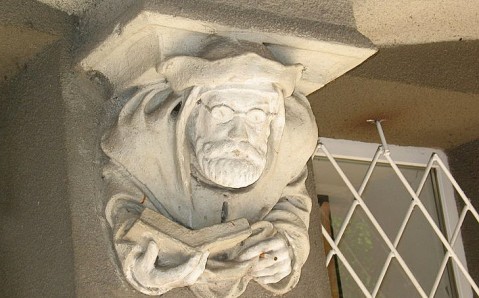 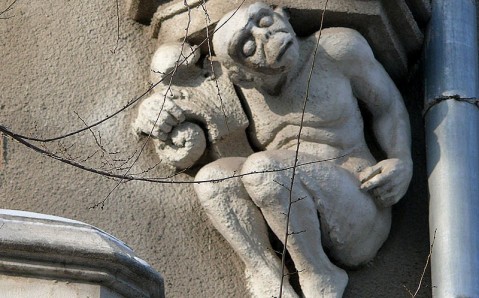 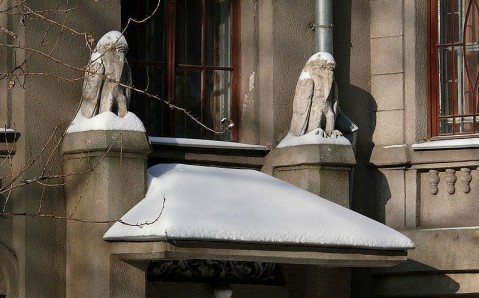 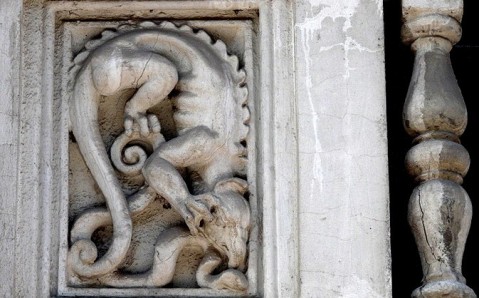 Kharkiv House with Chimeras is rarely included in the list of local tourist sights. It is not as densely ‘populated’ by peculiar creatures as its more well-known fellow building in the capital and is inferior to it in originality of its architecture. Nevertheless, this unconventional building, raised in art nouveau style with elements of English Gothic, is worth special attention.

In the early 20th century, several private gymnasiums for women worked in Kharkiv on par with public ones. One of the most popular schools belonged to Pokrovsky sisters, who realized the necessity to broaden their educational institution and asked their own brother to design a new six-storey building for them. He was a prominent architect who worked as the master builder of the Kharkiv Orthodox Eparchy at that time.

The unusual building was raised in popular art nouveau style, in 1912-1914. Its facade was decorated with knightly coats of arms and sculptures of animals and fantastic creatures: salamanders, lions, wolves, chimeras. In addition to these peculiar characters, Kharkiv house’s walls are adorned with bas-reliefs of the architect Pokrovsky and his assistant, which were added to the project by architect’s sisters without his knowledge. Pokrovsky, depicted as a professor in glasses, and his friend, represented as medieval student clerk, peep out from under the first floor’s balcony.

Two humanoid creatures, which, bending in unnatural pose, prop up elegant columns, coming down from the roof, are symmetrically placed on the main facade of the House with Chimeras, on the level of the third floor. Until recently, they were nameless, but today locals usually call them Gollums, for striking resemblance to the namesake character of John Tolkien’s fantasy The Lord of the Rings. By the way, thanks to building’s current occupants, the students of the theater faculty, the Kharkiv Gollum, which is easier to reach, always has tinted toenails.

The story of the House with Chimeras is as interesting as its design. Pokrovsky sisters’ gymnasium was located there only for six years and was closed in 1920. The building housed various educational institutions during the soviet times and then was boarded up and abandoned for fifteen years. Afterwards, the unusual house was restored and passed to the theater faculty of the Kharkiv Institute of Arts, which is situated there until now.