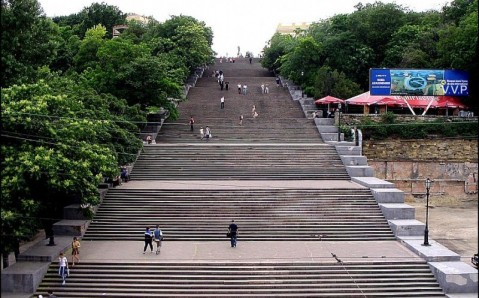 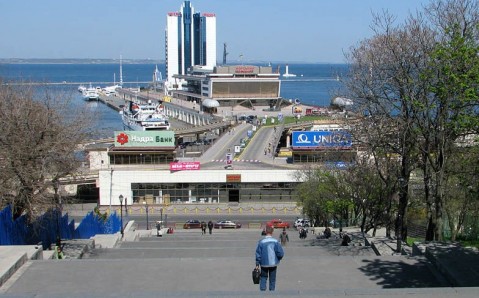 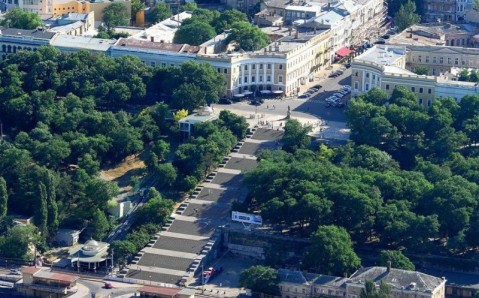 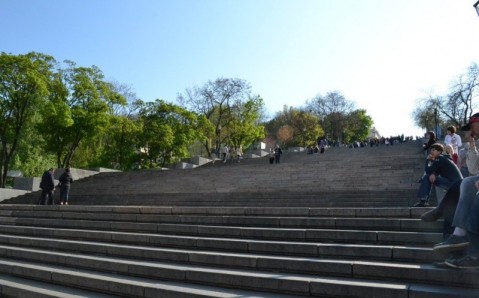 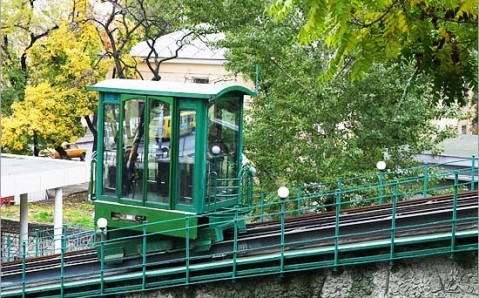 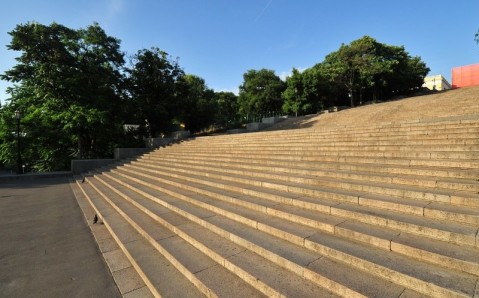 between Primorsky Boulevard and Primorska Street

The Potemkin Stairs (Potemkinskaya Lestnitsa) – one of Odesa’s trademarks – is rightfully acknowledged as one of the most beautiful staircases in Europe, and Odesa’s residents proudly call it the eighth wonder of the world.

This monumental architectural installation, which connects the town center to the port, was created in 1841. Italian architect Francesco Boffo designed it at the request of Novorossiysky region’s governor-general, Prince Mikhail Vorontsov. This was his present to his beloved wife Elisabeth, and, at the same time, a favor to the elites, who lived in mansions on Primorsky Boulevard and dreamed of a convenient way to get to the sea.

The stairs, called in different times Boulevard Stairs, Giant Stairs, or Primorsky Stairs, got their current name not to honor one of their builders, the duke Grigory Potemkin, and not even to thank the crew of battleship ‘Potemkin,’ defended them during the revolution in 1905. The stairs got their name and world fame thanks to the famous film director Sergey Eisenstein, who shot them in his movie ‘The Battleship Potemkin,’ one of the most significant films in world cinema’s history.

Today, the Potemkin Stairs are 142 meters (466 feet) long and have 192 stairs, but once they had the full 200. Eight of them were ‘lost’ during the construction of Primorsky Street, in 1866. The staircase’s skilled created designed the lower stairs to be wider than the upper ones. This creates an interesting visual effect: from the bottom, one sees only steps, and from the top, only the landings. This highlights the majesty of Odesa’s main attraction.

As any other architectural installation of such scale and fame, the Potemkin Stairs are surrounded by many of rumors and legends. It is said that when he visited Odesa for the first time, the former German chancellor Helmut Kohl requested to be taken to the stairs, admitting that he dreamed of gazing upon the sea from their upper steps since he was a child. Odesans also claim that in the old days, smugglers used to hide their treasures in secret spaces under the Potemkin Stairs.

The best way to experience the scale and majesty of the stairs, and to enjoy the fantastic views, is to stroll up and down the staircase. A cable railway that works from 8 a.m. until 11p.m. can assist those who cannot walk the stairs. 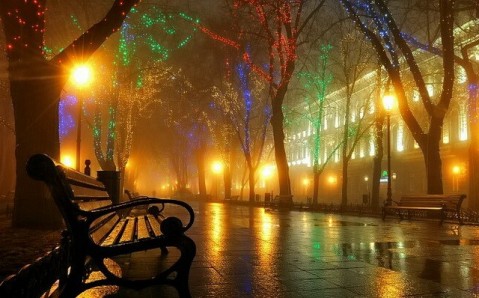