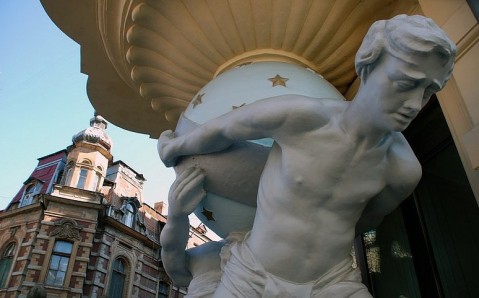 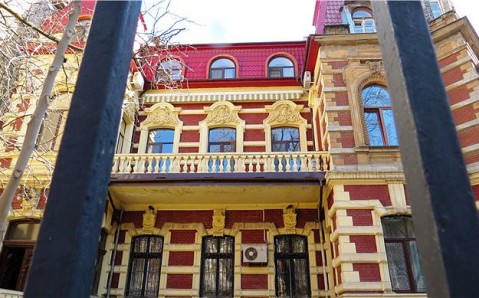 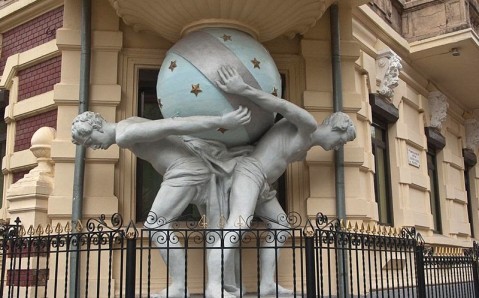 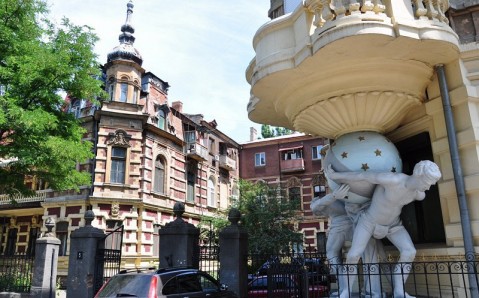 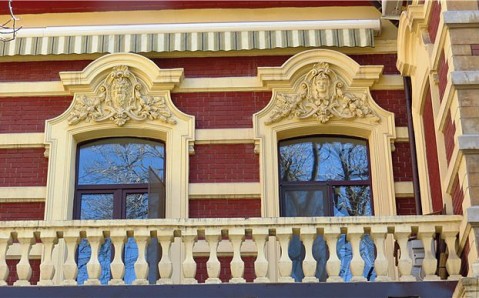 Located in the historic part of Odesa, the House with Atlants is a monument of architecture. It is included in the Top-4 of the most beautiful buildings in the city and it is rightly considered one of the key sights of the Southern Palmira.

Built at the turn of the XIX and XX centuries, the stunning building, which has become the true city’s adornment, was commissioned by German family, Falz-Fein, known as sponsors, philanthropists, collectors of unique selection of art pieces. The baron Friedrich Falz-Fein is also famous as the founder of well-known Biosphere Reserve “Askania-Nova” in the Southern Ukraine, one of the oldest and largest in Europe.

The House with Atlants is a part of the two-building architectural ensemble. The owners lived in the house №5, and the other was a lodging house where spacious apartments could be rented. After 1917, the Falz-Fein family was obliged to abandon revolutionary Russia saving their lives from the Bolsheviks. During the II World War, the House with Altants was a German commander’s residence.

Constructed according to the project of renowned architect, the author of Odesa “Passage”, Lev Vlodek, the chic building attracts with asymmetric shape and complexity of composition. Its façades are faced with terracotta and adorned with sophisticated balconies and cornices; the tall windows are flanked with massive frames, and decorated from beneath with bas-relief.

The architectural detail, which has made the Odesa House famous, is two figures of Atlants holding the heavens. Moreover the Odessa Atlants are pictured different from the conventional architectural canon – they aren’t adjacent to the building’s facade and they don’t hold the heavens along with the first-floor balcony on arms or shoulder, they support them on their backs instead.

Making a visit to House with Atlants, it is indispensable to come and see its patio with original layout, where the beautiful sea and city views can be seen from there.