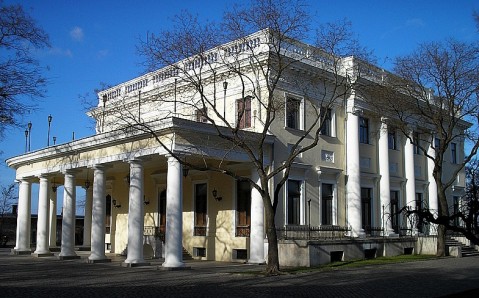 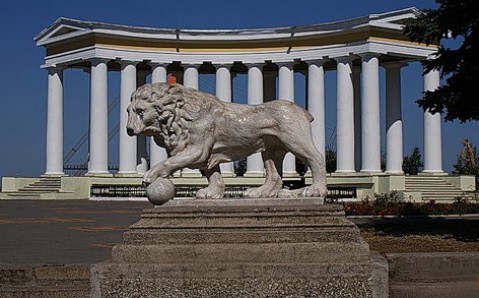 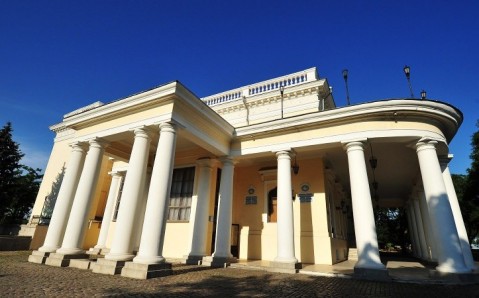 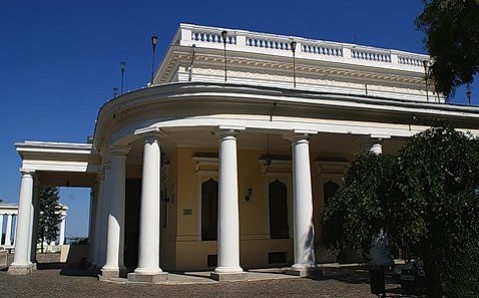 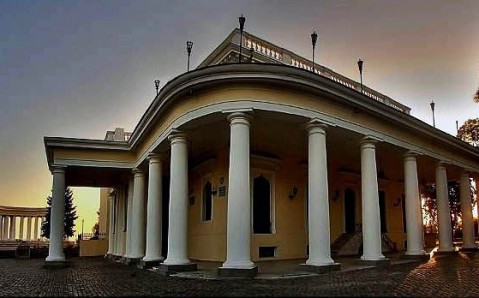 Odesa is famous for the multitude of magnificent buildings in 'royal' Empire style, which make up its unique and very attractive look. One of the brightest architectural monuments is rightly considered the Vorontsov Palace - the manor-residence of the Novorossiysk Governorate's governor-general, Prince Mikhail Vorontsov, whose twenty-year-long cadence is called the Southern Palmyra's golden age.

The palatial complex, consisting of the main building, luxurious belvedere colonnade and household buildings, was raised on the seaside cliff in town's center, in the early 19th century. Created by prominent architect' Francesco Boffo's talent and fantasy, the palace became one of Odesa's most adorable buildings.

Everything here was made in Italian manner and with amazingly fine taste. The building's exterior embodied the best classicism traits, while its interior was designed using predominantly romanticism techniques. Manor's ground floor was especially luxurious. Guest rooms, billiard room, ball hall with fireplace and library were located here. All rooms were richly decorated with stucco work, gilding and expensive mosaic, the walls were adorned with paintings, and huge crystal chandeliers shone in the center.

Some items of interior - for instance, luxurious marble fireplace standing in the gala room - were brought to Odesa from St. Petersburg's Michael Palace. Besides its beauty, this fireplace is also notable for having stood in Russian Imperator's (Paul I) bedroom and having witnessed his assassination.

The first tragic turn in Vorontsov Palace's history happened in the year 1854 - during the Crimean War, when the united English and French squadron bombarded Odesa. The palatial complex's buildings were severely damaged then. By the way, having heard about the bombing, Prince Vorontsov asked to save the unique library collection in the first place. He considered it the palace's main treasure. Valuable books were saved, and donated to the local university later, where they are kept until now.

The palatial complex was soon restored, but it remained the governor's residence only for a short time - in the late 19th century, a men's gymnasium was opened on its premises. And in 1917, with the start of the revolution in Russia, the Vorontsov Palace was turned into the center of Odesa uprising, and later - into the Red Guard's headquarters. These changes, naturally, had a negative influence on palatial complex's condition. Furniture and some decorative items were taken to Vorontsov's other estate - the Alupka palace in Crimea.

In the 30s years of the 20th century, the Pioneer Palace was opened in the former governor's residence. In this status the Vorontsov Palace met the World War II, during which it suffered even greater losses: some buildings were totally leveled to the ground, others were severely damaged.

Today the manor's restored and reconstructed building is the center of children's and youth's creativity. Meanwhile, the restoration works are continued. Their final goal is to return Vorontsov Palace to its historical look. It must be said, though, that even in its present state the complex preserved the traits of its former grandeur and impresses everyone who uncovers its history.