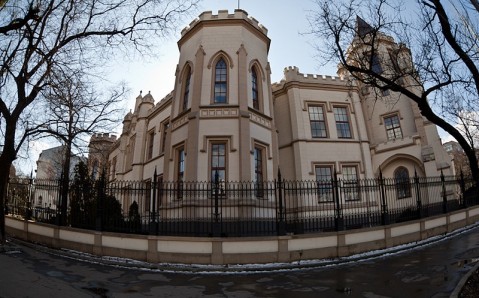 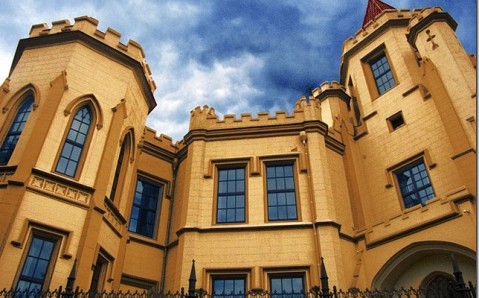 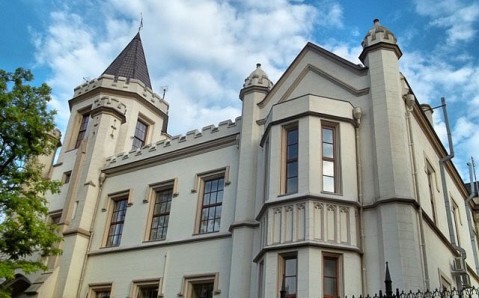 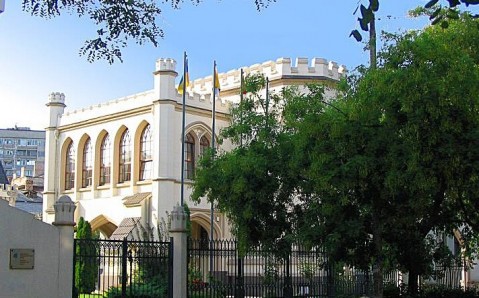 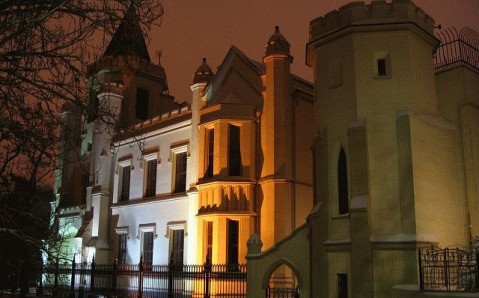 Crowning the abrupt precipice in the historical part of the city, the Shah Palace is rightly considered to be one of the most beautiful and magnificent edifices in Odesa. Constructed in uncharacteristic for Odesa neo-Gothic style, it stands out against other age-old buildings of the city and represents town's true adornment that locals boast about and guests are amazed at over more than one and a half century.

The intricate building of the palace was constructed in 1852 to a design by the architect, Felix Gonsiorowski, for his compatriot, Polish tycoon, Zenon Brżozowski. It was erected on the site of the proposed military hospital, whose construction took longer than planned due to uncertain reasons. Therefore the half-finished building was pulled down. As of today it is a two-storey limestone palace faced with Inkerman stone. Its shapes and decorations are reminiscent of medieval English castles, by which perhaps the architect was inspired. Its thick walls are crowned by battlemented turrets, cut with big ogival windows and arches that imitate the castle style.

Making client wishes come true, the architect designed the palace to produce the biggest impressions from the seaside. It was a perimeter formed by four buildings. There was an open-loop patio in the middle that leaded to the area once featured the fountain. Formerly it was accessible through the monumental arch that imitated medieval turret with wicket gate modeled after drawbridge.

Zenon Brżozowski’s family lived here until 1910, after that the mansion was purchased by Polish count, Józef Schonbek. He turned it into the lodging house. Ten consecutive years, the palace was rented by Persian sash, Mohammed Ali, who was dethroned, banished from his own country, and then he settled down in Odesa. His personality served as a base for the majority of rumours and legends of the palace. They say that upon moving to Odesa, the sash didn’t give up his Oriental customs and decided to organize a harem. He had a habit to get rid of guilty concubines from the ground floor balcony instead of saying them goodbye at the front door. It was a great moral for other girls and a fine amusement for locals. Also, the citizens of Odesa fell in love with overseas guest for his generosity – every time he went out to the city, he would give a lot of presents to everyone who was met at his path. Since then, the locals nicknamed this edifice the Shah Palace. It is known under this name as of today.

In 1920, after Mohammed Ali had left Odesa, the mansion welcomed the House of People’s Arts. Its activities negatively impacted on the state of the building. The palace’s exterior was kept almost unchanged, unlike interiors of this old building that were ruined, including tiled stoves, marble fireplaces, decorative parquet. Only main staircase and lobby were saved.