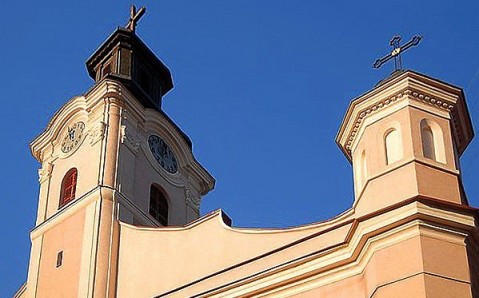 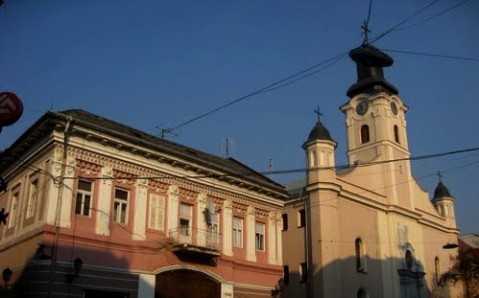 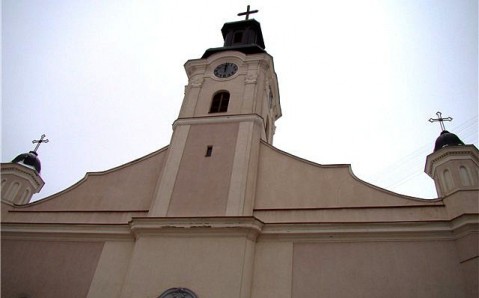 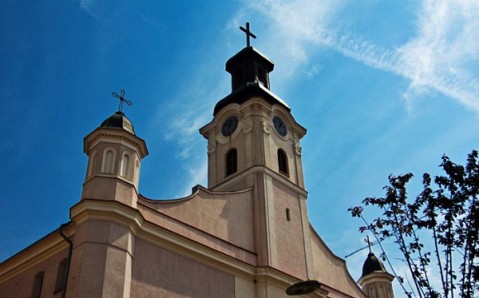 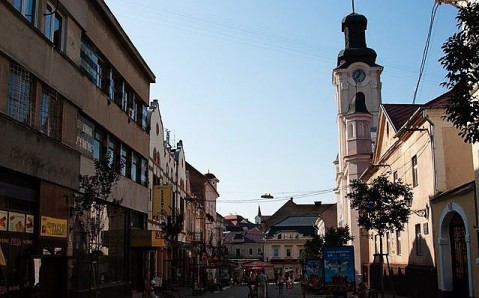 The elegant Catholic Church of St. George decorates Uzhgorod’s historical center for several centuries already and is one of the most ancient catholic temples in the city. Its high, topped with three domelike turrets building is officially reckoned among the most beautiful and remarkable cultic constructions of the ancient city.

Uzhgorod residents owe the appearance of this architectural gem to the town’s former owner Count Druget, who adopted Catholicism and, in 1610, ordered to destroy the Lutheran church, standing near old castle, and to build a Roman Catholic Church on its place. The building processed in high speed, but 10 years later the city’s owner changed and the temple’s construction was stopped. For a long time the unfinished church remained in the center of Reformists’ and Catholics’ discussion and in the early 18th century became dilapidated.

The reconstruction works began only in 1763. However, former project was hopelessly outdated and the architect chose to carry out restoration in the popular in those days baroque style. It is its peculiar traits that can be seen in the modern look of the Catholic Church of St. George. Temple’s interior design was developed by the famous Hungarian architect and was carried out in the same style. Cathedral’s true adornment was magnificent painting, made for the altar, which was finished only by 1895. It is noteworthy that the Catholic Church’s interior decoration didn’t change since those times and still looks the same as two and a half centuries ago.

One of the most famous details in the Catholic Church of St. George is the clock, installed on the tetrahedral tower over the main entrance to the temple. The first clock appeared here in 1820, but it broke down because of the fire, the second clock was also short-lived. The third clock, installed on the church in 1904, still functions without failure.

The Catholic Church of St. George, on par with most cultic buildings in Uzhgorod, was closed during the Soviet period. However, regular restorations helped it to remain intact. The temple underwent the last reconstruction, when Ukraine became independent and the church passed to the city’s catholic community. At the same time, the destroyed during the Second World War sculpture to the Virgin Mary was restored.

Now, the Catholic Church of St. George is not just Uzhgorod’s important catholic shrine, but also, thanks to its original architecture, one of the city’s brightest sights.