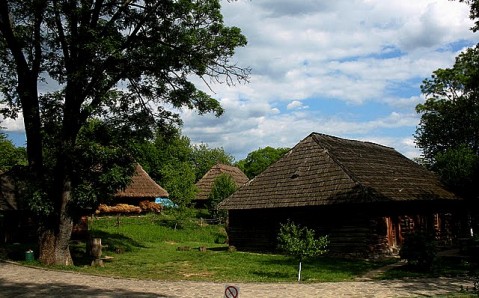 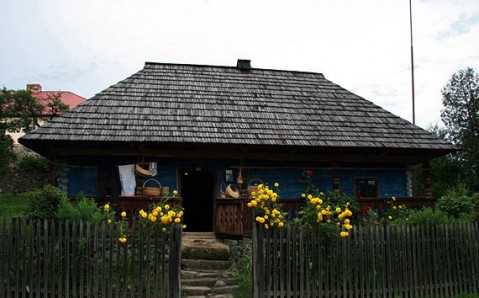 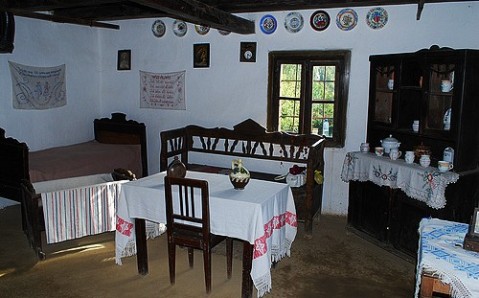 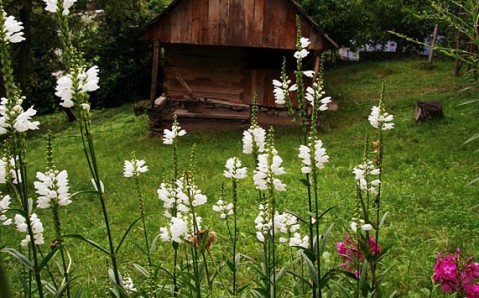 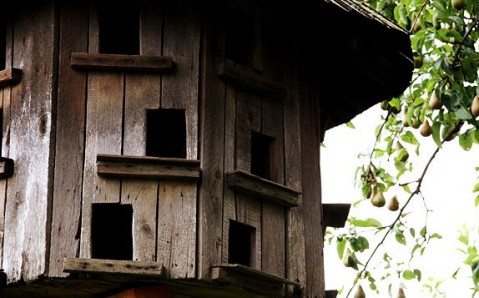 Zakarpattia Museum of Folk Architecture and Heritage, located at Castle Hill’s foot, is one of the most original and interesting museums not only in Uzhgorod, but also in the whole region. This skansen is the oldest museum of such kind in the country and is rightly considered to be the true treasury that keeps unique monuments of Zakarpattia material and spiritual culture.

Authentic wooden architecture samples that represent ethnic traditions of different nations that inhabited Carpathian region – Ruthenians, Romanians, Hungarians, Hutsuls and Boykys – are gathered on the territory of almost four hectares. All exhibits are absolutely unique: ancient buildings and interior objects were collected during expeditions through original Carpathian villages, delivered to the Uzhgorod outdoor museum’s premises and restored there.

Zakarpattia Museum of Folk Architecture and Heritage has an original planning: all ancient buildings are joined together in one harmonic architectural ensemble, which fully corresponds to Zakarpattia region’s landscape. Skansen’s territory includes seven manors, six dwelling houses, buildings of ancient church, bell tower, school, and many household buildings: watermill, smithy, apiary and others. All local structures are true masterpieces of the folk architecture. Typical for certain ethnographic region of Zakarpattia interiors are recreated in each building. They were created using authentic furniture and life objects from respective region.

Museum’s main treasure is the St. Michael's wooden church with three domed towers from the 18th century. It amazes with its uncanny architecture that combines steeple and baroque styles. This ancient temple is considered to be the brightest sample of Zakarpattia wooden architecture. Its interior is adorned with four-tier carved iconostasis, original wooden luster and ancient icons. In addition, the St. Michael’s Church keeps the printed early books and ancient engravings, decorated with artistic embossing and metal casting.

Wooden bell tower, built in the 19th – early 20th century, stands near the church. Its value is that it’s the last functioning hexahedral Hutsul belfry in the world.