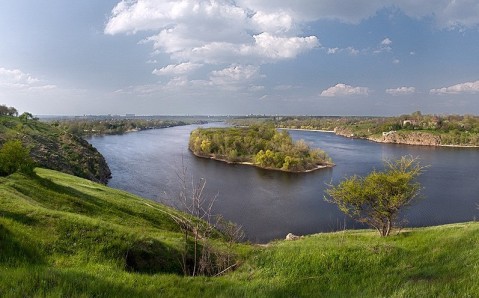 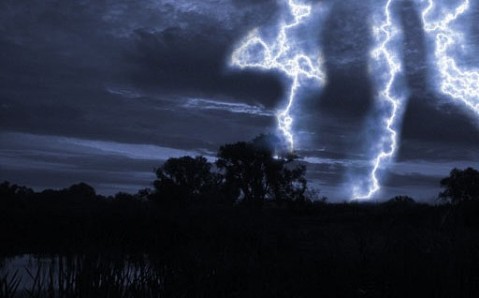 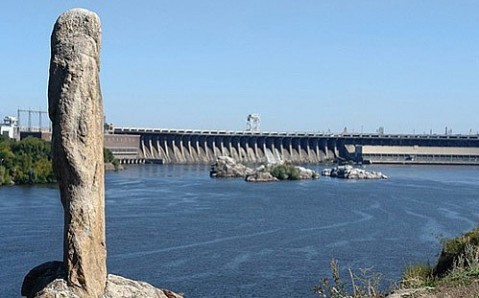 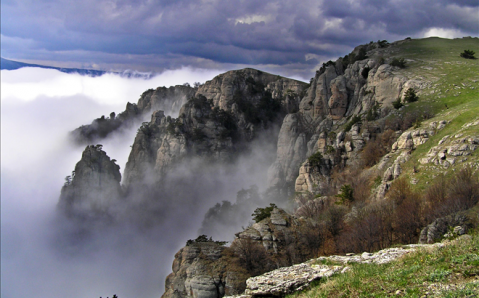 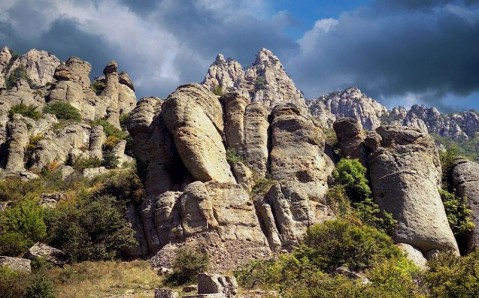 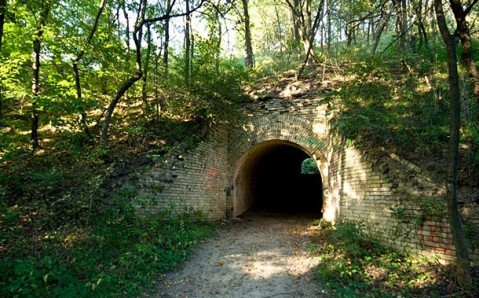 Mysterious, surrounded with a trail of secrets, legends and mystical beliefs places interest people since olden times. Some prefer to avoid them, others on the contrary strive to see these places personally, probably in order to test the effect of all the anomalies attributed to them on their own back. Ukraine has plenty of such mystical places that attract thrill-seekers as a magnet.

Hromovyshche is a nickname of the small village Kupyshche, situated not far from the city Korosten. It got such an unusual name (a derivation from lightning) thanks to the neighboring glade that is famous for being a magnet for lightning during thunder storms. Locals also state that they often see a strange glow there. A powerful ray of light resembling a huge projector rises from the earth to the sky.

An ancient legend attempts to explain this anomalous peculiarity of the glade. According to it, once a country estate of a rich landowner stood there. He was very cruel and exposed his serfs to inhuman tortures and punishments. Finally, he was visited with punishment from heaven: there was a clap of thunder and the landowner was killed by extraordinary powerful thunderbolt. His house was burnt down in a few minutes. Ever since lightning permanently strikes the glade during a thunder storm.

The glade is also famous for the fact that ruins of the age-old building from solid stone blocks, a huge bronze statue and stone slabs with inscriptions in unknown language were found there. These findings suggest that another advanced civilization lived there a long time ago, before the Kyivan Rus.

There are practically no mushrooms and very few plants on the glade, and people report that they feel unwell, once they set foot on its territory. Those who have been there mention that their mood rapidly went down, blood pressure increased and heartbeat quickened. Local residents fear the site and don’t advise tourists to come there. However, fans of extreme sensations often visit the glade looking for adrenaline.

Getting there. Get from Kyiv to Korosten, and then take a bus to the village Kupyshche.

The Crimean Demerdzhi Mountain enjoys ‘anomalous’ fame thanks to its Haunted Valley. It is a conglomeration of amazing stone sculptures that froze in a form of mysterious portraits and figures of fantastic creatures. Being chaotically scattered about mountain’s valley, they can change their shape depending on the lighting. Thus, they demonstrate new and new images to the enchanted tourists. Most often, they resemble a hostile army ranked in bizarre battle formation. And a haze enveloping Demerdzhi adds even more mystery to these figures: those who ever passed through the shrouded in mist valley on the early summer morning claim to have personally seen the ghosts of ancient warriors.

Scientists have a more humdrum explanation of the Haunted Valley’s phenomenon. They state that the peculiar sculptures appeared there, as a result of weathering: during many thousands years, powerful mountain winds ‘carved’ the unusual statues out of rocks, and frequent earthquakes helped them in this.

People with extrasensory abilities often go on a pilgrimage to the Demerdzhi Mountain. They admit that they feed on energy, which is shed by the stone sculptures at certain hours.

Getting there. Take a route taxi or bus from Alushta bus terminal to the village Luchyste, situated at the foot of the Demerdzhi Mountain. Most tourist paths leading to the top of the mountain start there.

The tiny lake that was formed on the place of the salt-mine in the city of Soledar is nicknamed as a fount of abnormalities. Its first unique feature is in the water temperature: it is the deeper the higher. It is about 20 degrees Celsius in the upper layers and rises up to 40 degrees in the depth. Lake’s second peculiarity is in the unusual consistence of the water: at a depth of four to five meters, it becomes impassable for scuba divers and, according to them, resembles liquid glass. This state is usually observed when fresh water turns into the salt one.

Considering Soledarske Lake’s unusual characteristics, it is not recommended to bath and especially to dive in it. But it is possible to walk along its bank and admire the calm surface of the water at any season. Moreover, those who have visited this place claim that after such a walk harmony reigns in the soul.

Getting there. You can reach Soledar on a route taxi or bus from Donetsk or Artemivsk. Get off on the stop ‘Uchylyshche.’