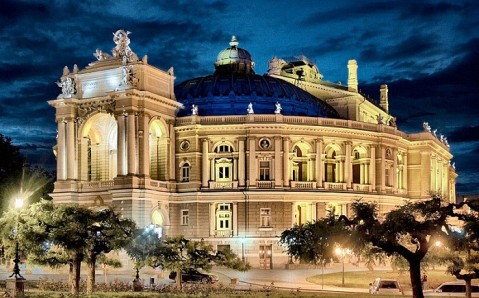 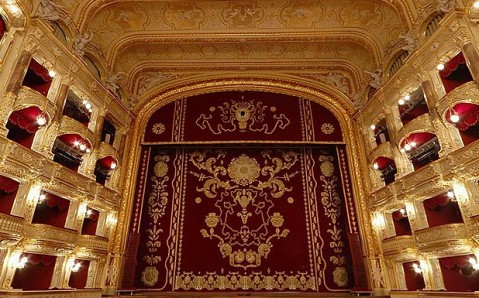 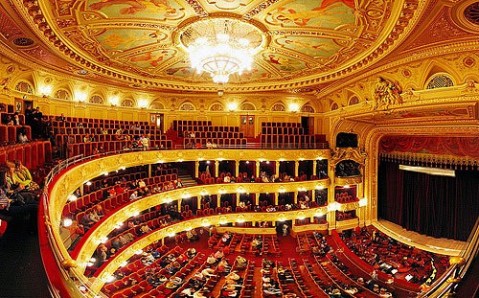 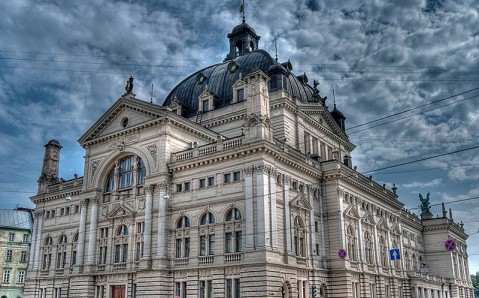 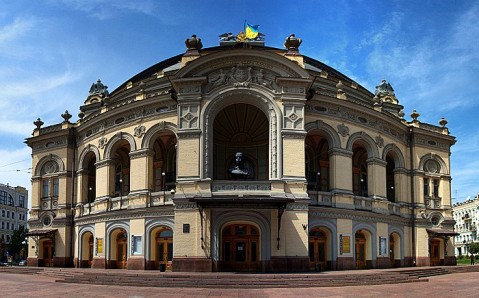 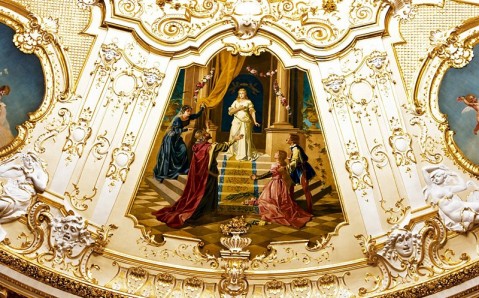 Temple of Arts: the most beautiful opera houses of Ukraine

Splendid opera houses occupy a special place among numerous magnificent architectural sights, for which Ukraine is renowned. It is not surprising, given that most of them were built in the 19th century, when theater and not cinema had the status of the principal art – the theater was idolized and worshiped in those days, and buildings for musical and dramatic actions were constructed with an appropriate scale. Perhaps that is why they are still perceived as authentic temples of art, striking with their exquisite architecture and rich interiors.

We want to introduce you to the three most beautiful opera houses in our country. Each of them is unique and inimitable, having their own forms, history, and atmosphere that preserves energy of great people, who performed on their stages at different times.

Odesa’s locals call their Theater of Opera and Ballet the most beautiful one in the world. This appraisal is, of course, subjective but, although there are probably competitors for Odesa opera house in other countries, it is definitely the most beautiful and majestic one in Ukraine. The building of Odesa musical theater is a true gem of European architecture of the 19th century. It was designed by talented Austrian architects, who are also responsible for many other magnificent theaters of the Old World. The Opera House’s structure and architectural forms resemble the famous Dresden Opera.

The essence of Odessa Opera House’s charm is in its design, which harmoniously combines elements of different styles: Italian Renaissance, Viennese baroque, classical rococo. A group of sculptures depicting the patroness of dramatic art, muse Melpomene in a chariot drawn by four panthers, towers above building’s facade.

The auditorium is considered to be the most delightful part of the theater. Surrounded with elegant walking galleries, it strikes with its splendid decoration: antique columns, sculptures, arches, intricate molding with fine gilding, dark red velvet armchairs, and numerous mirrors. The hall is illuminated with 2.5-ton chandelier, attached to the ceiling that is adorned with scenes from Shakespeare’s plays. Besides its impressive architecture and fantastic décor, the Odesa Opera House is also famous for unique planning and technical data.

It is worth visiting the building not only for a performance, but also for a captivating guided tour, which will help you to discover amazing history of the Odesa Opera House and to learn more about peculiarities of its architecture and technical equipment.

The same as the Odesa one, the Lviv Theater of Opera and Ballet is reckoned among the most beautiful theaters in Europe. Its gorgeous building, which stands in the very heart of the ancient city, is called Lviv’s symbol and gem.

The magnificent building is designed in the classical tradition with elements of bold baroque and reserved renaissance. It strikes with its spectacular and splendid décor: the best masters from Lviv and Europe worked on its design and decoration. Building’s facade is richly adorned with sculptures, columns, niches and balustrades. It is crowned with three winged bronze figures – the Genius of Drama and Comedy, the Genius of Music, and the Genius of Glory with golden palm branch in hand.

Lviv Opera House’s beautiful and rich interior is charming as well. It was decorated using several kilograms of gold and colored marble and is adorned with amazing paintings and sculptures. The mirror hall, which got its name thanks to the mirrors placed opposite each other and creating illusion of endless tunnel, draws particular attention.

In addition to performances, interesting excursions that allow learning more about the history and legends of this amazing architectural monument are held in the Lviv Opera Theater.

The National Opera of Ukraine is the biggest musical theater in the country and its magnificent building is considered to be a genuine architectural gem of the capital. The opera house stands among age-old buildings of the ancient Kyiv.

Opera’s elegant building was erected in the French Renaissance style. Its unusual semi-oval facade is richly decorated with stucco work, and the main entrance is adorned with allegorical composition: griffins holding a lira, the symbol of musical art.

Interior decoration of the Kyiv Opera House is dominated by velvet, gilding, marble and bronze, and magnificent, custom-made in Vienna, crystal chandeliers illuminate the room. All this creates an atmosphere of grandeur and luxury, which is inherent in all music and drama theaters of Europe. One of Kyiv opera’s main treasures is an organ, made by masters of well-known Czech company Rieger-Kloss.