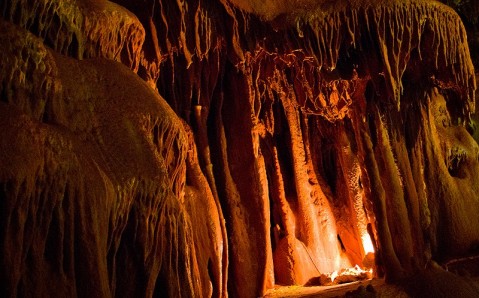 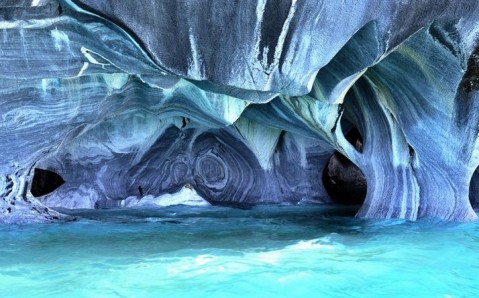 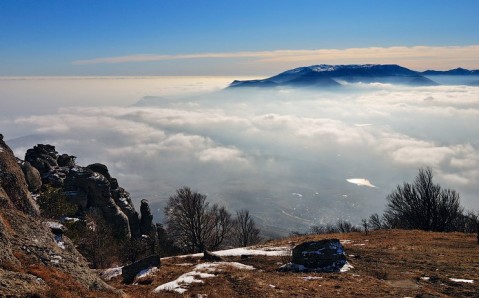 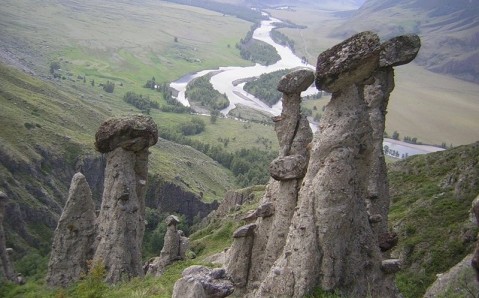 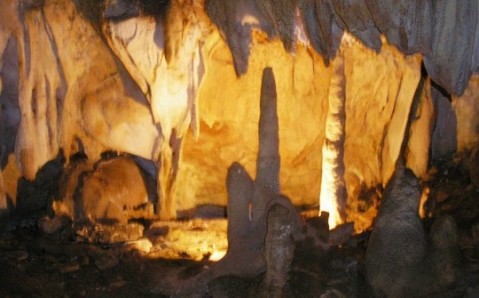 The Chatyr-Dag mountain massif is one of most famous and most visited in Crimea. It is one of the five tallest mountains on the peninsula, standing at over one and a half thousand meters (4,920 feet) high. In clear weather, you can see nearly all of Crimea from the top of Chatyr-Dag. The name of the massif is translated from the Turkic as ‘tent-mountain,’ and from afar, this stone giant’s silhouette really does look like a big tent.

Chatyr-Dag it is famous first and foremost for its peculiar caverns. Numerous caves, mines, craters, and pits dot its large body. Because of this, tourists and speleologists often compare Chatyr-Dag to Swiss cheese. Two caves unique in their beauty – the Marble and the Emine-Bair-Hosar - are considered to be the main sights of the mountains. They were opened to the public only recently, but have already become world famous.

The Marble Cave is the best known and the most impressive cave on Chatyr-Dag, considered to be one of the most beautiful in the world. Its length exceeds 2 km (1.2 miles), and depth – 60 meters (197 feet). The cave, millions of years old, is a complicated system of galleries and halls decorated with stalactites and stalagmites of strange forms. Its dripstones have hardened in the form of amazing flowers, columns, and even what looks like fairytale characters. It is difficult to believe that all these delightful figures were created by nature with only the help of water and time.

The Emine-Bair-Hosar Cave is another amazing treasure of the Chatyr-Dag. It is a real underground kingdom, with many galleries, halls, and tunnels; each has been ‘decorated’ by the nature in a unique way. The cave, nearly 2 km (1.2 miles) long and 125 metres (410 feet) deep, has five levels. Each of them watches over unique riches, which include multi-colored, shining crystals, or an underground, 6 meters deep (20 feet) lake. The bottom galleries are considered the most beautiful; it is a natural mineralogical museum-reserve of Crimea.

Emine-Bair-Hosar is also called Mammoth cave – apparently because the cave features a little mammoth’s skeleton, who likely became trapped in the cave about 40,000 years ago. By the way, speleologists have also found the remains of other animals from the ice age in the cave, which has stimulated experts to create an original museum of the paleontologic and geological finds that were discovered in caves across the peninsula.

Getting here. It is possible to reach Chatyr-Dag on your own - from Alushta or Yalta by bus going to Simferopol. You should drive up to Angarsk pass or Perevalnoye village, where the majority of tourist trails start. However, it is best to take special tours of the caves of Chatyr-Dag, which can be bought in tourist bureaus of Yalta and Alushta. The cost of a one-hour excursion of the Marble Cave is 50 UAH for one person; the cave of Emine-Bair-Hosar - 60 UAH.