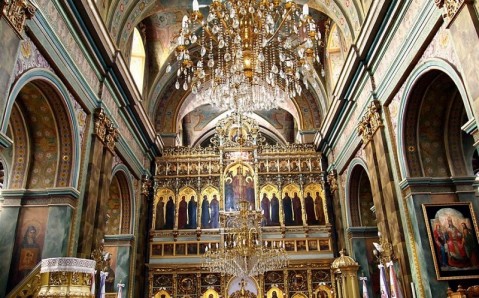 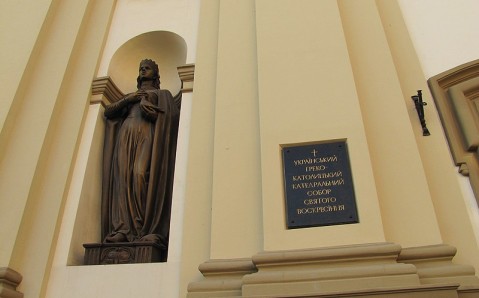 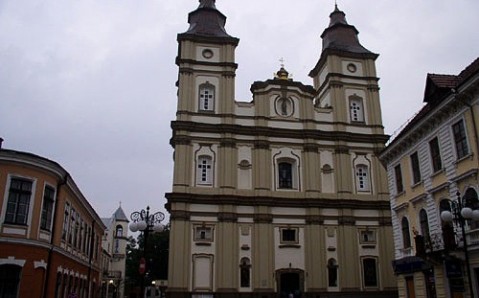 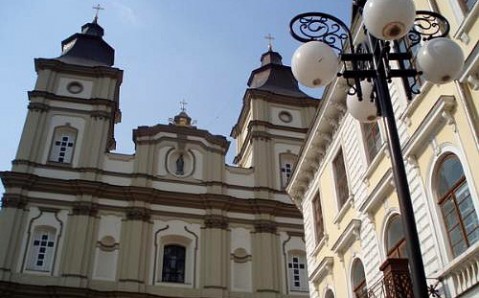 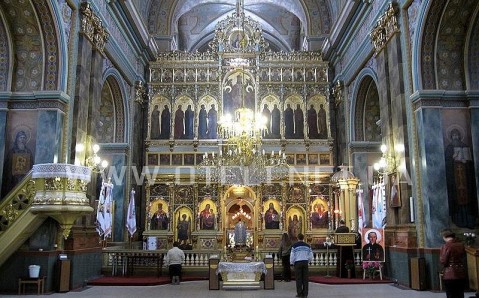 Cathedral of the Holy Resurrection

The majestic Greek Catholic Cathedral of the Holy Resurrection, whose slender silhouette adorns town's main square (Rynok), reckons among the most beautiful and famous architectural monuments of Ivano-Frankivsk. Strolling through town, it's impossible to oversee its luxurious light building that absorbed the brightest baroque and classicism traits!

The temple owes its origin to Jesuit monks. They came to Ivano-Frankivsk in the early 18th century and founded a catholic church on the place of the older church, burnt during Turks' siege of the town. From the very beginning it was clear that cathedral's destiny would be unusual: when constructors were digging the trench for future temple's foundation, they found a real treasure - 14 thousand zlotys. Their greater part was spent on church's building.

The Jesuit cathedral was solemnly opened in 1729, but 20 years later, due to fallacious design, irreparable cracks developed on building's walls and the church was pulled down on safety grounds. New temple's construction - this time upon another, more reliable project - started a year later and lasted for 10 years.

In the late 18th century, Ivano-Frankivsk became a part of Austria-Hungary. And, due to official ban on the Jesuit order's activity on the Hapsburg Empire's territory, the monks were banished from town and their church, along with monastery, was closed. Its premises passed to town community.

Almost hundred years of desolation adversely affected its condition. Temple's reconstruction started only in 1885, when it passed to Ukrainian Greek Catholic Church and got its modern name - the Cathedral of the Holy Resurrection.

At the same time, the church acquired its new styling. Figures of the St. Vladimir the Great, baptizer of Kyivan Rus, and of the first Russian female Saint - Princess Olga - appeared on its facade astride the entrance. The interior that survived until now was carried out predominantly in Byzantine style and amazes with its decoration's luxury and richness. Its main adornment is the five-layer iconostasis, installed in 1901, and main altar's baroque sculptures.

Former Jesuit monastery's building with Collegium survived near the Cathedral of the Holy Resurrection. Today one of Ivano-Frankivsk Medical University's academic buildings occupies it.